HDP and PKK: Hand in hand for bloody terrorism 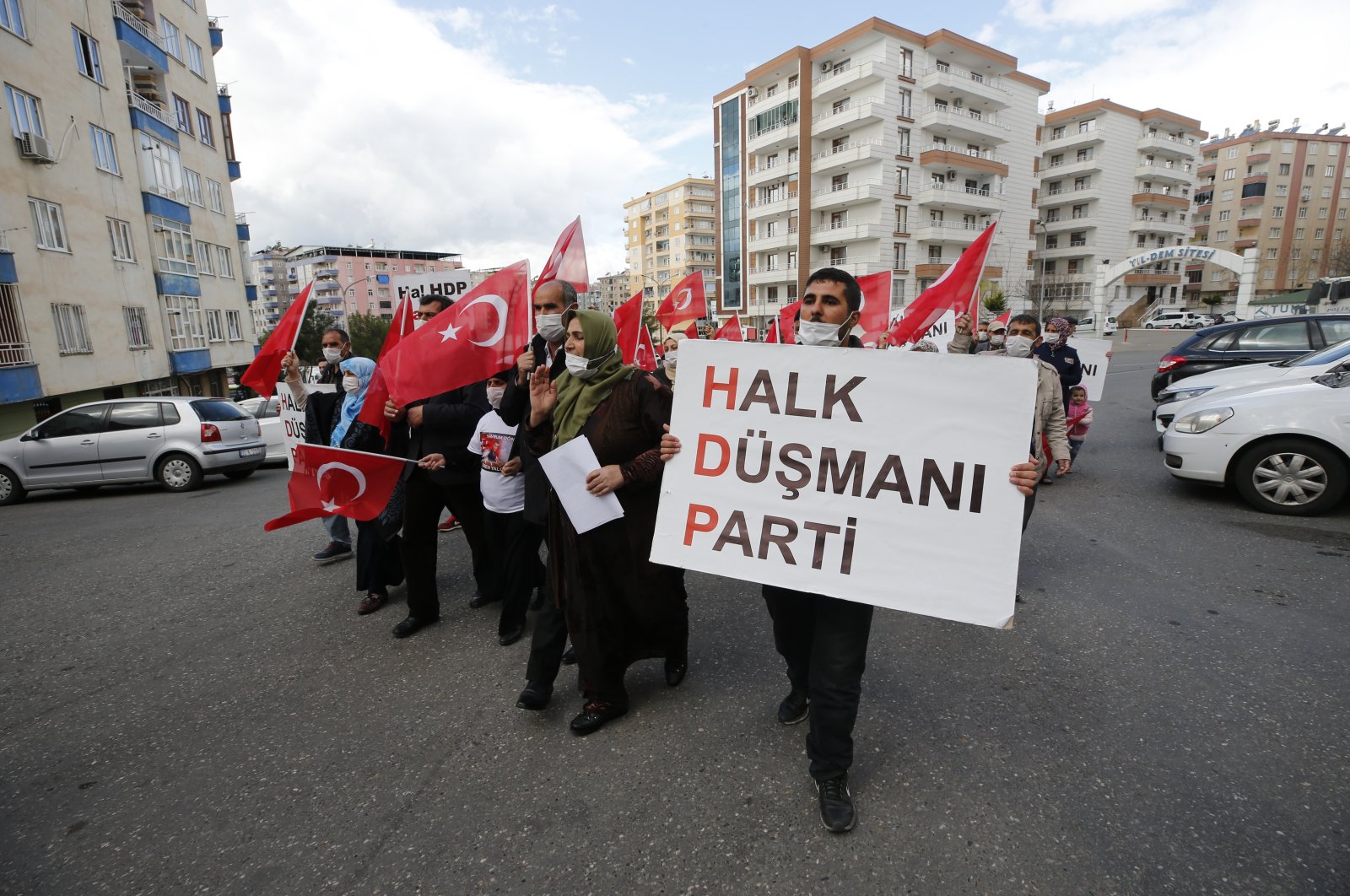 Kurdish mothers participate in a protest to demand the return of their children abducted by the PKK terrorist group and the closure of the pro-PKK Peoples' Democratic Party (HDP) in front of its Diyarbakır headquarters, southeastern Turkey, March 18, 2021. (AA Photo)
by Hilal Kaplan Mar 19, 2021 12:05 am
RECOMMENDED

Herri Batasuna was a political party in Spain's Basque region whose votes varied between 15% and 18%. Party officials denied allegations of affiliation with the separatist organization ETA, an acronym for the Euskadi ta Askatasuna or “Basque Homeland and Freedom.” However, from its chosen representatives to discourses, the organic relationship was revealed on numerous occasions.

Initially, the ETA-linked newspaper Egin was closed down following the instructions of Spanish Supreme Court Judge Baltasar Garzon. Afterward, a lawsuit against Batasuna was filed requesting punishment for 23 articles due to not qualifying the ETA as a terrorist organization, nominating political prisoners as candidates, not condemning ETA terrorist attacks on various occasions, hanging posters in support of terrorism, as well as provoking the public against the government via party spokesperson statements like: “We will continue our contestation every way possible, legal or not."

Consequently, Batasuna was first suspended for three years in 2002, banned in 2008 and could not enter the 2009 elections.

When the case was brought before the European Court of Human Rights (ECHR), it made a decision that set a precedent. The ECHR unanimously dismissed Batasuna’s objection. Thus, Herri Batasuna was classified as a part of the ETA by the EU.

When looking at the records of the Peoples' Democratic Party (HDP), the political arm of the PKK, which is recognized as a terrorist group by the EU and U.S., it becomes clear that the crimes associated with the HDP well exceed that of Batasuna’s. As a matter of fact, members of Parliament from the HDP have never even denied their ties with the PKK.

For instance, they accepted their PKK ties in statements at Parliament, saying things like: "We are all Kemal Pir (one of the PKK founders)" or "(the imprisoned PKK leader Abdullah) Öcalan is our leader."

Detained ex-HDP co-Chair Selahattin Demirtaş did not just assert Öcalan as their leader, he went a step further during his speech at the Brookings Institute where he claimed: "We do not see the PKK as a terrorist organization, rather, it is an armed civilian group." Similarly, HDP lawmaker Abdullah Zeydan insulted and threatened the Turkish nation by saying, "The PKK will drown you in its spit!"

The HDP's PKK propaganda has surpassed relatively "innocent" methods like posters and slogans. They performed every possible action that could be done in the name of terrorist propaganda, such as attending the funerals and wishing condolences to PKK terrorists, in a way that would be reported by the media.

Furthermore, while propaganda implies more indirect support, it is known that HDP deputies have personally aided and abetted the PKK. Most recently, an HDP deputy named Nuran Imir was caught on police cameras while stealing a PKK suspect's mobile phone from the police, in other words, obscuring evidence.

Some two years ago, a wanted PKK terrorist was caught in HDP lawmaker Murat Sarısaç’s car, and it was revealed that the same terrorist had also stayed in Sarısaç's house. In 2017, HDP Deputy Faysal Sarıyıldız was caught delivering weapons to the PKK using his personal vehicle.

With all these obvious signs, how can a democratic state allow a party that has resorted to violence and impropriety sustain its political life, as if it does not pose a great danger?