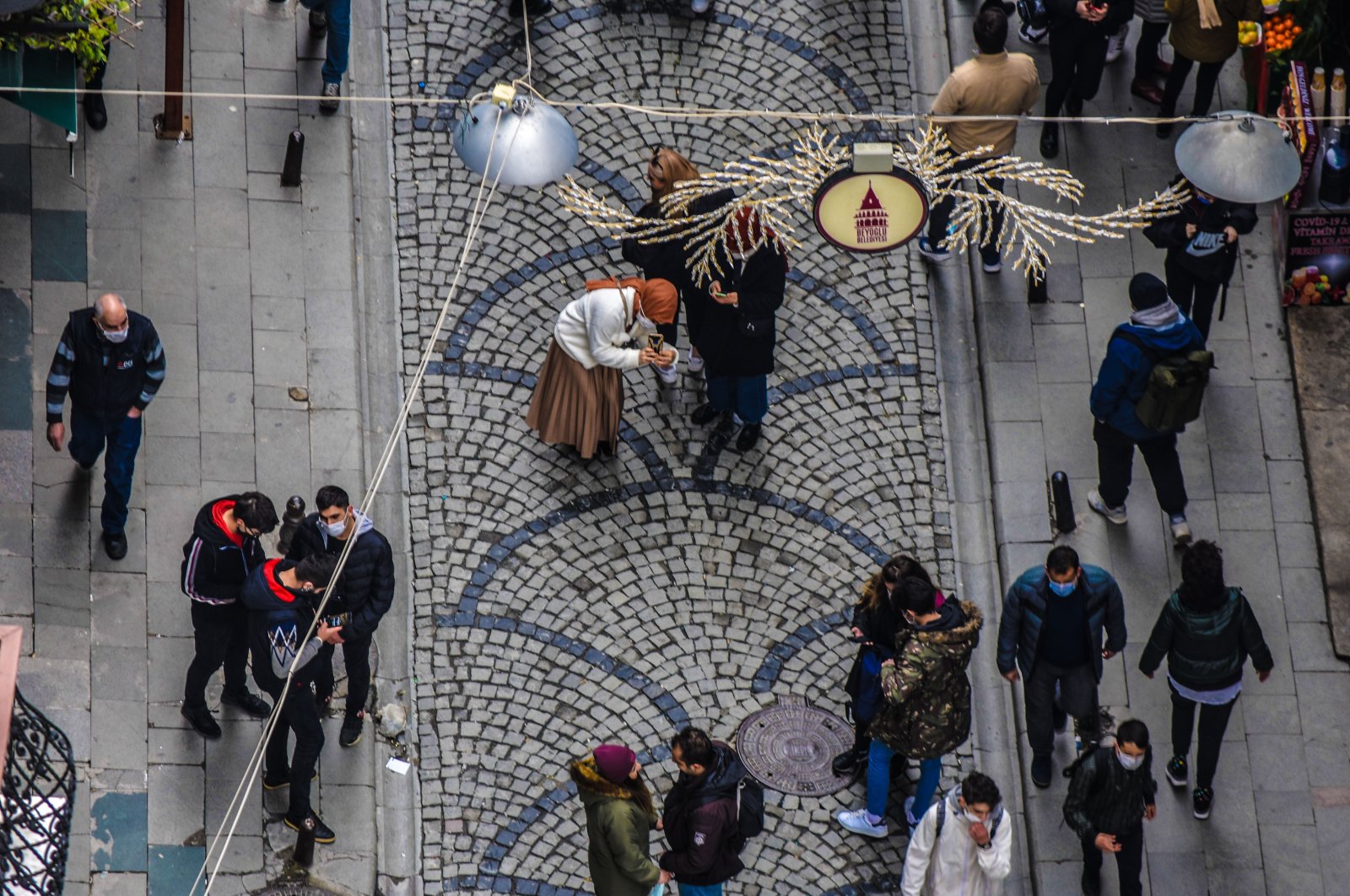 People wearing protective face masks against the coronavirus walk on a street in Istanbul, Turkey, March 3, 2021. (Photo by Getty Images)
by Ihsan Aktaş Mar 08, 2021 12:05 am
RECOMMENDED

One of President Recep Tayyip Erdoğan's most outstanding features as a political leader is his capacity to make surprising and unconventional moves. Both on domestic and foreign affairs, he has always managed to come up with unexpected courses of action.

Erdoğan well knows when to take a political step. His ability to both daringly and realistically calculate his own power of maneuver has enabled him to come to the forefront in the international arena.

After a seven-year-long struggle against internal and external threats, the ruling Justice and Development Party (AK Party) government has recently launched a process of restoration in domestic and foreign realms of Turkey.

In the midst of heated controversies in politics, Erdoğan announced reform packages in the administration, judiciary and economy. Besides, he initiated the process of making a new civilian and truly democratic constitution.

Could this radical course of action be a strong political and economic message toward the international arena?

After listening to the presentation of the plan, one of the jurists in the field of human rights expressed his astonishment and enthusiasm about this new course of action.

As a social scientist, I was also impressed by the magnitude and elaborateness of the plan, which includes nine main headings which cover various fields of human rights in meticulous detail.

Relying on the principle of “let people live so that the state will live,” the plan's main motto is self-explanatory: “Free individuals, a strong society and a more democratic Turkey!”

The main headings of the action plan are as follows:

In Turkey’s former experiences in the field of human rights, governments took their courses of action according to the demands of the Western states.

Thanks to Erdoğan's political vision, however, the AK Party government and its successful justice minister have initiated a human rights action plan in accordance with the expectations of the Turkish people.

The AK Party governments have a strong tradition of closely supervising the implementation of reform processes by ensuring the support of public opinion, informing the global media and incorporating academicians and experts.

In order to construct a healthy democratic system in Turkey, it is crucial to strengthen this democratic spirit which attempts to make a new constitution by taking a radical course of action in the field of human rights.

As opposed to the anti-democratic spirit of the 1982 Constitution, the Turkish democracy shall be not only respectful towards but directly rely on human rights.