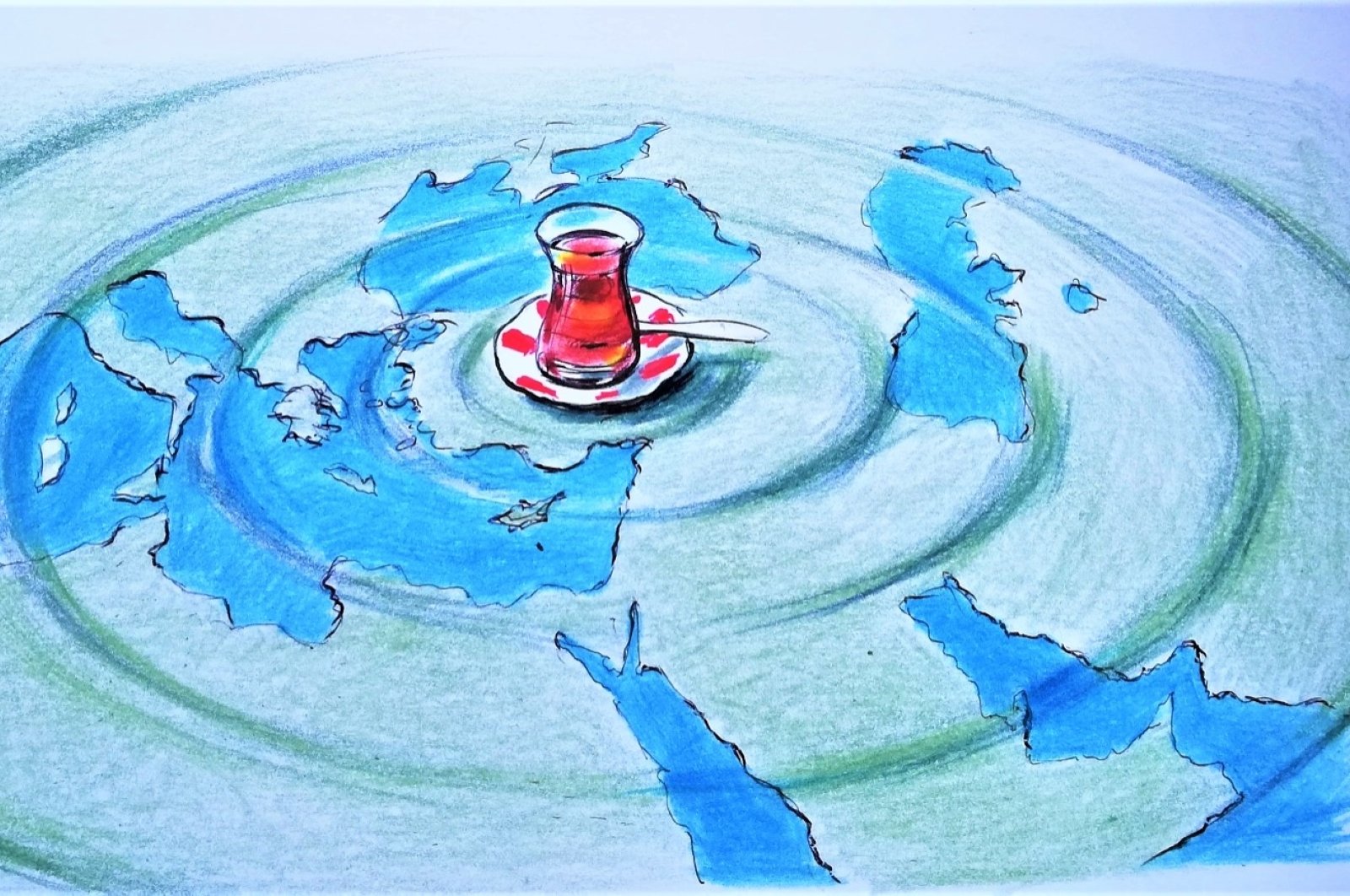 President Recep Tayyip Erdoğan had a week full of summits and international trips. He attended the NATO summit, where he met U.S. President Joe Biden and other Western leaders, before flying to Azerbaijan, where he visited Baku and Shusha, that country’s cultural capital.

Through that busy week, the Turkish leader engaged in discussions to chart his country’s future course in the international arena. Going forward, we may also expect him to meet his Russian counterpart, Vladimir Putin, to negotiate a number of issues – including the situation in the Caucasus and Afghanistan.

My sense is that Erdoğan’s diplomatic offensive served to provide additional space for Turkish policymakers to support normalization attempts and to make room for fresh initiatives.

We will soon witness how the Turkish president will use his diplomatic skills to translate his positive meetings with Biden (along with French President Emmanuel Macron and Greek Prime Minister Kyriakos Mitsotakis) into concrete results for Turkey.

In particular, Erdoğan deserves credit for insisting on talking to Athens without third parties as well as his effort to identify common interests with Paris in the Libyan and Syrian theaters.

For the record, hardly anyone expected a quick U-turn in Turkey’s bilateral relationship with the United States. Nor did anyone think that Erdoğan and Biden would address all long-standing disagreements (such as terrorist organizations like the YPG and the Gülenist Terror Group (FETÖ), the S-400 air defense system and the F-35 fighter jet program) instantly.

Among other things, it is an important accomplishment that the two countries agreed to put their disagreements temporarily on hold and that the two leaders managed to generate a positive atmosphere.

On June 14, Turkey’s irreplaceable place within NATO, which the Biden administration is attempting to strengthen, was reconfirmed.

It was also noteworthy that the U.S. president exchanged views with his Turkish counterpart ahead of his critically important meeting with Putin.

For both NATO and the U.S., Turkey happens to play an active role on a multitude of fronts – whether it’s Russia and China, the Middle East and North Africa (MENA), or the Caucasus and Central Asia.

Again, the two leaders talked about working together in Afghanistan, Libya and Syria, focusing on a positive agenda by compartmentalizing sources of tension.

In this regard, a new chapter has begun in the bilateral relationship, which will be tested over the next year. If both countries use that time wisely, the situation may continue to improve.

Otherwise, the increasingly structural disputes between Turkey and the U.S. could end up generating tensions anew.

The Turkish president, who flew from Brussels to Baku, was overjoyed at the celebrations of Azerbaijan’s victory in Nagorno-Karabakh.

Both Erdoğan and his Azerbaijani counterpart, Ilham Aliyev, were visibly happy about taking their regional cooperation to the next level by signing the Shusha Declaration.

This fresh notion of partnership, which spans from the Caucasus to Central Asia, has tied the destiny of those two nations more closely together.

Erdoğan’s comments on the proposed six-party cooperation mechanism for the Caucasus at the Azerbaijani Parliament and in a conversation with members of the press, including myself, were also noteworthy.

The offer of bringing together Russia, Georgia, Armenia, Azerbaijan, Iran and Turkey aims to promote normalization with Armenia and to safeguard peace and stability in the region.

Against this backdrop, Turkey’s interest in helping to secure the airport in Kabul, Afghanistan, is not just about its significant role within NATO.

As an influential regional power, it remains interested in the Caucasus, Central Asia, Afghanistan and Pakistan.

By assuming an active role in that part of the world, which the U.S. partly neglects and which China and Russia monitor closely, Turkey stands to change the balance of power.

Both the NATO summit and Biden’s meeting with Putin suggested that great power competition will continue, leaving behind major voids.

The Biden administration claims that “America is back,” but that commitment won’t result in Washington filling those pockets alone and entirely.

Quite the contrary, the U.S., which is primarily focused on the Indo-Pacific region, has no choice but to negotiate and cooperate with regional powers.

This rebalancing between the great and middle powers will take some time. That’s why it would be misleading to expect quick and major steps in Turkey’s pursuit of normalization in its foreign policy.

On the one hand, Ankara will continue to engage in diplomacy to cement its recent gains.

At the same time, it will take additional steps to further expand its influence. That is the only way to maximize one’s national interest in the world today.