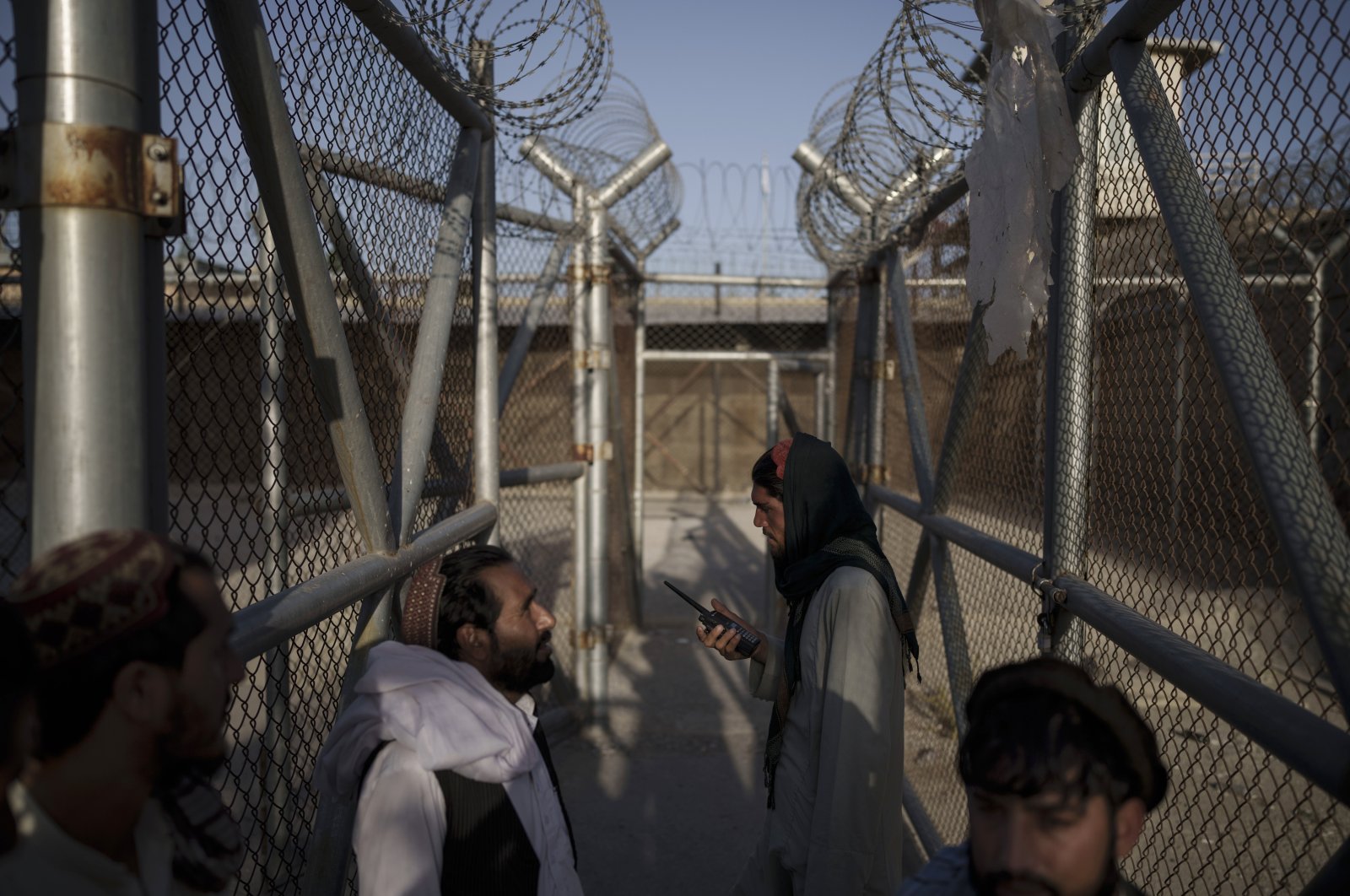 Taliban fighters enter an area where they are holding inmates who have been recently arrested at the Pul-e-Charkhi prison in Kabul, Afghanistan, Sept. 13, 2021. (AP Photo)
by Muhittin Ataman Sep 15, 2021 12:05 am

Turkey is viewed favorably in Afghanistan due to the long-standing ties between the countries, though Ankara has stressed that it will act in coordination with its allies

Turkey has followed an active foreign policy in response to the most recent Afghanistan crisis. While it has abided by the rules of international law and its commitments with its allies, Turkey has tried to protect its national advantages in the country.

On the one hand, Turkish officials have insistently emphasized that they will work with the international community and respect the decisions made by international organizations. On the other hand, they have underlined their expectations in terms of economic, political and social balances.

In addition, they have tried to make sure that they will continue to play a role in the state-building and political stability of the country. That is, Turkey has shown that it cannot remain indifferent to the domestic developments in Afghanistan.

There are several parameters determining Turkey's foreign policy towards the recent Afghanistan crisis. First of all, Turkey has strong historical links with Afghanistan. Afghanistan was the second country to recognize the new Turkish state in 1921. The new Turkey established its first diplomatic mission in Kabul, the capital of Afghanistan.

Second, Turkey has a strong ethnic connection with Afghanistan. Besides its historical friendship with the Pashtun population, almost half of the country's population is related to the Turkish people, namely people of Tajik, Uzbek, Turkmen and Kyrgyz origin. Ahmad Shah Massoud, the legendary military commander during the resistance against the Soviet invasion in the 1980s, was from an ethnic Tajik background. The ethnic affinity between the populations of the two countries forces them to improve their bilateral relations and to cooperate on regional and international platforms.

Third, Turkey has been trying to coordinate its Afghanistan policy with its allies, like Pakistan, where their interests overlap. Pakistan is the closest country to Afghanistan; these two states not only share borders but also a religion and ethnicity. For instance, the Pashtuns are the largest ethnic group in Afghanistan and the second-largest in Pakistan – though Pakistan's Pashtun population outnumbers the entire population of Afghanistan. In other words, amid the Afghan crisis Turkey is careful not to contradict Pakistan, which it considers a “brotherly country,” a notion the Turkish people only apply to Pakistan and Azerbaijan.

Fourth, Turkey has been trying to contribute to the economic development of the country. Turkey has been providing humanitarian assistance to Afghanistan since the 1920s. Turkey, which has tried to contribute to the modernization efforts in Afghanistan for decades, was one of the lead supporters of the Afghan resistance against the Soviet invasion in the 1980s. Following the Taliban takeover of the country, Turkey has shown its willingness to continue to play a constructive role to improve Afghanistan's political, economic, social and civil capacity.

Turkey can contribute to the economic development and political stability of the country in multiple ways. One urgent contribution would be the provision of technical support to make Kabul Hamid Karzai International Airport fully operational. In addition, Turkey tries to improve its trade relations with Afghanistan by revitalizing the Lapis Lazuli corridor, which connects Afghanistan with Turkey through Turkmenistan, Azerbaijan and Georgia. However, one of the preconditions of the Turkish humanitarian and developmental aid is the approval of the Afghan political actors, the Taliban in particular. Therefore, Turkey has been careful to include all relevant political actors.

Fifth, Turkey is careful not to contradict its NATO allies regarding the Afghanistan crisis. Therefore, Turkey attempted to garner the support of the United States and other NATO members when it demanded to play a part in controlling Kabul airport. Turkey is hesitant to recognize its relations with the Taliban without the consent of its allies and that of international institutions. However, due to the historical and ethnic linkages mentioned above, Turkey is naturally expected to pursue a distinct policy towards Afghanistan, and it is determined to defend its national interests in the country.

Finally, Turkey has learned not to follow an “all or none” foreign policy, which it did with Egypt at a great cost. Therefore, Turkey has kept its embassy open in Kabul. In principle, as an example of a tit-for-tat strategy, Turkey will try to have a direct dialogue with the Taliban; if the Taliban takes positive steps towards Turkey, then Turkey is ready to improve its relations. The Afghanistan crisis has once again revealed the increased flexibility and capacity of Turkish foreign policy. All in all, Turkey follows an Ankara-based balanced policy towards Afghanistan while taking different parameters and regional balances into consideration.