Turkish politics between security and reform 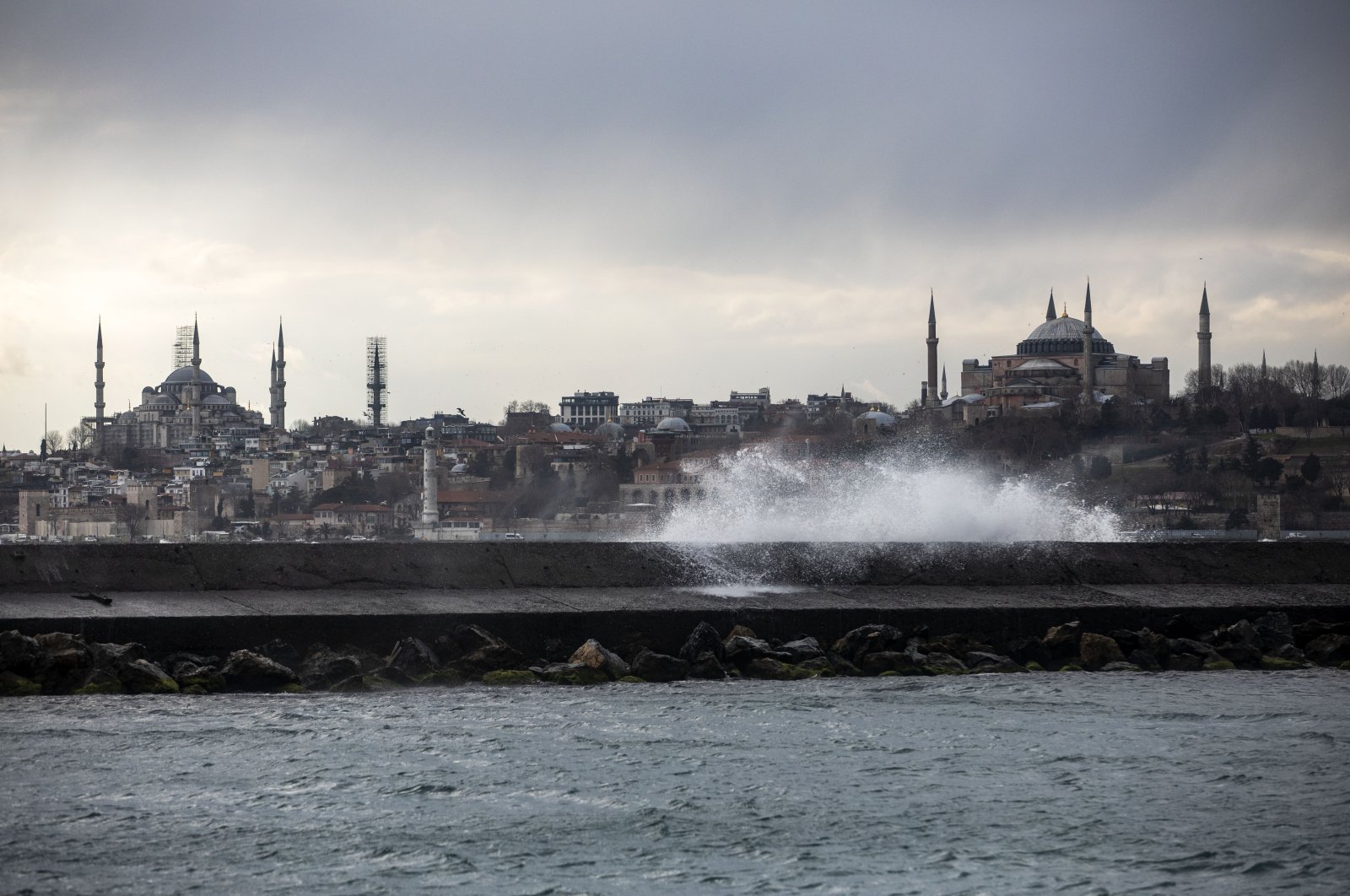 A sea wave hits a breakwater amid strong winds, with the Blue Mosque (L) and the Hagia Sophia Grand Mosque (R) seen in the background, at the Bosporus, Istanbul, Turkey, March 16, 2021. (Photo by Getty Images)
by Ihsan Aktaş Mar 20, 2021 12:05 am
RECOMMENDED

Despite being a part of a politically-turbulent region, Turkey continues to stick to its democratic tradition.

Since the Charter of Alliance (Sened-i Ittifak) was signed between the sultan and prominent landowners in 1808, Turkey’s democratic journey has persevered despite occasional setbacks. As a young state, the Republic of Turkey has gradually been completing the formidable process of democratic institutionalization.

While I was writing this article, two topics that set Turkey’s political agenda were the closure case against the Peoples' Democratic Party (HDP) and the HDP lawmaker Ömer Faruk Gergerlioğlu's being stripped of deputyship by a court ruling for spreading terrorist propaganda.

In order to evaluate Turkey’s current political agenda, it is necessary to understand the historical process which has formed it.

When the Syrian civil war erupted, the U.S. administration expected that Turkey would wage a direct war against the Syrian regime. Even though they supported the legitimate oppositional groups in Syria, the Turkish government did not engage in direct combat with Bashar Assad's regime.

After the killing of the U.S. ambassador to Libya, Washington drastically changed its Syrian policy. Renouncing its former policy of supporting a change of system in Syria, the U.S. began to part company with Turkey.

Even though Turkey’s responsibility in the Syrian civil war was heavy, especially in terms of the refugee crisis, the Justice and Development Party (AK Party) government initiated a reconciliation process under the leadership of Recep Tayyip Erdoğan.

While people in general were enthusiastically supporting the very peace process, oppositional political parties were critical of the ongoing process without sabotaging it.

Being resentful about Turkey’s active involvement in the Syrian civil war, both Iran and the Syrian regime convinced the PKK via former Iraqi President Jalal Talabani to abandon the peace process.

Putting its trust in the U.S. support, the PKK terminated the negotiations and launched a series of terrorist attacks to signal the end of the reconciliation process.

In the meantime, terrorist group Daesh increased its attacks against Turkey, while the Gülenist Terror Group (FETÖ) attempted a coup d’etat that failed thanks to the civilian resistance of the people.

During this period, Turkey struggled against these three terrorist groups, while pursuing its active foreign policy in the Syrian civil war.

Turkey has been largely successful in its struggle against these terrorist groups. As the Turkish army dealt devastating blows to the PKK in Syria and Iraq in successive military operations, families protesting the abduction of their children by the PKK have created a strong anti-PKK sentiment around the country.

Today, the struggle of these Diyarbakır mothers to take their children back from the PKK continues with determination.

For the consolidation of Turkey’s democracy, it is necessary that the HDP should pursue a constructive politics, which is independent from the PKK.

While the Turkish state resumes its struggle against terrorism, the government initiated a reform process.

With a comprehensive vision of democracy, the government launched the process of making a brand-new democratic constitution by showing their willingness to resolve Turkey’s problems with social reconciliation.

Even though the reconciliation process was terminated by the PKK, the AK Party government continues to conduct democratic reforms especially in the field of judiciary.

The closure case of the HDP is now a legal subject that shall be decided by the Constitutional Court.

In the near future, we shall witness whether the AK Party will maintain their reformist stance or pursue security policies due to pressing circumstances. Currently, the government fluctuates between the lines of reform and security.