Two-faced relationship between CIA and feminism 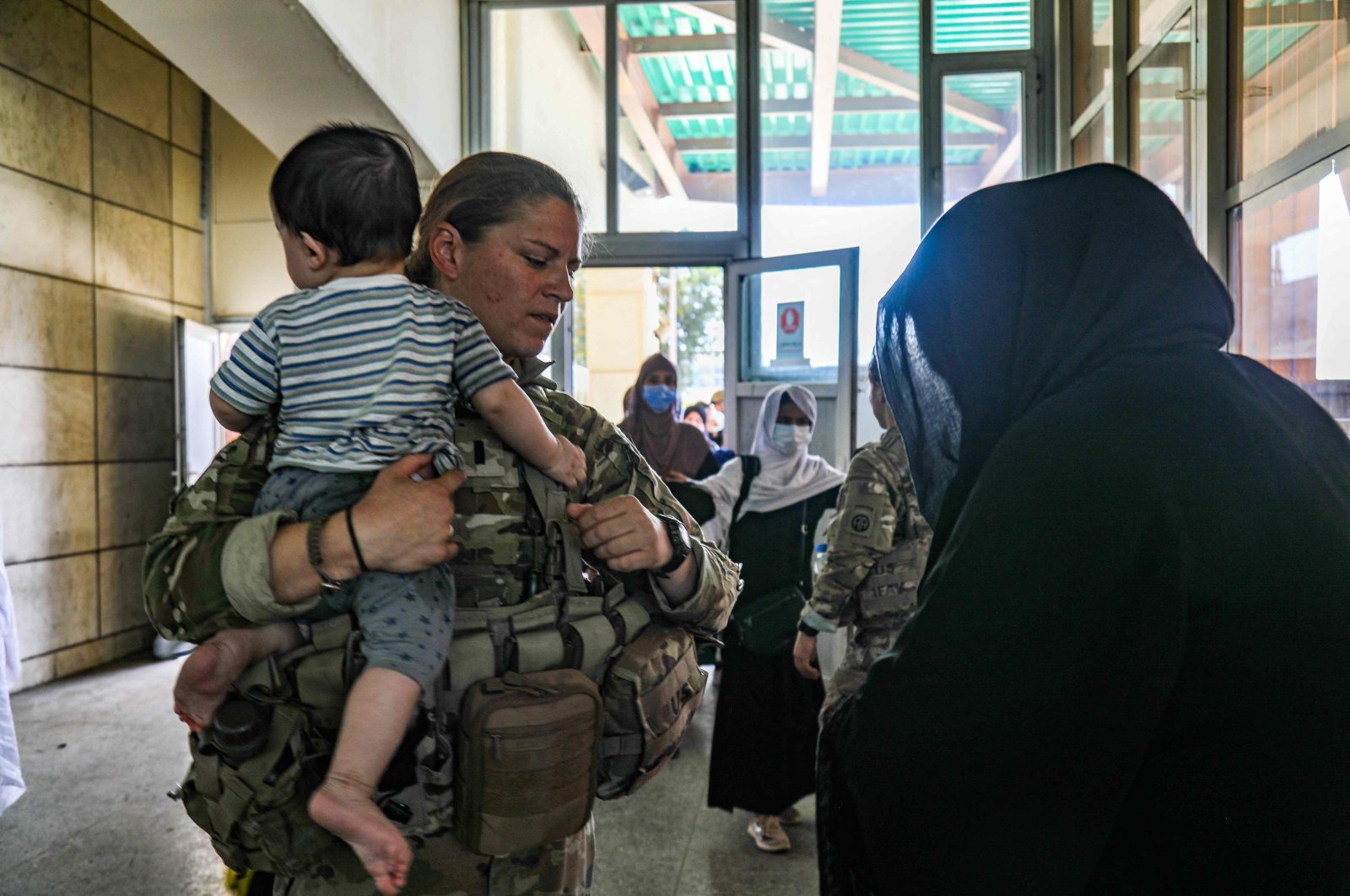 A medical officer assigned to the 82nd Airborne Division speaks with an Afghan woman and helps her with her child as part of the ongoing noncombatant evacuation of U.S. civilian personnel, Special Immigrant Visa applicants, and other at-risk individuals from Afghanistan from Hamid Karzai International Airport in Kabul, Afghanistan, Aug. 25, 2021. (AFP Photo)
by Hilal Kaplan Aug 27, 2021 12:05 am

The U.S.' dark track record with women in every country it has occupied is well-known. Examining the women's issue in light of the U.S. withdrawal reveals a different hypocrisy

Wikileaks, founded by Julian Assange, who is still in prison, recently reminded me of the CIA report he disclosed in 2010.

According to the report, if the Netherlands withdraws its troops from Afghanistan, other NATO countries are likely to follow. The U.S. Central Intelligence Agency (CIA) appears to suggest using feminism to legitimize its invasion of Afghanistan, which was in its 10th year at that time, in the eyes of the European public.

To cite an example from the report: "The prospect of the Taliban reversing hard-won progress on girls' education could provoke French anger and become a point of support for France's largely secular public opinion. This gives voters a reason to support the good and necessary cause despite the casualties."

The relationship between the CIA and feminism is not new. For example, it was revealed that Gloria Steinem, who is still considered a pioneer and respected feminist even today, was funded by the CIA from the early 1950s to the 1960s. This funding relationship is thought to have continued even longer, although Steinem has denied it.

When asked about the topic, she praised her funders, saying that the CIA boasts a liberal and non-violent environment. The name of the foundation she founded with CIA funding was ironic: Independent Research Service. Through this foundation, she worked to disseminate feminist theses in the world, especially in the U.S.

The CIA calls such people "change agents." The figures, who make the public adopt arguments that the U.S. established order deems appropriate, are supported in various ways and are highlighted in the public sphere.

I think what I have described is background information that should be kept in mind when looking at discourses and subjects that feature the topic of women's rights as the U.S. forces, who are responsible for the killing of hundreds of thousands of women in Afghanistan, withdraw.

While the rape of women by American soldiers in every country it occupied, from Vietnam to Colombia, Iraq to Afghanistan, is well-known, I believe that remembering the issue of how women are treated, since America's withdrawal, highlights the deep-rooted hypocrisy in itself.

It is hard to believe that they are concerned about the education of Afghan women when every year another European state denies women wearing headscarves the right to education.

In any case, we are faced with the reality of an administration that defeated the U.S. and took over Afghanistan. Reminding us of the saying "heavy is the head that wears the crown," some Taliban spokespeople went on TV programs hosted by female journalists without headscarves, promising that they will not interfere with the education of girls from the very first day.

On the other hand, according to their understanding and the interpretation of Islam, they are not promising a rose garden.

Demanding an increase in public pressure and maintaining a cautious outlook versus having the naivety to say "Oh, if only American drones would return to the skies of Afghanistan and protect the women" are two different things for sure. Because the primary policy and concern of the United States has never been the women of Afghanistan.