US' bad record of illegal 'recognitions' 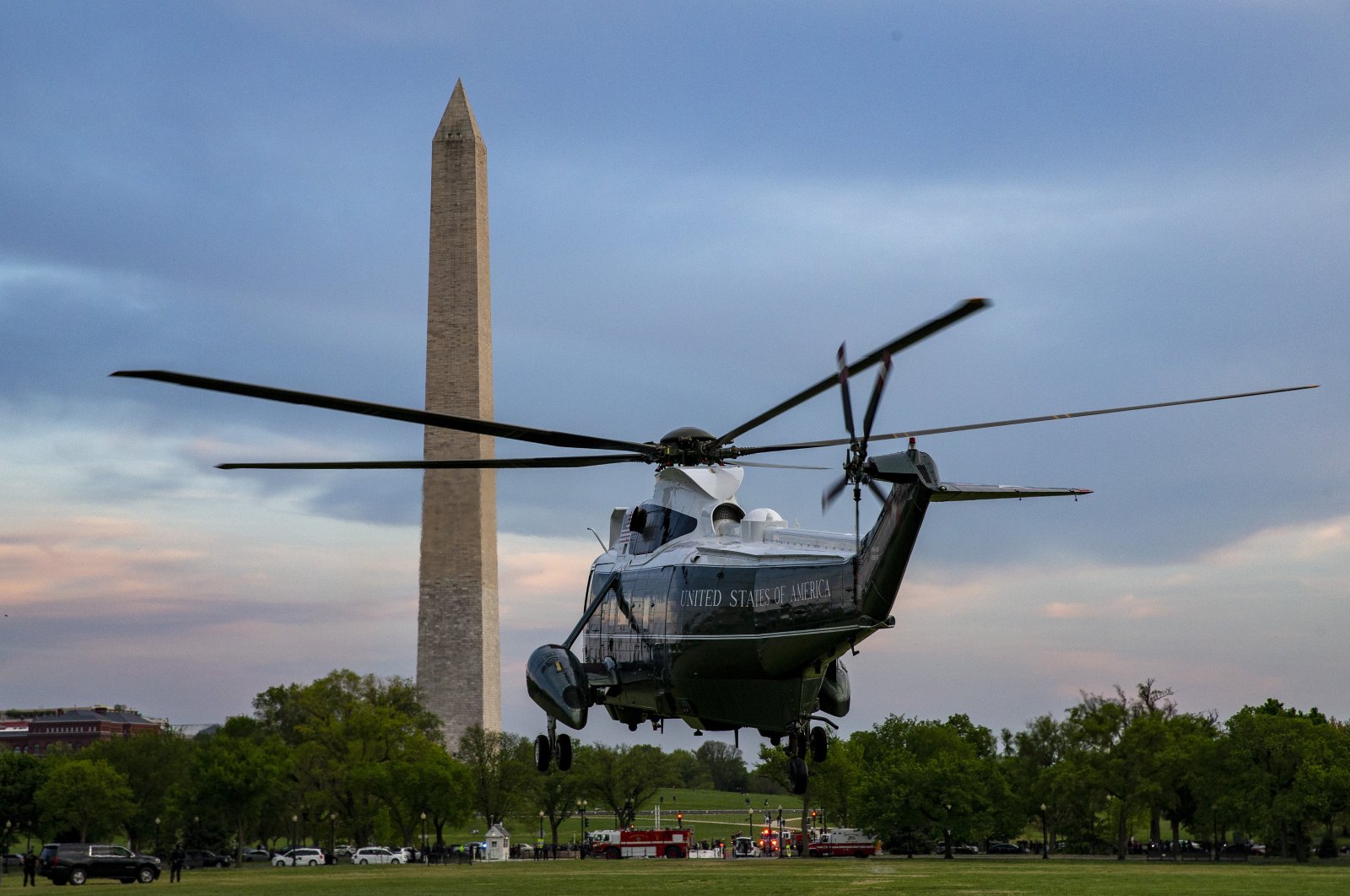 Recently, the United States has taken critical steps to "recognize" certain historical developments. These “recognitions” are unilateral actions that, for the most part, challenge the basic principles of international law.

On Dec. 6, 2017, then U.S. President Donald Trump announced the U.S. “recognition” of Jerusalem, encompassing East Jerusalem, as the capital of Israel. In all likelihood, Israel was the only state to welcome the decision.

Trump’s decision was rejected by world public opinion and a majority of governments. One day after Trump’s decision, the U.N. Security Council (UNSC) held an emergency meeting where 14 out of 15 members condemned the decision. A decision the U.S. naturally vetoed.

Similarly, an emergency session of the U.N. General Assembly (UNGA) was held in December 2019 and a total of 128 U.N. member states voted in favor of the draft declaring Trump’s decision “null and void.”

In spite of the Trump administration's attempts at blackmail, only tiny statelets dependent on the U.S. voted in the country's favor.

Another such “recognition” was also made by Trump in March 2019. Trump “recognized” the Israeli occupation of the Golan Heights, which without any doubt, belongs to Syria.

This decision was a blatant attack on Syria’s sovereignty. This is because Israel’s annexation of the land in 1981 was against the main principles of international law and accordingly was not recognized internationally.

Immediately after the Israeli decision, UNSC Resolution 497 declared the Israeli annexation “null and void and without international legal effect.”

U.S. President Joe Biden’s “recognition” of the massacres and deportations of the Armenian people during World War I as “genocide” last week is yet another illegal designation on the U.S.' part.

It is the continuation of unilateral political actions by U.S. presidents. As pointed out by the Turkish Foreign Ministry, Biden’s “recognition” decision was politically motivated.

Needless to say, the U.S. president has neither the legal nor moral authority to judge historical issues.

As a counter opinion, Turkey has been calling historians and researchers to examine the archives about this unwanted development.

Without a doubt, Biden's decision will not serve regional peace and stability in the region. The U.S and certain other Western countries home to large Armenian diasporas prevent any normalization of the Armenian state.

It is interesting that Armenia does not “recognize” its internationally drawn borders with Turkey or Azerbaijan.

In spite of the provocations of external actors, Turkey and Azerbaijan have been calling Armenia to “recognize” its international borders, encouraging the country to be on better terms with its regional neighbors.

Ankara and Baku are ready to normalize their relations with Armenia. However, the Armenian state is under heavy pressure from the Armenian diaspora.

In reality, many people actually living in Armenia are ready for lasting peace. Despite there being no diplomatic representation, the fact that about 100,000 Armenians live and work in Turkey indicates that the Armenian people are ready to coexist.

Unfortunately, Biden’s illegal “recognition” is just another example of the U.S.' instrumentalization of historical events for its national interests. The U.S. president and Congress's main concern is not protecting human rights, fixing a historical abnormality or sympathizing with the Armenians who suffered during World War I.

The declaration is not a commitment to protecting human rights or universal values either. It is nothing more than a political move.

First of all, the "recognition" is an attempt to punish the current Turkish government, which has been trying to increase its autonomy in the international arena and its effectiveness in its regions.

American governments want a Turkey dependent on the U.S. as it used to be during the Cold War.

This decision will come to be remembered as a turning point in Turkish-American relations, similar to former President Lyndon B. Johnson’s 1964 letter to the then Turkish prime minister and the arms embargo imposed against Turkey for its intervention on the island of Cyprus to stop Greek mobs attacking Turkish Cypriots.

In other words, this “recognition” will significantly damage Turkish-American relations.

Second, it can be interpreted as a reaction to the most recent developments in the South Caucasus region. Turkey’s support for Azerbaijan liberalizing its lands occupied by Armenia for 30 years and the following decisive victory against Armenia has disturbed the U.S. government, which could not intervene in the conflict mainly due to the election process.

It is clear that most Western countries had supported the Armenian occupation of Nagorno-Karabakh.

There are many other factors that contribute to Biden’s decision. However, they go beyond the limitations of a newspaper column.

All in all, it is obvious that this “recognition” will not contribute to peace and stability between Turkey and Armenia. It will further fuel hatred from both sides, to both parties' detriment.

So to say, both sides need to understand the other in order to make a fresh start. External interventions will only cause the healing wound to once more bleed.