What has changed in Turkey's domestic politics? 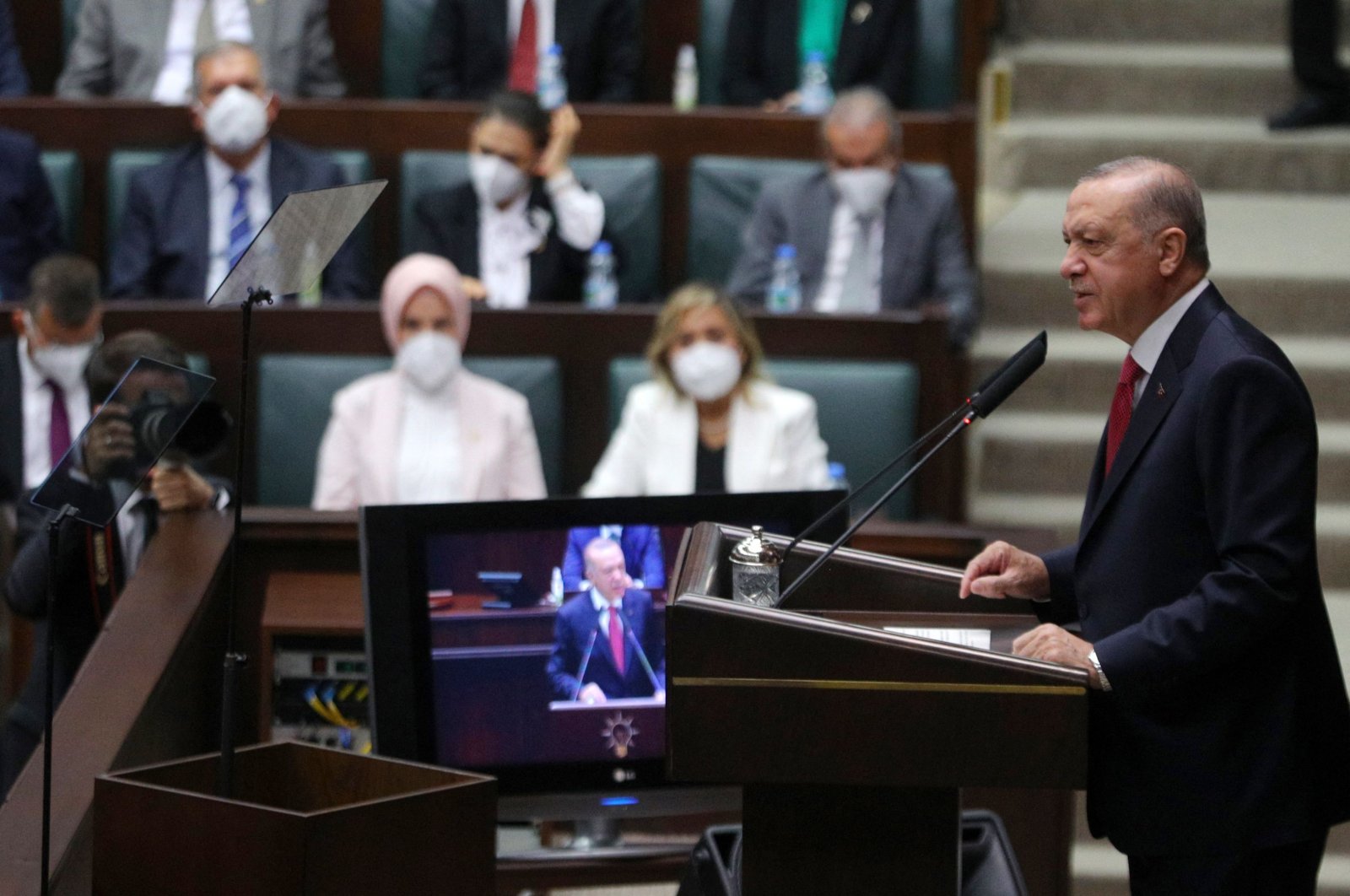 Turkish President and leader of the Justice and Development Party (AK Party), Recep Tayyip Erdoğan gives a speech during a party parliamentary group meeting at the Grand National Assembly of Turkey (TBMM) in Ankara, Turkey, July 14, 2021. (AFP Photo)
by Ihsan Aktaş Jul 24, 2021 12:05 am

In order to understand Turkey's domestic policy, it is necessary to look at a spectrum of plans extending from the Ottoman Empire to the present

Turkey’s extremely dynamic domestic politics derives from the turbulent fall of its predecessor, the Ottoman Empire. Turkish historian Ilber Ortaylı famously described the 19th century as the longest century of the Ottoman Empire. Even though the fall of the Ottomans was a multidimensional question, state bureaucrats were fully aware of the gravity of the situation due to the successive defeats of the Ottoman army.

Thus, the political and intellectual elite of the 19th century Ottoman Empire concentrated their energy on the sacred goal of saving the empire. As new ideational movements emerged, state elite were divided among themselves in choosing the best remedy for the fall of the empire. Westernism, Islamism and Turkish nationalism were the three major ideational movements that predominated among the Ottoman elite.

From the first to the second constitutional eras, political power in the Ottoman Empire oscillated between the Sultanate and the bureaucracy, known as the Sublime Porte. As the Ottoman Empire eventually disintegrated, a new republic was founded on the debris of the empire, which inherited almost all the political and ideational disputes of the 19th century. Despite the long-awaited transition to a multiparty system in 1950 that promised to resolve these controversies through civilian politics, a system of military tutelage was founded in 1960, which interrupted the course of democratic politics via successive coup d’etats.

Coming to political power in 2002, one of the greatest achievements of the Justice and Development Party (AK Party) was the abolition of the long-standing military tutelage. As civilian politicians have begun dominating the decision-making process, general and local elections have become the center of Turkish politics.

Since the AK Party’s coming to power, there was no significant change in the political spectrum. During its two-decade-long political power, the voting rate of the AK Party has been around 40%, while that of the main opposition Republican People’s Party (CHP) remained around 24%. The only considerable change in the political spectrum is the emergence of a more secular nationalist political party (Good Party or IP) from the cadres of the Nationalist Movement Party (MHP).

Taking into consideration the pro-PKK People’s Democratic Party (HDP), the voting rate of each of these three nationalist political parties has been around 10%. As Turkish politics has thus been stabilized, oppositional parties have begun to adopt the harshest political discourses. However, their harsh political rhetoric alienates the middle-class electorate in major cities, which expect a more prudent political attitude from all political parties.

Even though the harsh criticisms of the opposition parties have created an air of hesitation among the opinion leaders of the AK Party, President Recep Tayyip Erdoğan has still been supported by a large portion of the Turkish electorate. Due to the unwavering popularity of President Erdoğan, opposition parties strive to make new alliances with minor political parties.

Since the majority of the Turkish electorate continues to support Erdoğan as Turkey’s political leader, the AK Party should begin to concentrate on their institutionalization process in the upcoming decade, just as I mentioned in my previous column published last week in journal Kriter.