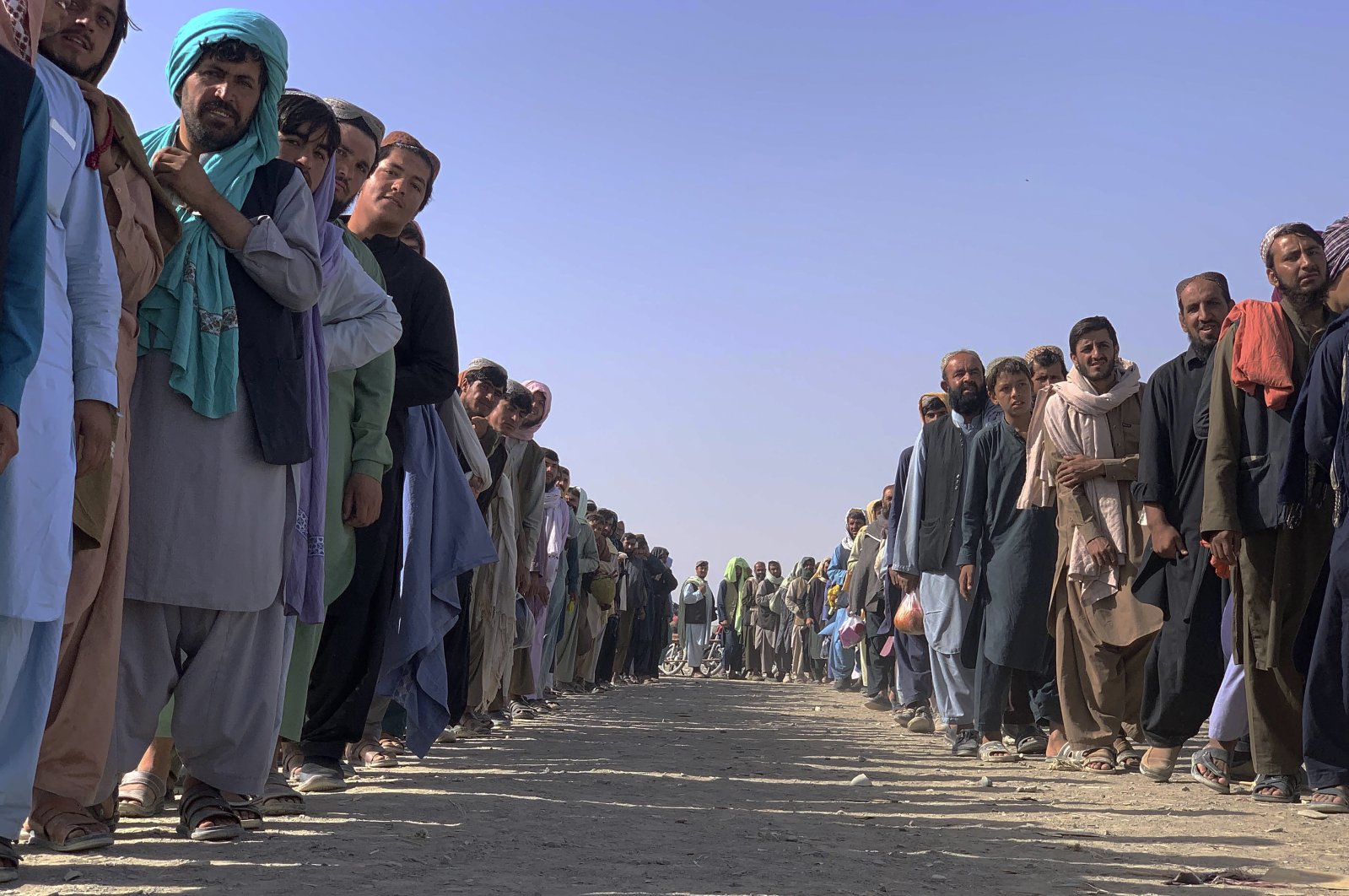 Afghan nationals line up and wait for security checks in Pakistan before entering Afghanistan through a common border crossing point in Chaman, Pakistan, Aug. 26, 2021. (AP Photo)
by Ihsan Aktaş
Aug 28, 2021 12:05 am

Nowadays, the international media is focused on the Taliban. Even though a regime change continues to take place in various countries with either peaceful or bloody means, everyone at present is talking mainly about the Taliban’s coming to political power.

In comparison to the regime change in Afghanistan, even the last U.S. presidential elections and the U.S. Capitol storming did not remain on the political agenda too long. Why is Afghanistan so crucial for international politics?

Throughout history, great empires experienced their first defeats in Afghanistan. From Alexander the Great to the Great Britain, Afghanistan proved to be a serious challenge for invading foreign powers. The Russian invasion of Afghanistan ended after a decadelong occupation, bringing about the fall of the Soviet Union. The U.S. recently concluded its two-decade occupation, coming back empty-handed.

Since the disintegration of the Ottoman Empire after the end of World War I, Western states reconstructed the image of Islam for the international community. According to their colonialist discourse, Islam was a reactionary religion that opposed progress and science.

In the 1950s, the state of Israel emerged at the heart of the Middle East, while Islamic countries attempted at moving away from Westernization one after another. In the 1970s, as a devastating civil war occurred in Lebanon, the emergence of a global oil crisis led to the fall of King Faisal of Saudi Arabia. The Iranian Revolution of 1979 was succeeded by a devastating decadelong war between Iran and Iraq.

After the end of the Cold War, the U.S. announced global terrorism as its new enemy together with its allies in NATO. This concept mainly referred to the terrorist organizations in Islamic countries. During the Soviet invasion of Afghanistan, the U.S. administrations supported al-Qaida against the Russians. As Russia withdrew from the country, the U.S. declared both al-Qaida and the Taliban as their enemies. This so-called war on terror accelerated after the 9/11 terrorist attacks, concluding with the killing of Osama bin Laden, the leader of al-Qaida. At present, as the U.S. withdraws from Afghanistan, the Taliban are coming to political power at a rapid pace.

The Umayyad Caliphate of Cordoba and the Ottoman Empire were Islamic states where both Christians and Jews lived freely and peacefully. In terms of state formation, will the Taliban follow this tradition or repeat its former mistakes by damaging the international image of Islam?

When a civil war erupted in Syria, Turkey and Iran engaged in a regional competition. If they had cooperated with each other for the resolution of the Syrian crisis, then global powers would not have invaded Syria, while they would have benefited from a stronger position in regional politics.

Similar cooperation between Turkey and Pakistan is currently required in Afghanistan. In order to eliminate terrorist organizations and to complete the process of state formation, the Taliban require the assistance of these countries, which have invaluable institutional capacity.