Biden's speedy start and the future of Trumpism 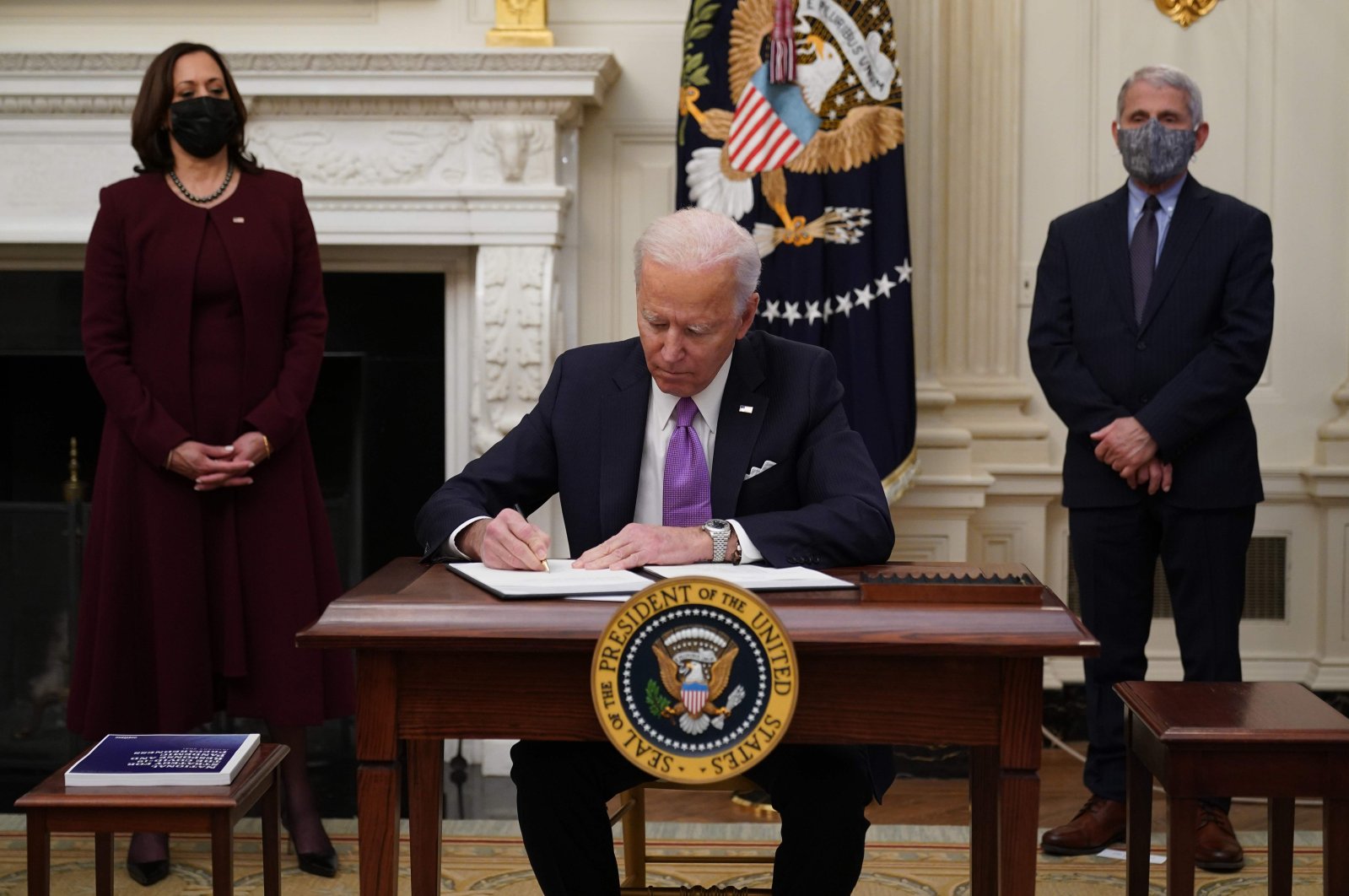 I had the opportunity to attend the inauguration ceremony of the U.S.' 46th president, Joe Biden, which was closely followed by the whole world. I can say that we actually experienced a number of firsts. Because of COVID-19, this was the first time there was such a low attendance and also the first time extraordinary security measures were put in place at an inauguration ceremony.

It was also the first time the opinions of both the American public and the rest of the world placed such importance on an inauguration ceremony. Law enforcement investigated the lives of 25,000 National Guard members to prevent an inside threat. For the first time in history, 200,000 U.S. flags were placed in front of the Capitol building.

What is more, outgoing President Donald Trump did not attend the inauguration ceremony of the newly elected president. For the past 152 years, the outgoing president has attended the event.

In short, it was more than an interesting historic event.

We were not used to seeing the National Guard on every street in Washington, D.C., or at the barriers at the city entrances. Indeed, these conditions made it impossible for Trump supporters to come to the U.S. Capitol, and this was the correct thing to do.

The U.S. continues to experience the shock of the Jan. 6 riot on the U.S. Congress, so it was necessary to take extraordinary security measures. The fact that there were more soldiers in the capital than U.S. troops in Iraq, Syria and Afghanistan combined was another thing that we were not used to.

Former presidents Barack Obama, Bill Clinton and George W. Bush attended Biden's ceremony, and I can say that it was a very modest one. The new president's speech was full of hope and unity. Some of the words that, for me, stood out from his speech were "democracy," "security," "our partners," "the virus," "racism," "unemployment" and "We will work very hard." These are the ones that first come to my mind.

As the 46th president of the United States, Biden revoked several of Trump's policies on his first day in office in addition to signing a decree making the wearing of masks compulsory in and around federal buildings due to the coronavirus. He also signed decrees directed at reincluding the U.S. in the Paris Climate Agreement and rejoining the World Health Organization (WHO).

In addition, his lifting of the executive order prohibiting entry into the U.S. from some Muslim countries was welcomed by Muslim community leaders in the United States.

It may look like the new president will deal with internal issues but let us not forget what he said in a speech at a university in New York in 2019. "For me, foreign policy is domestic policy, and domestic policy is foreign policy. That is, these policies are deeply connected with each other," Biden said, indicating that America's internal security is directly dependent on "having a network of partners and allies who work together and are as strong as possible."

Yes, Biden has started in a speedy fashion and his biggest advantage is that he has received extraordinary support from both the public and the media. That is to say, he's already got the momentum. In the coming days, we will more closely see and evaluate the steps Biden will take.

After he stated that he would hit the road to make America great again, everybody realized that Trump would not quit politics. With nearly 74 million people behind him, Trump is unlikely to be wiped from the political map.

"Trumpism" will not end. On the contrary, he will ambitiously prepare for 2024. However, there are many Republicans who will not vote for Trump again. Neither the media nor the American public will provide Trump a platform to speak going forward, and he has been banned indefinitely from social media.

We can discuss whether this was right or wrong, as we know that he was not treated objectively on many issues. Trump has already declared that he and his voters will not be silenced and that they will reconvene via a new platform. In his farewell ceremony on Jan. 20, he mentioned a new movement, and it is worth remembering that he also said that it is a new beginning.

The bottom line is: Both Trump's rise to the White House and his departure were chaotic. In four years, we will have a clearer picture of the attitude of Republicans plan to take toward Trump, the steps Trump will execute and the performance of the Biden administration. We should underline that Trump left Washington having lost a substantial amount of credit both in the U.S. and in the world. We will be discussing Trump and Trumpism for a long time.