Booster COVID-19 vaccine dose: Why is it required? 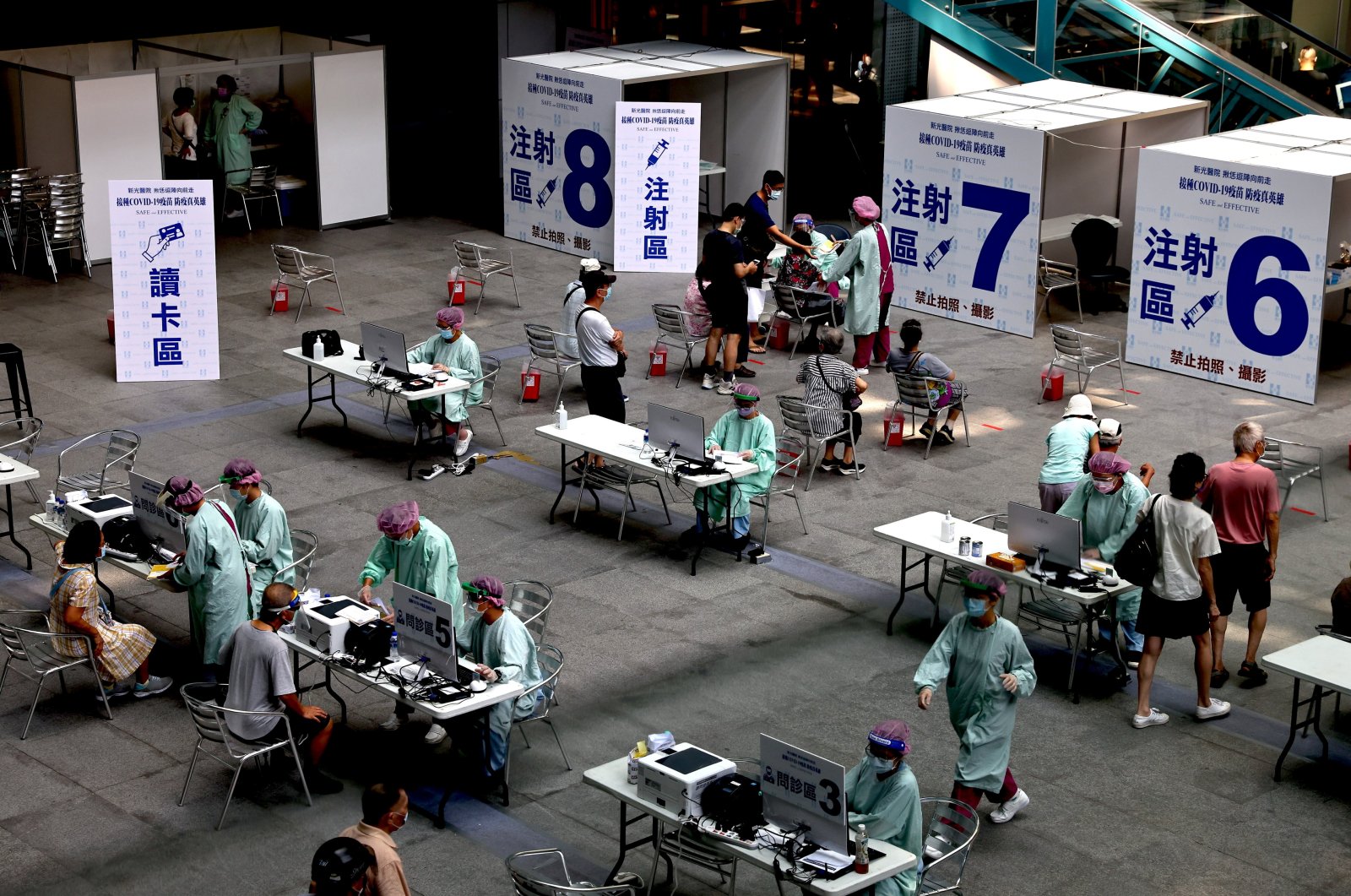 People wait to receive a dose of the Moderna vaccine at the National Taiwan Science Education Center in Taipei City, Taiwan, July 3, 2021. (Reuters Photo)
by Enes Efendioğlu Jul 05, 2021 10:45 am
RECOMMENDED

As the pandemic continues to spread rapidly all over the world, new mutations have begun to appear. Vaccination programs and prevention measures, as of July 1, 2021, have ensured that more than 3 billion people globally have been vaccinated.

Out of these people, around 2 billion have been fully vaccinated, meaning they have had both jabs, and around 1 billion people have been vaccinated with a single dose.

From the start, scientists have claimed that two jabs would ensure that we are protected against the virus and therefore feel safe. In practice, not everyone is receiving the vaccine at the same time globally and this has caused another issue.

If everybody around the world were to receive the vaccine at around the same time (within days or even the same month), high antibody levels would help avoid the high number of current cases, as more people would be protected.

Antibody levels are quite similar to medicine levels in blood, which decrease as time passes.

So, until more people are able to obtain access to the vaccine, and are no longer a potential host for the virus, the people who get vaccinated too early will lose the level of antibodies that would be enough to consider them safe. Therefore, there needs to be a solution to this problematic issue.

As of July 1, 2021, Minister of Health Fahrettin Koca announced that health care workers and citizens who are older than 50 are eligible to be vaccinated with a third dose.

On the first day of the announcement, 299,935 people were vaccinated with the third dose, according to official statistics.

Although many countries consider the third dose, a booster dose, a valid option to protect their people, Turkey became the very first country globally to widely vaccinate its population with a third dose.

Studies from different articles state that the antibody response increases parabolically after the third jab enters the body, and these high levels of antibodies protect a person from getting the virus or spreading it to someone else.

There is now growing scientific evidence that vaccines protect people from being hospitalized and dying from COVID-19, and even the latest delta variant infection can be prevented with these mRNA-type vaccines.

Recent studies from the global medical journal, The Lancet, show that combining different brands or types of vaccines (e.g. the first dose with a conventional vaccine and the second dose with an mRNA vaccine) provides people with better antibody levels. The vaccine manufacturers didn’t agree with this initially, but they have not provided any further comments as the studies have widened.

The manufacturers of the vaccines apparently did not like the idea of combining vaccines in different jabs, as they wanted people to get the second jab from the same manufacturer.

In addition, when countries need the third dose, it makes more sense to use a different vaccine, not the same one, according to the most recent research.

People from the first trial group in Turkey showed a higher level of antibodies when they were injected with a Pfizer-BioNTech vaccine (mRNA vaccine) as the third dose after two doses of Sinovac (conventional vaccine).

So, it is recommended to have a different type of vaccine as the third dose once it becomes widely available. More information will be available by the end of 2021.

Turkey started administering third doses to avoid another wave due to the delta variant, which can be prevented through mRNA type vaccines, according to the latest research.

Judging from the comments of different health ministries in Europe and the Far East, it looks like more countries will go be applying a third dose sooner rather than later.

If we cannot provide enough doses of vaccines fast enough to the entire global population, then we will perhaps hear talks of a fourth dose next year. This could become the norm, getting vaccinated annually against the different mutations of coronavirus from next year onward.

It is important to keep in mind the basic principle of global health: we are all unsafe until everyone is safe.