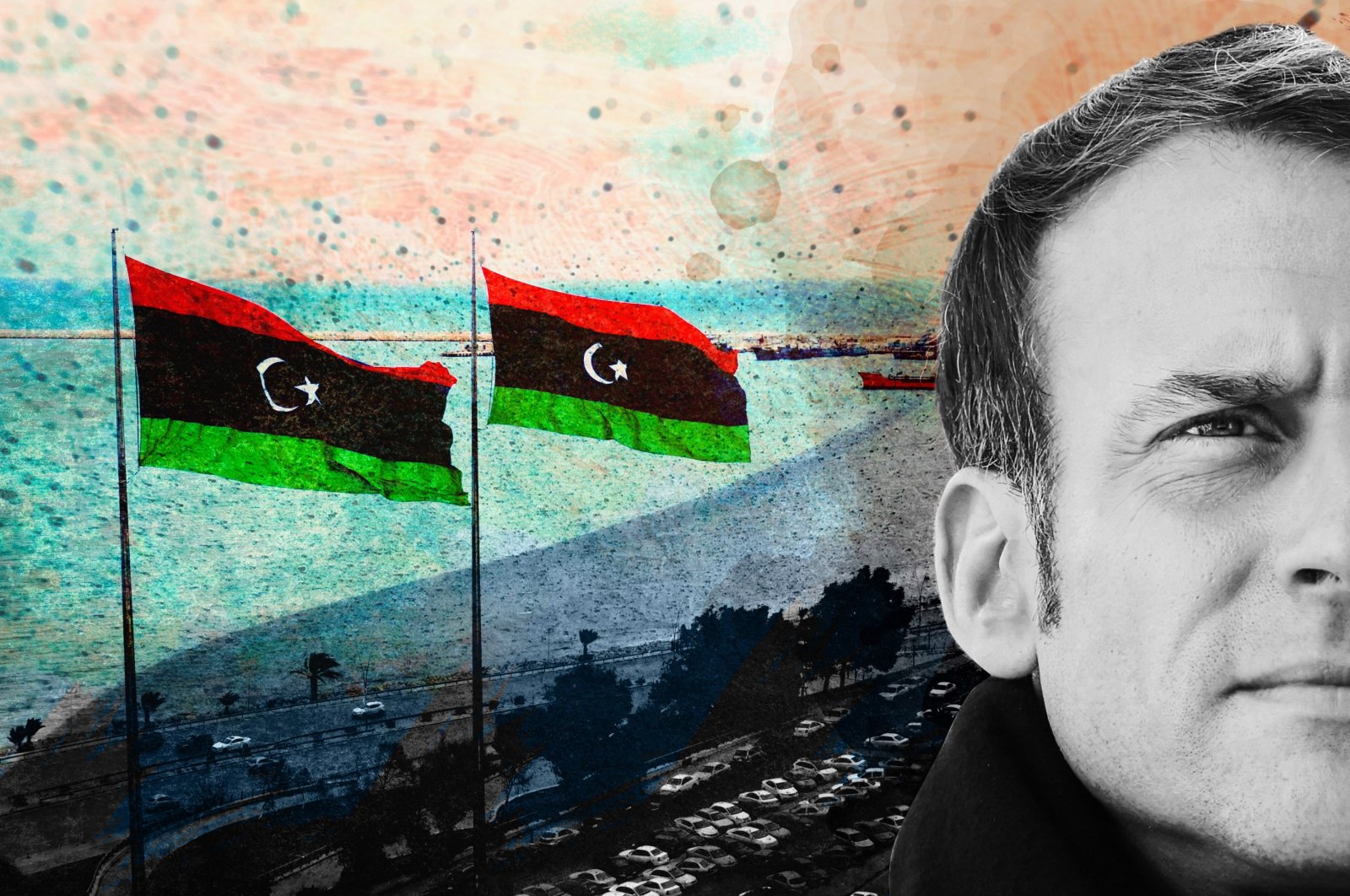 Emmanuel Macron, flattered by his ministers, pursues a controversial Libya strategy based on surreal objectives

According to the history and geopolitics of Libya, France should not display a pattern that is likely to sideline itself further into isolation. This is what is seen in France’s Libya policy led by Foreign Minister Jean-Yves Le Drian, who shifted his county’s Maghreb foreign policy from realism toward idealism. To better understand France’s foreign policy in Libya, it has to be put into perspective. For a long time, Paris had an ambiguous relationship with late Libyan ruler Moammar Gadhafi's regime. Over the last century and a half, France has never had a coherent strategy in Libya. French authorities have been inconsistent and impatient with this territory that acts as a kind of black hole for its Middle East and North Africa (MENA) foreign policy framework.

The history of France-Libya relations is littered with diplomatic about-faces. It is less a sign of an in-depth understanding of the local realities than a sign of French single-mindedness in arbitrary or distorted interpretations of Libyan politics. According to French President Emmanuel Macron, the bilateral relations resume a revival of Napoleonism and the French return to Libya is a strategic imperative. In 2019, however, the ties deteriorated as Paris provided full support to Libya's putschist Gen. Khalifa Haftar while endorsing the legitimate Government of National Accord (GNA) in Tripoli led by Fayez Sarraj, which was later replaced in March 2021 by an interim executive established in Libya.

In May 2018, France hosted a meeting in Paris bringing together Libya's four principal competing leaders to endorse a road map for the country’s stalled peace process, which was to be sanctioned by key external stakeholders, including the United Nations. The proposed draft agreement called for Libya to organize elections by the end of 2018, support the adoption of a constitutional framework, reintegrate military forces through the Egypt-led security dialogue and reunify financial institutions. It was a light version of the Paris conference on Nov. 12, of the same year toward Turkey and Russia.

Macron made desperate attempts to bring together the two main belligerents in the Libyan armed conflict, Haftar and Sarraj. Macron’s initiative was too little too late because of his ambiguous and paradoxical policy in the country. Meanwhile, Macron was domestically facing serious socioeconomic challenges following the impact of the mismanagement of the COVID-19 crisis, which was added as another layer to the narrative in his presidential storyline campaign populist discourse in April 2022.

In the context of the Libyan civil war, the French have a military presence in the North African state. It is no secret to anyone, despite all efforts by the French ministries of defense and foreign affairs to hide the French military and intelligence presence in Libya supporting Haftar, a dual citizen (Libyan and American). France has been involved in the Libyan conflict since the beginning of the Libyan uprising against Gadhafi in 2011. France played a major role in Gadhafi's capture, according to French military sources that were responsible for targeting the Libyan leader’s convoy, which led to his capture and summary execution by the rebel forces.

An investigation by the French newspaper Le Monde in February 2016 revealed that France had secretly deployed its special forces and the operational arm called “service action” of the French General Directorate of External Security (DGSE) for very precise strikes against targets designated as affiliates of Daesh in Libya. Its aim was to contain the eventual development of the Daesh threat in Libya.

Although Paris never officially acknowledged providing weapons, training and intelligence assistance to Haftar, it seems that Paris had been involved probably since 2015 in training Haftar’s military forces. Paris, under the orders of Le Drian, who was the defense minister in former President François Hollande's administration, decided that Haftar would be the next strongman to rule the country.

On Nov. 12, Paris, for the second time in three years, hosted an international conference on Libya, pushing ahead the presidential election scheduled on Dec. 24 while legislative elections were postponed to January 2022. However, analysts seem skeptical, arguing these nationally important elections would not break through and provide Libyans legitimate leaders, taking into consideration the two controversial declared candidates, Seif al-Islam Gadhafi and Haftar, running for office. In this case, Libya will start to look like Syria.

Thus, Paris this time positioned itself as a “relevant” broker in the Libyan crisis for not publicly supporting any declared candidate for the Dec. 24 election. In other words, it does not have a candidate. Yet, its realpolitik – or call it "surrealpolitik" – led by Le Drian, shows clearly that Paris is behind Haftar, whose candidacy will bring back the Libyan crisis to the pre-2014 situation.

The second Paris conference took place within a mood of a high moral diplomatic crisis between Algeria and France. Algerian President Abdelmadjid Tebboune declined his French counterpart's invitations and the two main regional and superpower leaders in the Libyan dossier did not participate – that is, President Recep Tayyip Erdoğan and Russian President Vladimir Putin.

The second Paris conference was Macron's second chance for his Libya policy. Yet, the ongoing complex developments on the ground are making France’s idealism continue its blind support for Haftar and Tunisian President Kais Saied’s constitutional coup on July 25. Libyans today, like the majority of Algerians and Tunisians, are not fans of France’s role in the region. Libyans for instance, are still outraged for Paris’ explicit support for Haftar’s deadly offensive on Tripoli.

France’s double game tactic in Libya causes it to appear on the public stage as a peace broker while betting on a warmonger behind the scenes. Paris knows well that its Maghreb policy, like its Sahel global policy and thus its entire MENA foreign policy, is a total disaster. Macron is facing a crucial presidential election next spring and foreign policy is not his strongest point. The rhetorical debate in France these days is about Islam and immigration.

The second Paris conference has worsened Macron’s blurry Libya policy, even with regards to the post-December presidential election and January 2022 legislative election in the aftermath of the reconstruction process, in which France will be the big loser. Turkey, Russia and the neighboring Arab countries such as Algeria and Egypt would play a major role in the reconstruction and the political stability process. China would be a part of the economic prosperity in Libya too.

In sum, the second Paris conference showed that Libya is still a hostage of heterogeneous internal actors who are operating with opposite agendas and ideologies. It basically created a lot of confusion between the main regional and international powers in which Paris prefers the status quo. Would Paris, however, like to see Libya become Somalia or Sudan? Neither Algeria nor Egypt would ever let Libya turn into a state of militias or divide it into three states. Consequently, Paris’ Libya policy is related to its global Sahel policy where its national security and economic interests need to be protected. Therefore, Paris should quit its ideologized MENA foreign policy and surreal Libya policy promoted by Macron and his ministers.