Investment in knowledge is what will save us all 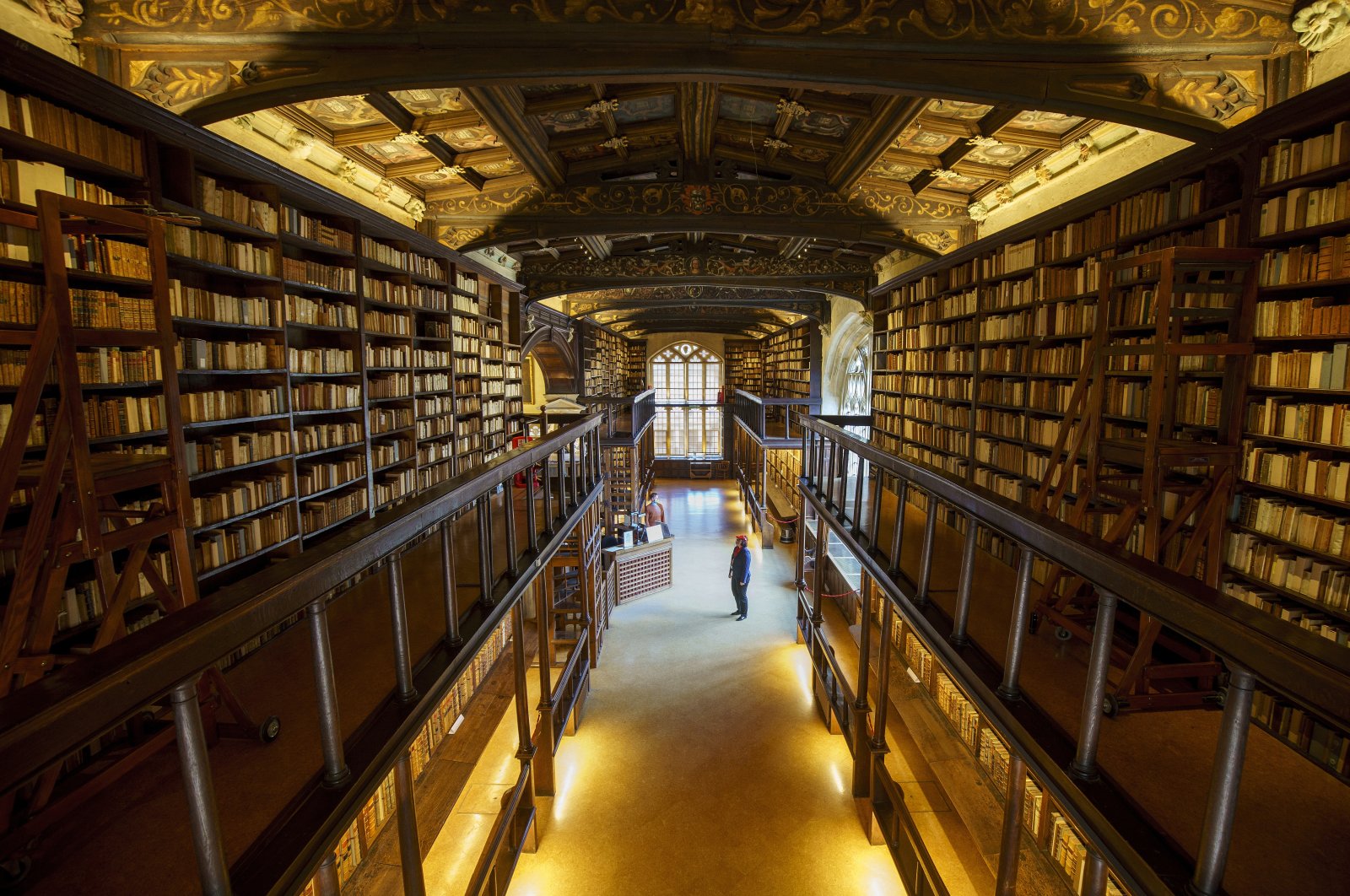 A woman wears a protective mask against the coronavirus as she stands in the Duke Humphrey’s Library at the Bodleian Libraries, in Oxford, Britain, Aug. 25, 2020. (Photo by Getty Images)
by İpek Tekdemir Feb 06, 2021 12:05 am
RECOMMENDED

At a period of time when radicalization continues to deepen, social integration falls apart and the enmity toward “the other” rapidly grows, there is one thing the world urgently needs: embracing the common values that have fallen into oblivion. Otherwise, people are to be stuck in vicious circles of social crises and will become more isolated and marginalized.

Sadly, our era faces a great crisis in terms of social polarization and extremism. For example, in 2020, the number of hate crimes against Muslims alone increased in France by 53%. Taking into consideration that the country hosts Europe’s largest Muslim community, the numbers are unfortunate.

Likewise, an unprecedented example of social polarization was observed in Washington, D.C., on Jan. 6 when raving fans of former U.S. President Donald Trump violently stormed into the U.S. Capitol building, sparking a wave of great anger in American society and among both Democrats and Republicans.

Just this week, to highlight another instance in a different corner of the globe, a coup took place in Myanmar, fostering further division among its society. The coup is also reportedly expected to deteriorate the plight of displaced Rohingya people.

I guess there is no need to go into detail about the continuing trauma and tragic struggle millions of refugees and migrants including Syrians and Yemenis face far from their homes.

Things are changing, and not for the better of societies, as turbulent socioeconomic ups and downs are damaging our lives, and social and racial inequity remains a real issue. Coupled with the constant changes in technology, the spirit of time has added another social hardship in fully engaging in modernity. And, here we are.

In order to preempt these negative developments, countries have to take a more active role through concrete and practical social projects and initiatives and seek ways to enhance mobility and educational opportunities.

Intercultural and intersocial efforts stand as a vital element to particularly focus on, since the more countries that know one another, the more realistic solutions will naturally emerge.

In other words, investing in the knowledge of “the other” would sharply bear positive fruits and prompt the feelings of empathy and awareness.

For this to happen, we need to be open to understanding others, experience the joy of exploring the different and not be alienated from cultural and social realities. Here, curiosity appears to be the ultimate essence that feeds the desire to meet the other, and education is what can systematically foster this curiosity.

In this context, educational programs worldwide must be not only theoretically but also politically, diplomatically and economically supported by international organizations and countries as well.

For example, the European Union’s widespread Erasmus+ program can be shared as a model that promotes sustainable education and training with an aim to enhance intercultural and intersocial integration and engagement. However, it would be too optimistic to conclude it is solely enough to endure global challenges. We need much more.

Educating the youth based on the idea of diversity should find its place on governments’ agendas just like foreign, security or finance policies.

“The direction in which education starts a man will determine his future life,” says Plato. The purpose of promoting common values must occupy the direction of education so that we can have hope for a more positive future.

Otherwise, in the short-term, medium-term or long-term, we are doomed to follow the news reporting that escalated social polarization, non-integrated migrants, hate crimes and growth in extremism.

*Political analyst based in Brussels