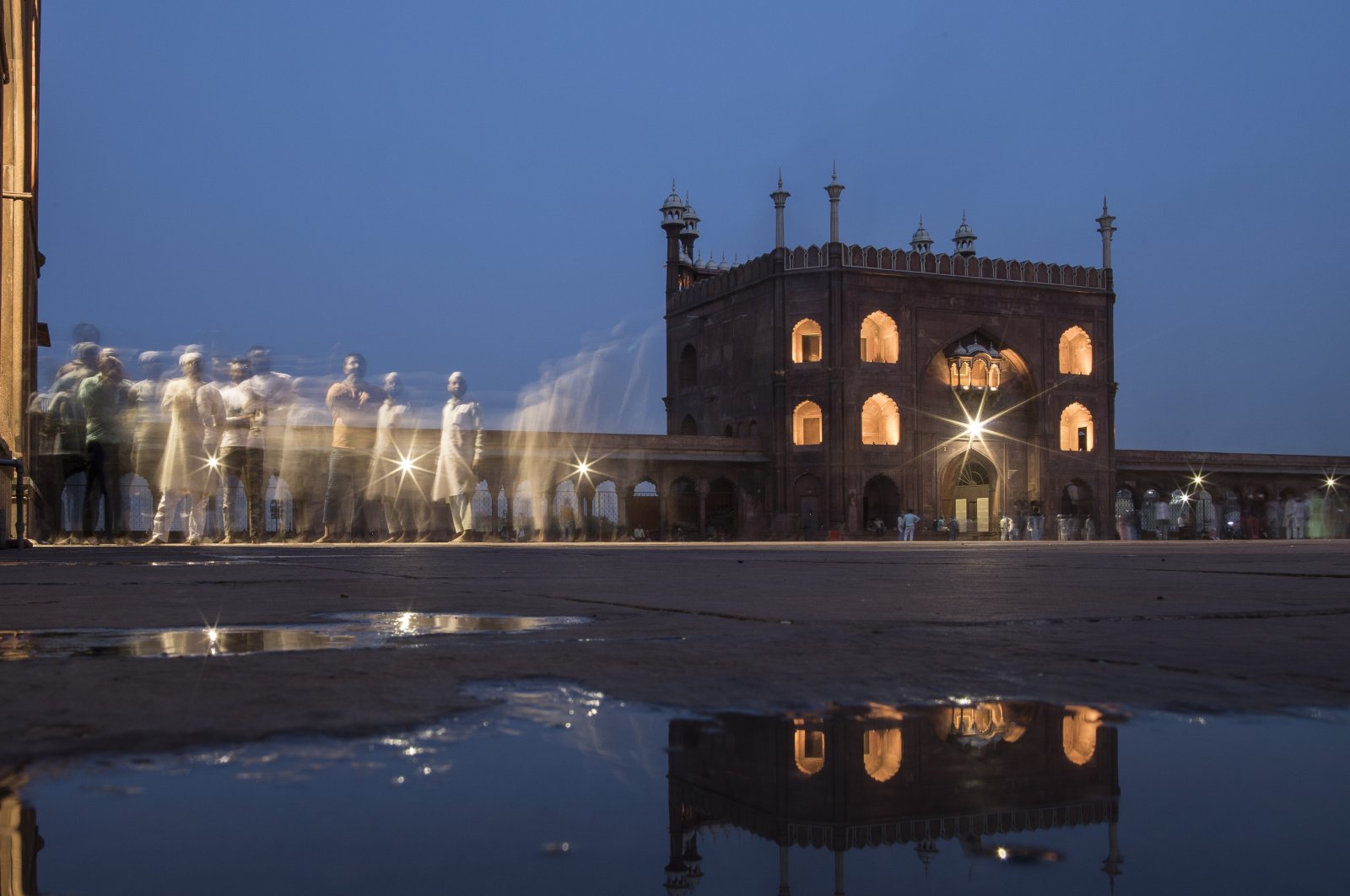 Muslim devotees point towards the sky while trying to locate the moon the night before the holy month of Ramadan is observed in Jama Masjid in the old quarters of Delhi, in New Delhi, India, April 13, 2021. (Photo by Getty Images)
by Muhammet Ali Güler
Oct 09, 2021 12:05 am

No religion orders its followers to kill or hurt members of another religion. Hinduism is no exception. The anti-Muslim wave in India is heartbreaking

As the largest democracy in the world, India is one of the most diverse countries structuring its system based on democratic values. As a whole, Muslims make up about 15% of India's population, and it is this statistic that draws me toward this country as well. It is my personal opinion that India is a nation with an extensive circle of intellectuals and scholars in all fields. There are millions of Indian nationals across the globe, striving to build a positive image of India. I have also come across a number of Indians who are not only open-minded but also fairly knowledgeable and true intellectuals. During our meetings, we never ask about each other’s religion or judge each other based on appearance or race. In fact, with all things equal, this should be the way forward for developing an intellectual, moral and universal behavior.

Furthermore, no matter what, the discussion always comes to Bollywood. I like to share my Bollywood favorites with anyone I meet from India. This is due to the fact that Bollywood serials and movies have affected me positively and sentimentally. Bollywood is rich in rhythms and traditions that have created a cultural diffusion and prestige globally, including in Muslim nations such as Malaysia, Turkey and Indonesia. Bollywood should not be underestimated due to the very fact that this industry has been creating the most number of movies per year – an average of 1,200 movies per year in this billion-dollar industry. Hence it is an undeniable fact that Bollywood helps New Delhi disseminate Indian culture across the globe as an effective instrument of India's soft power.

Imagine coming across a Turkish wedding with the bride dressed in revamped traditional wedding clothes and Indian music playing in the background. People across the world try to sing songs from popular Indian movies. There are two dimensions of this growing Indian influence; a cultural engagement with the rest of the world as well as other types of gains, including economical ones through trading of clothes, which may have a lesser impact than cultural engagement. It is remarkable to see people listening to Indian music and dressing in Indian clothes at local weddings, just because of the cultural impressions transferred through good quality movies and well-known celebrities.

On the other side, it should be noted that India is also the victim of numerous instances of religious and communal unrest that appear to take place every few years. India has had communal clashes between Muslims, Hindus, Sikhs and Christians; however, for the past few decades, the clashes have been between Muslims and Hindus. Hence, it has drawn global attention. However, I do not consider those perpetrators to be Hindu since I personally believe that Hinduism does not permit harming any living spirit on earth.

I have recently watched several videos of violent attacks against Muslims across India from 2015 to 2020. The main motive behind all attacks is allegedly contingent on anti-Muslim rhetoric. Many of the videos show Muslims being beaten to death with sticks and iron rods. It is really worrying to see the staggering and shocking videos about tense relations between Muslims and Hindus in India.

India's weekly news magazine reported a shocking attack on a Muslim family in Gurugram by 35-40 men. There have been a few Muslims who were attacked for simply selling beef while another video showed a man being beaten in front of his daughter. Other videos included a mob pulling a guy from a shop before almost beating him to death. These videos have also been airing on various international platforms. It is reported that many people died during the New Delhi riots in 2020.

It is both noteworthy and praiseworthy to mention that there are also those who do not want those internal disturbances to decelerate the speed of developing India. There are Indians who support and defend minorities and show solidarity with all Indians, including Muslims, by condemning these brutal attacks that are seen as a trigger for endless hatred and violence in India.

We should find ways to put a stop to this hatred and violence that brings a period of chaos every few years. India, like any other nation, has other problems to deal with, so extremism in all its forms must not be tolerated. I do not think that any religion orders its followers to kill or hurt members of other religions. The Indian authorities should not let these unwanted incidents destroy the image of India or let its ever-expanding Bollywood fanbase believe that India is unable to catch up with the pace of its spreading Bollywood cultural influence.