Israel wages war even on Muslim cemeteries in Jerusalem 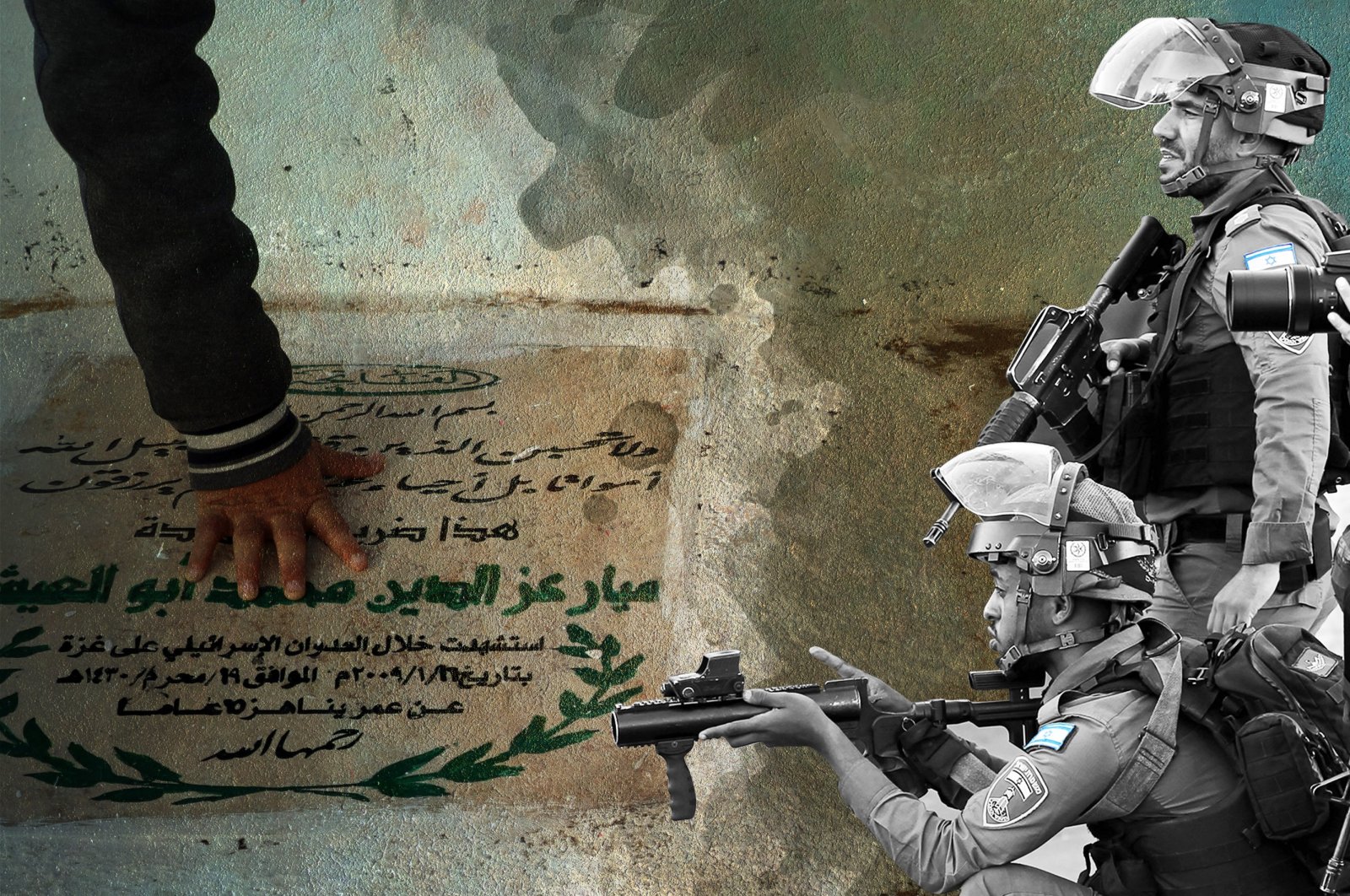 It's sad but seems true that Palestinians have no respite from Tel Aviv's attempts to strip them of their dignity and humanity, even when it comes to death. The sordid violation triggered understandable panic among Palestinians that their interred loved ones would suffer the same obscene fate. Since 1948, Israel’s colonial project has been to change Jerusalem’s historical identity and transform its character and its nature into a modern-ancient Jewish city based on the Bible and the Old Testament. To build a story of a new Jerusalem, the Israeli authorities have always tried their best to erase the history of the Arab, Islamic and Palestinian identity in the holy city.

In this context, ancient Muslim cemeteries have become a target in particular. Last month the Israeli occupation authority started the destruction of the historic Muslim cemetery, Al-Yusufiya, near the walls of the Old City of East Jerusalem. An Israeli municipal crew escorted by police forces stormed the cemetery and began bulldozing, digging up and destroying Palestinian and Jordanian martyrs’ graves. Several local residents intervened to protect the graves of their relatives, but police forces expelled them from the yard and prevented them from entering.

The municipality's aim is to create a "Bible Trail," a string of theme parks south of the Jerusalem Old City, which may lead to the forcible expulsion of Palestinians from their homes in the neighborhoods of Silwan, al-Bustan, Wadi Hilweh and Batn al-Hawa. Last year, Israeli authorities approved a plan to connect the Western and Eastern parts of the city with a cable car running over Palestinian homes, which critics warn will change the ancient panorama of Jerusalem and encourage more Jewish illegal settlers to live in the occupied city.

In 2014, Israel prevented Jerusalemite citizens from burying their relatives in the cemetery's northern area and removed 20 graves of Jordanian soldiers who were killed in the 1967 Six-Day War and buried in a section of the cemetery known as the graveyard of the unknown soldier and martyrs. Jordan lost around 587 soldiers and officers in various cities and towns in the West Bank, which it governed until June 1967.

Last December, the municipality demolished part of the cemetery’s northern wall, a staircase at its entrance. Excavations and bulldozing are still going on and earlier the Israeli Magistrate's Court rejected the request of the Islamic Cemetery Care Committee in Jerusalem to stop razing the memorial area to the “unknown soldier” in the occupied East Jerusalem. The committee submitted the objections to the Israeli courts to stop the bulldozing, the latest of which was weeks ago, to the Israeli Central Court, but the court rejected the request and allowed the bulldozing work to continue. Lawyer Muhannad Jbara, who represents the cemetery care committee, said that "the Magistrate's Court rejected our request to stop the demolition work at the memorial of the martyrs in the al-Yusufiya cemetery after municipal bulldozers swept the remains of martyrs and scattered human bones from the graves."

The aforementioned cemetery is one of the ancient Islamic cemeteries in occupied East Jerusalem, located on a high hill extending from the northern corner of Bab al-Asbat (Lion’s Gate) to the east for about 35-40 meters (115-131 feet). The cemetery was established at the beginning of the Muslim rule of Jerusalem, but it was restored and expanded during the reign of the great Muslim leader Saladin. After the city was occupied in 1967, the Jerusalem municipality took possession of the section that includes the graves of martyrs. It contains graves of Palestinian families who live in Jerusalem and to its north lies the Martyrs' Memorial.

On his part, Aviv Tatarsky, a researcher at the nonprofit organization Ir Amim organization, responded to the controversy surrounding the site, saying that "the park in question is part of a series of government-funded projects (that) aim to link settler compounds in the Old City Basin." He added that projects that seem to be apolitical, such as parks, promenades and tourist centers in the area, were actually political attempts to form a ring of settlements around the Old City. “Similar projects are taking place on the Mount of Olives, in Silwan and in Sheikh Jarrah," he said and further noted that “the incidents at the al-Yusufiya cemetery are an extreme example of the Israeli government’s lack of respect toward Palestinian property rights, heritage and holy places and its determination to make over the Old City Basin."

For another example, since the creation of the state of Israel, its government has worked to remove Palestinian graveyards from Jerusalem and Israel’s destruction of the Mamilla cemetery in the heart of West Jerusalem in the past years was a part of its effort to remove “Palestine” from Jerusalem. The Mamilla cemetery has been a Muslim burial ground since the seventh century when companions of the Prophet Muhammad were reportedly buried there. It is well attested as housing the remains of soldiers and officials of Saladin from the 12th century, as well as generations of Jerusalem families, scholars and notable individuals. The cemetery grounds also contain numerous monuments, structures and gravestones attesting to its hallowed history, including the ancient Mamilla Pool, which dates back to the Herodian period, or the first century B.C.

Since 1860, the cemetery has been clearly demarcated by stone walls and a road surrounding its 134.5 dunums (about 33 acres). It was declared a historic site by the Supreme Muslim Council in 1927 and an antiquities site by the British mandate authorities in 1944. It stayed in active use as a burial ground throughout the mandatory era until 1948, when the new State of Israel seized the western part of Jerusalem, where Mamilla is located. For hundreds of years the Waqf (Islamic Endowment) of Jerusalem had cared for the cemetery, but it has been prevented by Israel from accessing the cemetery grounds since the 1967 Six-Day War.

In 1986, in response to urgent protests to the UNESCO regarding the destruction of parts of the Mamilla cemetery, Israel avowed that “no project exists for the de-consecration of the site and that on the contrary the site and its tombs are to be safeguarded.” The destruction went on systematically and now, in 2021 almost none of the graves exists and the cemetery that, for decades, had been recognized as a historic site gradually was transformed by Israel into a public park, garden, hotel, school, nightclub and the so-called "Museum of Tolerance."

Similarly, Israel is trying today by all means to destroy the Al-Yusufiya cemetery, a plan to wipe out all Palestinian history and memories, including the human remains that demonstrate a deep and powerful connection to the city. Israel continues to erase the Islamic history and tradition of Jerusalem and replace it with the Jewish one disrespecting all universal norms regarding burial sites, which must be protected, respected and preserved. These actions on the Muslim cemeteries illustrate the state’s disrespect for the religious, spiritual beliefs and sentiments that holy sites engender among Palestinians and Muslims everywhere.