Long-term peace in Karabakh is possible 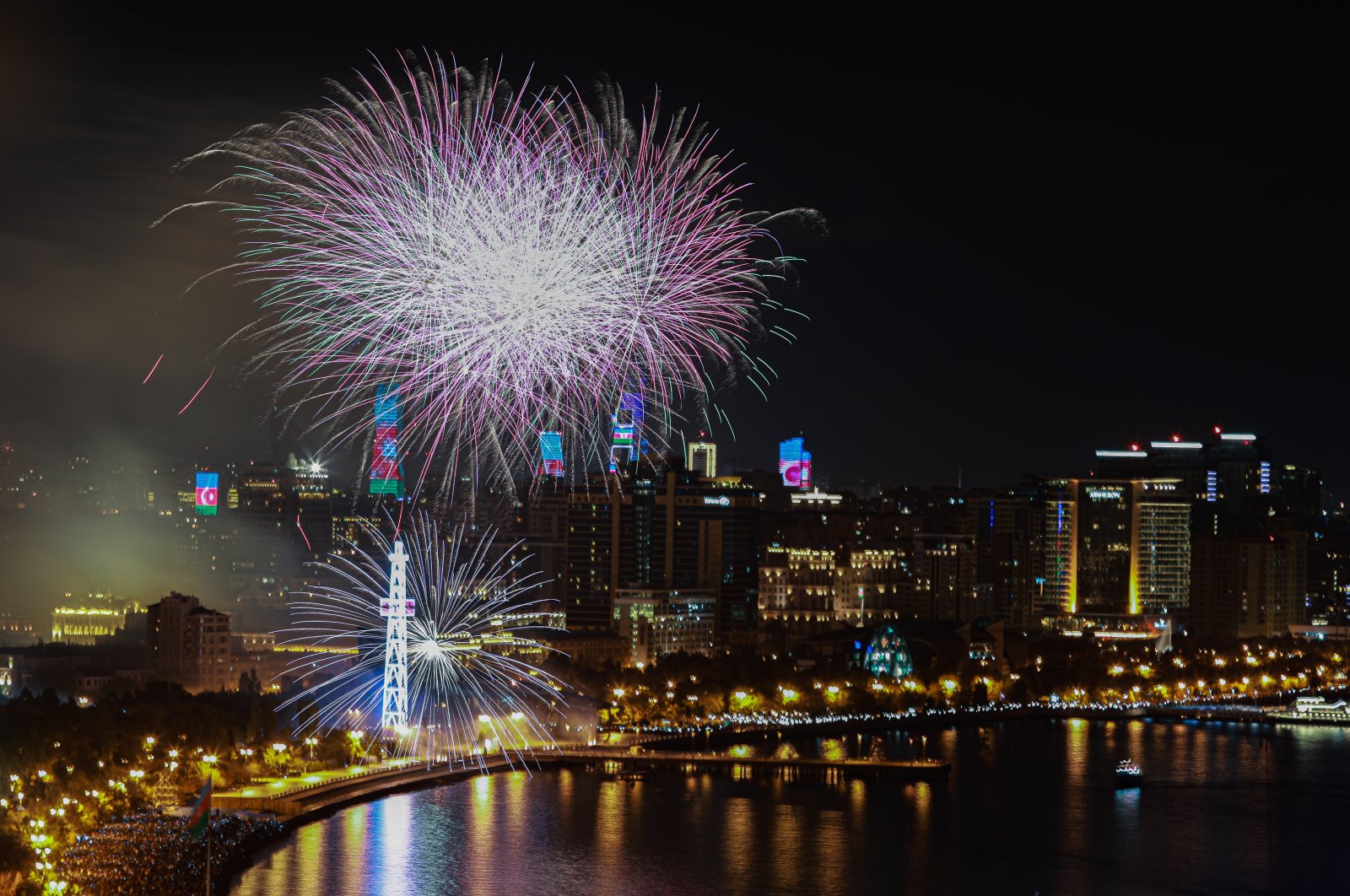 Fireworks go off over Baku during a procession marking the first anniversary of the Karabakh victory, Baku, Azerbaijan, Nov. 8, 2021. (Photo by Getty Images)
by Fariz Ismailzade Nov 10, 2021 12:05 am

One year ago, right after the Second Karabakh War, I wrote an article for Daily Sabah about the horrible humanitarian consequences of the war. Since then, I have visited the liberated lands of Azerbaijan four times, personally witnessing the brutal destruction of Azerbaijani lands by the 30-year Armenian occupation. Approximately 900,000 ethnic Azerbaijanis have lost their homes and property, which now are in ruins and vandalized. Many cities and villages have disappeared. They have been razed to the ground. I have read such horrors only in history books.

Yet, during my visits, I have also seen an unbelievable amount of construction equipment and machines. Nowhere in the world are the reconstruction efforts taking place with such rapid speed as in Karabakh. The Azerbaijani government is keen to turn the area into the most prosperous area in the world, with ecoparks, green zero net emission zones, industrial and technological centers, transportation hubs, agro farms and safe and secure areas for peaceful living and coexistence of all ethnic groups.

Yes, this vision is possible. As Azerbaijanis celebrate the first anniversary of the liberation of the formerly occupied lands, we also witnessed the inauguration of the first international, modern and sophisticated airport in the formerly ruined lands of Fuzuli. Two more airports are under construction. We also see many highways, tunnels, electric stations and smart villages being built. The government of Azerbaijan has pledged some $1.18 billion per year for these efforts, but more assistance is needed from foreign countries and international organizations, businesses and nonprofits.

One of the most promising characteristics of the Karabakh area is the development of East-West and North-South transport corridors passing through the liberated lands, then via the Zangezur region of Armenia, the Nakhchivan Autonomous Republic of Azerbaijan and connecting to Turkey and further on to European markets. This transport and connectivity corridor will further link the railway systems of Russia, Central Asia, Azerbaijan, Iran, Armenia and Turkey and cement what is now proposed as a “3+3” format of regional cooperation between these countries. Turning the South Caucasus into a win-win scenario is a possible task, and one should say is an immediate obligation and responsibility of all stakeholders.

Development of the business climate in the liberated lands and the attraction of foreign investors will open jobs and opportunities for both Armenians and Azerbaijanis. Economic security and interdependence and the opening of borders and communication lines will lay a solid foundation for durable political peace and security. For that to happen, both Armenia and Azerbaijan must immediately start to work on peace agreement, with mutual recognition of territorial integrity and international borders. A trilateral commission on border demarcation and delimitation is sending all sides promising signals about the potential progress.

The return of the internally displaced people (IDP) of Azerbaijan is another important task, and while demining activities (there are more than 97,000 mines in Agdam region alone) and construction of new villages take time, we, at ADA University, have surveyed more than 2,000 randomly selected IDP families about their return plans. Most are eager to settle back in their native villages and restore the vibrant economic livelihood in ancient Karabakh. Some of the surveyed residents have shown us old keys to their homes, photos of their villages and other important household items, which symbolize their never-ending dream to go back to their native lands.

There is no doubt that Karabakh will become a touristic attraction for the whole world. Shusha, the cultural capital of Azerbaijan, with its deep historical and cultural heritage, will once again flourish and produce amazing composers and singers, like Bulbul and Uzeyir Hajibayli.

Regional powers, more specifically Russia and Turkey, are playing a very constructive role in securing the cease-fire, preventing further military provocations, investing in diplomatic negotiations as well as launching new business and reconstruction projects. Turkish-Armenian diplomatic normalization and the opening of their bilateral border are on the table as well, as progress is made on the Karabakh front. Turkey and Azerbaijan’s vision for inclusive regional peace and economic cooperation can finally lift Armenia from decadeslong marginalization and show optimism to the Armenian people about the future. This would prevent any radical and revanchist political parties from gaining support in Armenian society.

Both Armenians and Azerbaijanis can live in peace, as they did for many centuries. The tragic events of the 20th century should not block the opportunities for the future. The region is rich enough to benefit all ethnic and religious groups. There is no reason to fight for the land if this land will stay idle and ruined for another 30 years. Let’s work together to build a sustainable peace in the region. We have had enough suffering and humanitarian catastrophe. Time to focus on a bright and peaceful future.