Mohammed bin Salman is more isolated than ever 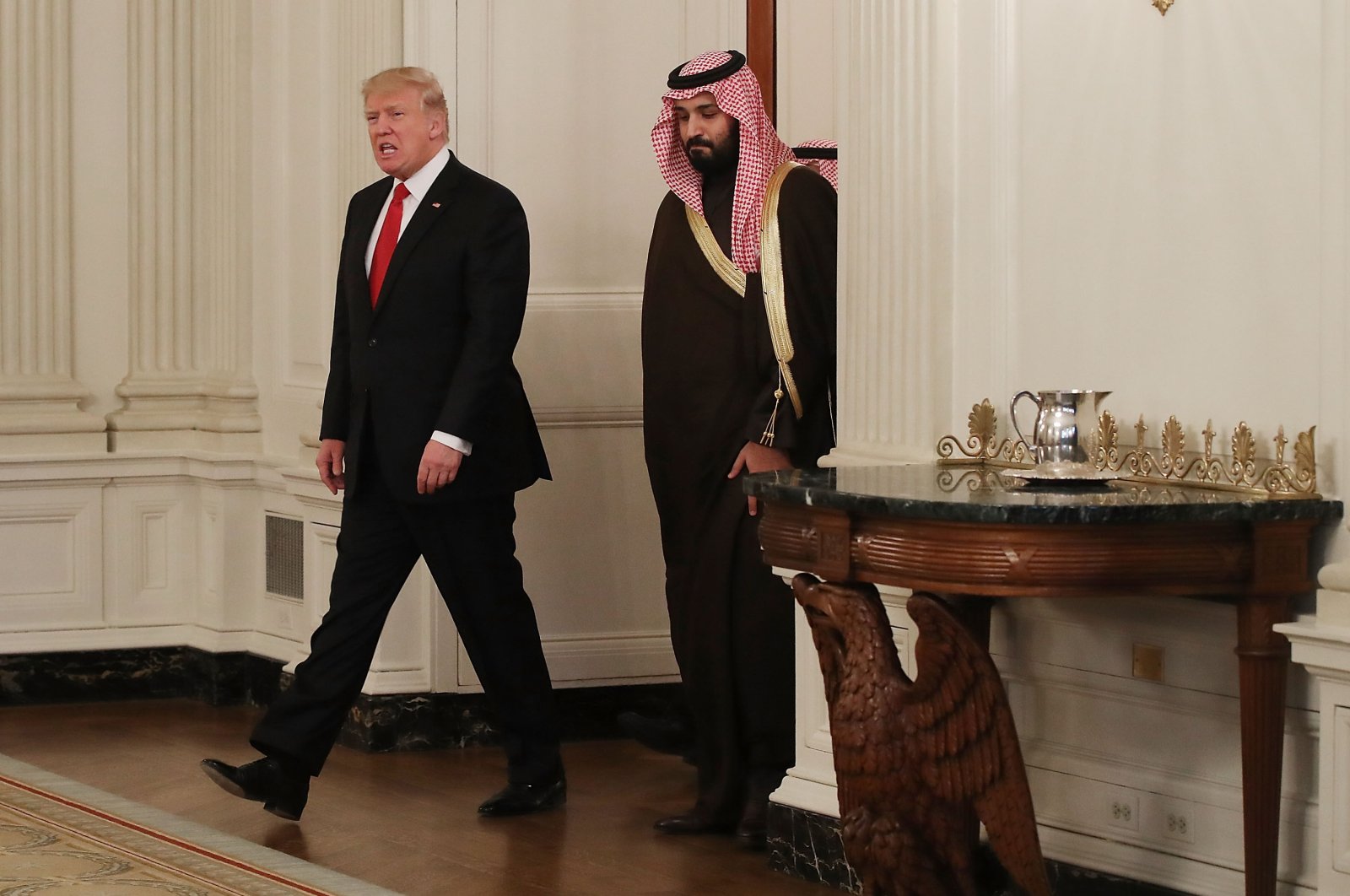 With the long-awaited U.S. intelligence assessment of journalist Jamal Khashoggi’s murder being made public, Saudi Arabia's Crown Prince Mohammed bin Salman (MBS) has been confined to a dire situation of his own making.

While the report itself provided little insight regarding Khashoggi’s death, simply reiterating the undeniable fact that his killing could not have happened without MBS’s direct oversight made it clear that the crown prince is no longer held in high esteem in Washington.

While U.S. President Joe Biden’s administration refrained from sanctioning MBS, instead going after his henchmen, MBS will no longer be receiving the preferential treatment in Washington that he got used to under the former leadership.

It was the crown prince’s personal ties to former U.S. President Donald Trump, by virtue of MBS’s strong relationship with Jared Kushner, Trump's son-in-law and chief advisor, that allowed MBS to act with a blank check.

Biden’s moves, as symbolic as they have been thus far, are set to change this course.

From the start of his tenure as crown prince, MBS was hailed as a reformer, someone that could foster meaningful change in Saudi Arabia. The young prince put forward an ambitious plan to transform Saudi Arabia in less than a decade, spent millions in public relations campaigns and inked some of the largest arms deals with the U.S.

Many in the West bought into the narrative that Saudi Arabia was changing and thus they accommodated the crown prince just like the U.S. did.

As a junior statesman, he was welcomed in many capitals, cultivating close relations with heads of state, such as French President Emmanuel Macron, and many others. MBS replaced his father as the face of Saudi Arabia.

However, with the facts of Khashoggi’s murder laid bare, he has irreparably damaged Saudi Arabia’s reputation along with his own. This veil has fallen.

Following Biden’s lead, Western leaders will no longer be keen to extend a hand to Saudi Arabia’s former star child. With the brutality in which Khashoggi was killed still fresh in the minds of all, MBS has botched his record for good.

Washington’s indifference to MBS’s erraticism has ended. As the U.S. is mulling a new kind of relationship with Saudi Arabia – where an emphasis on human rights takes precedence – they have also made clear that their interlocutor is King Salman, not his son.

On the eve of the release of the Khashoggi report, Biden called the Saudi king, possibly to engage in some damage control, as Saudi Arabia still remains an asset for the U.S.

While Trump might have called the crown prince – as he usually did – and thus bypass his father the king, Biden chose the more conventional route.

Convention will be the guiding principle as Biden seeks to build the U.S.-Saudi principle in his own thinking.

This simple decision signifies that Biden is reverting U.S.-Saudi ties back to an institutional framework, where MBS, at least for the time being, does not figure. The crown prince is no longer in the picture.

Biden’s constant emphasis on “recalibrating” the U.S.-Saudi relationship is increasingly being built on the idea that Washington must maintain an institutional partnership with Saudi Arabia rather than a personal one.

This was the tone that the White House press secretary struck in her briefing on March 1, defending Biden’s decision not to sanction the crown prince directly, citing “national interests.”

While MBS might have evaded sanctions, he must now brace for a new approach from Washington.

As MBS is increasingly pushed out of the frame, with Biden choosing to engage with King Salman directly, the relationship between Washington and Riyadh is set to enter a new phase of difficulty.

MBS is Saudi Arabia’s de facto ruler. He is virtually in control of all major policy chapters, and especially maintains a firm grip on foreign policy, emboldened by the fact that his father the king is a frail and aging man.

However, with Biden’s administration constantly emphasizing their commitment to human rights at the international level, MBS remains a potential thorn in the U.S. narrative.

Thus, Biden is carefully attempting to distance his administration from MBS, who he sees as being far too engaged with Trump, not to mention his record of condoning atrocities – with Khashoggi’s death being the most visible.

MBS has become a liability for the U.S., and Biden seems bent on dissociating Washington with his style of leadership.

As Biden “reassesses” the U.S.-Saudi relationship, he is deliberately isolating the crown prince to make such a recalibration of relations possible.

While this might fit his administration’s narrative on human rights and accountability, it creates a possible problem with Saudi Arabia’s future leader, possibly signaling a break in the relationship between Riyadh and Washington.

Under Biden’s tenure, Saudi Arabia and the U.S.will likely have to navigate a difficult relationship. MBS’s overtures to Biden will likely fall on deaf ears.

Biden is not enthralled with the crown prince as Trump was. The relationship between the U.S. and Saudi Arabia is moving back to the institutional level, where U.S. values will take precedence, instead of the purely transactional relationship that Trump constructed.

MBS has managed to walk unscathed from the publication of the report on Khashoggi’s murder. He won’t be sanctioned, with the report serving as a mere reprimand and announcement of facts that had already been established.

Yet now the crown prince must deal with the even greater problem of having lost access to the White House. Nor will his former friends such as Macron give him a platform as they would likely not risk countermanding Biden, and would be careful of associating with someone complicit in a political murder.

MBS’s short-lived fame has come to an end. His self-inflicted isolation might allow for some image rehabilitation, however, this is unlikely.

The crown prince’s isolation is coupled with equally strong notoriety, which is sure to follow him well into his tenure as the heir apparent and eventually as king of Saudi Arabia.