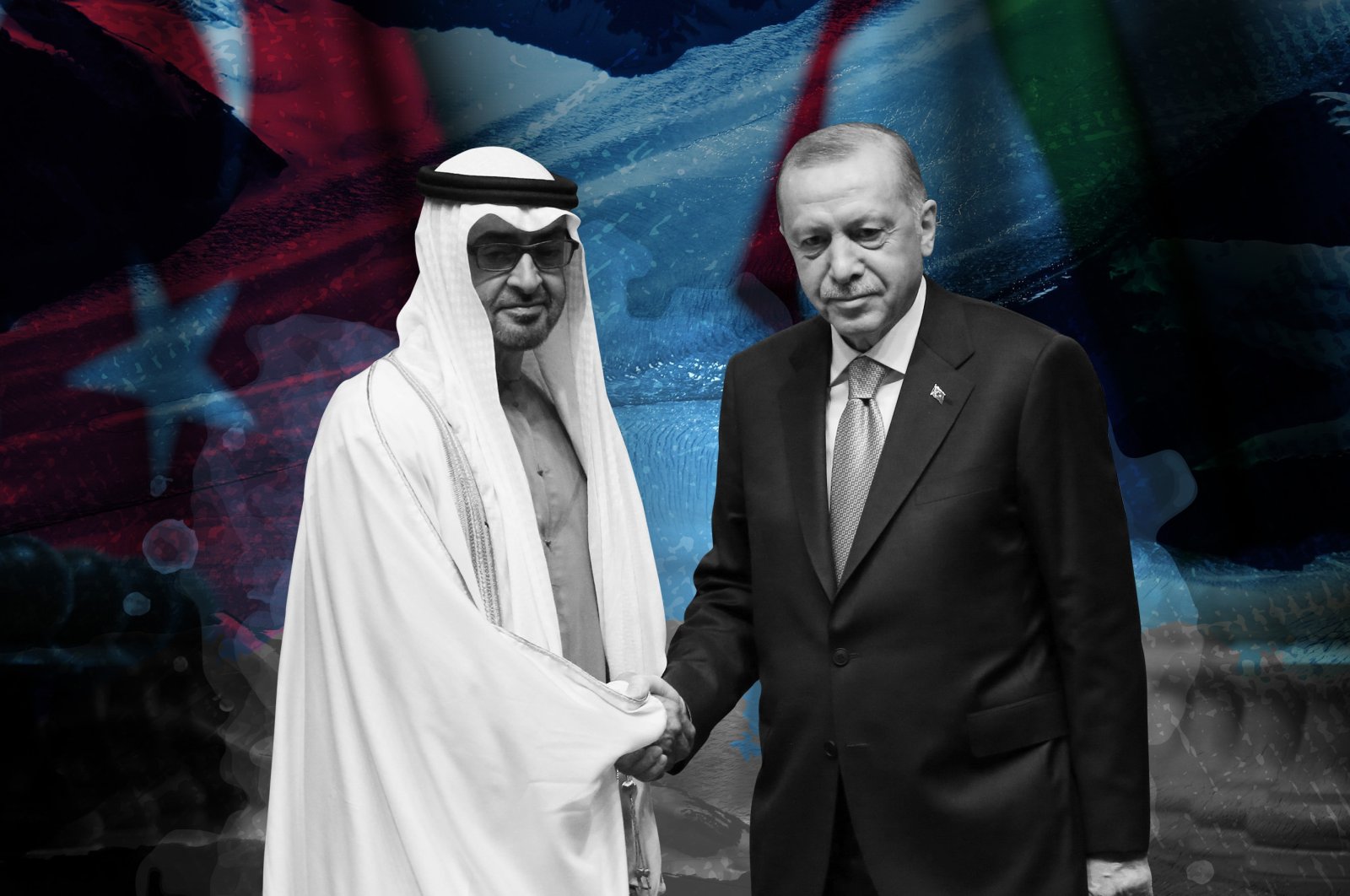 The economy, stability and security issues have spurred the ongoing Turkey-UAE normalization

Abu Dhabi's Crown Prince Mohammed bin Zayed’s (MBZ) recent visit to Ankara came after a long period of frozen relations with the United Arab Emirates (UAE). For years, the two have held different positions on several regional and international developments including the 2013 Egypt events, the Libya crisis and the tensions in the Middle East and the Eastern Mediterranean. Both sides, however, are aware of the fact that there is no direct problem between them, apart from disputes relating to third parties.

A few months ago, the Turkish and Emirati sides expressed a need for transformation through mutual media statements. Undoubtedly, a number of changes have taken place in the region and these, along with a number of other factors, are pushing all parties to reposition themselves and solve their bilateral issues both on their own and within the framework of direct communication.

MBZ’s visit was not surprising as it was signaled after a trip to Turkey by the crown prince’s brother, UAE national security adviser Tahnoun bin Zayed Al Nahyan, which was later followed by the Erdoğan-MBZ phone call. During MBZ’s visit, Turkey and the UAE signed 10 agreements in the fields of economy, security, trade and environment.

Turkish-UAE economic ties were once the largest and most developed at the level of Arab Gulf states and the UAE is an important market for contractors. Turks are known for their presence in the construction sector globally. Until 2013, Turkish companies had over 100 projects worth $8.5 billion (TL 102.63 billion) in the UAE.

After the events in Egypt in the summer of 2013, Turkish-UAE relations suddenly became tense as both sides adopted different positions in the ensuing developments. This also reflected negatively on Ankara’s relations with some other Arab Gulf states in general. The country’s strategic dialogue with the region, which began in September 2008, concluded with five joint ministerial meetings. The dialogue halted following the meeting in Bahrain in 2013.

Observers' opinions on MBZ's Ankara visit differ after the tumult of the past. However, everyone agrees that these times are sensitive and require actors to unite or improve cooperation, particularly on common security and stability, regardless of differences.

Without a doubt, the Gulf reconciliation that started in Saudi Arabia’s al-Ula province and the Turkish-Egyptian rapprochement are two key developments that have left an impact on the region. MBZ’s Ankara visit also has a role to play in the reconciliation.

It is clear that MBZ’s visit has opened a new page for Ankara and Abu Dhabi and has culminated in a series of positive developments for both sides. It will also inevitably reflect on the overall relations between the Arab countries and Turkey and the region in general. Within the framework of achieving common interests and confronting common threats, the visit is good for Turkey-Gulf relations.

With the exception of cases related to third parties, there is an unmistakable rapprochement in the views of Abu Dhabi and Ankara on various issues. The Yemeni crisis is a case in point.

For sure, one of the most constructive conclusions of the visit was on the security issue as both sides expressed readiness to strengthen cooperation and confront common challenges such as terrorism to bring more stability to the region.

It remains to be seen if MBZ’s Ankara visit is a big leap on the path of fruitful cooperation that will positively affect the entire region.