Egypt signals progress in normalization of ties with Turkey 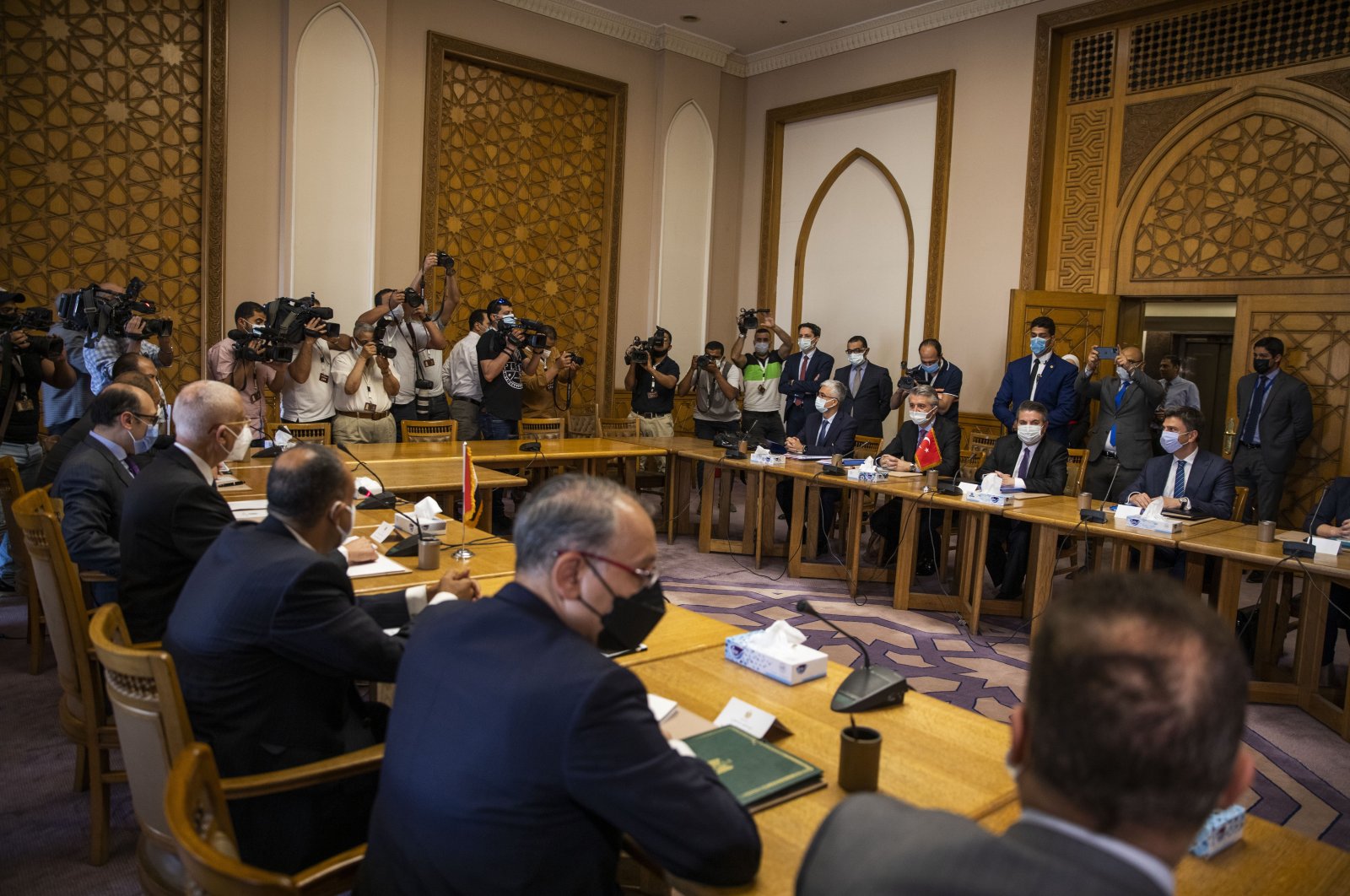 "The issue (of normalizing relations) has not yet reached the next step but there is some progress that we hope we will build on," Shoukry said in an interview with the local MBC Egypt channel late Friday.

Ankara and Cairo have recently exchanged positive signals in an attempt to restore relations after more than seven years of political estrangement.

Shoukry said further progress will depend on the extent both countries adhere to "the rules that govern bilateral relations, the commitment of each party not to interfere in the internal affairs of the other, the principle of respect and recognition of state sovereignty, and within the framework of reviewing the policies adopted at the regional level."

"We will open the door for further progress in our relations with Turkey when we are satisfied with the solutions presented to the outstanding issues between us," he said, without giving further details.

On Sept. 8, diplomats from both countries held the second round of exploratory talks in Ankara as part of efforts to normalize relations between Turkey and Egypt.

The Turkish Foreign Ministry said the two sides "agreed to continue these consultations, confirming their desire to make progress in areas under discussion and the need for further steps to facilitate normalization of their relations."

The first round of exploratory talks was held in Cairo in May upon an invitation from Egypt. A joint statement described the talks as "frank and in-depth."

Egypt and Turkey have not shared ambassadors since 2013, when relations worsened following the ousting of Egyptian President Mohamed Morsi by military chief Abdel-Fattah el-Sissi, now the country’s president.

Since 2013, ties between Turkey and Egypt have been carried out at the lower level of charge d'affaires. During this period, brief meetings were also held on various occasions between the two countries' foreign ministries.

Ankara held out the possibility of striking a maritime deal with Egypt in the Eastern Mediterranean, similar to the one struck with the Tripoli government in late 2019. That deal led to renewed tensions between Turkey and neighboring Greece and Greek Cyprus over energy exploration in the region.

Foreign Minister Mevlüt Çavuşoğlu recently said that negotiations may start regarding maritime zones in the Eastern Mediterranean if the Egyptian side wants. "They (Egypt) will make more gains if they make an agreement with us."