Reforming UN should be the first step for future 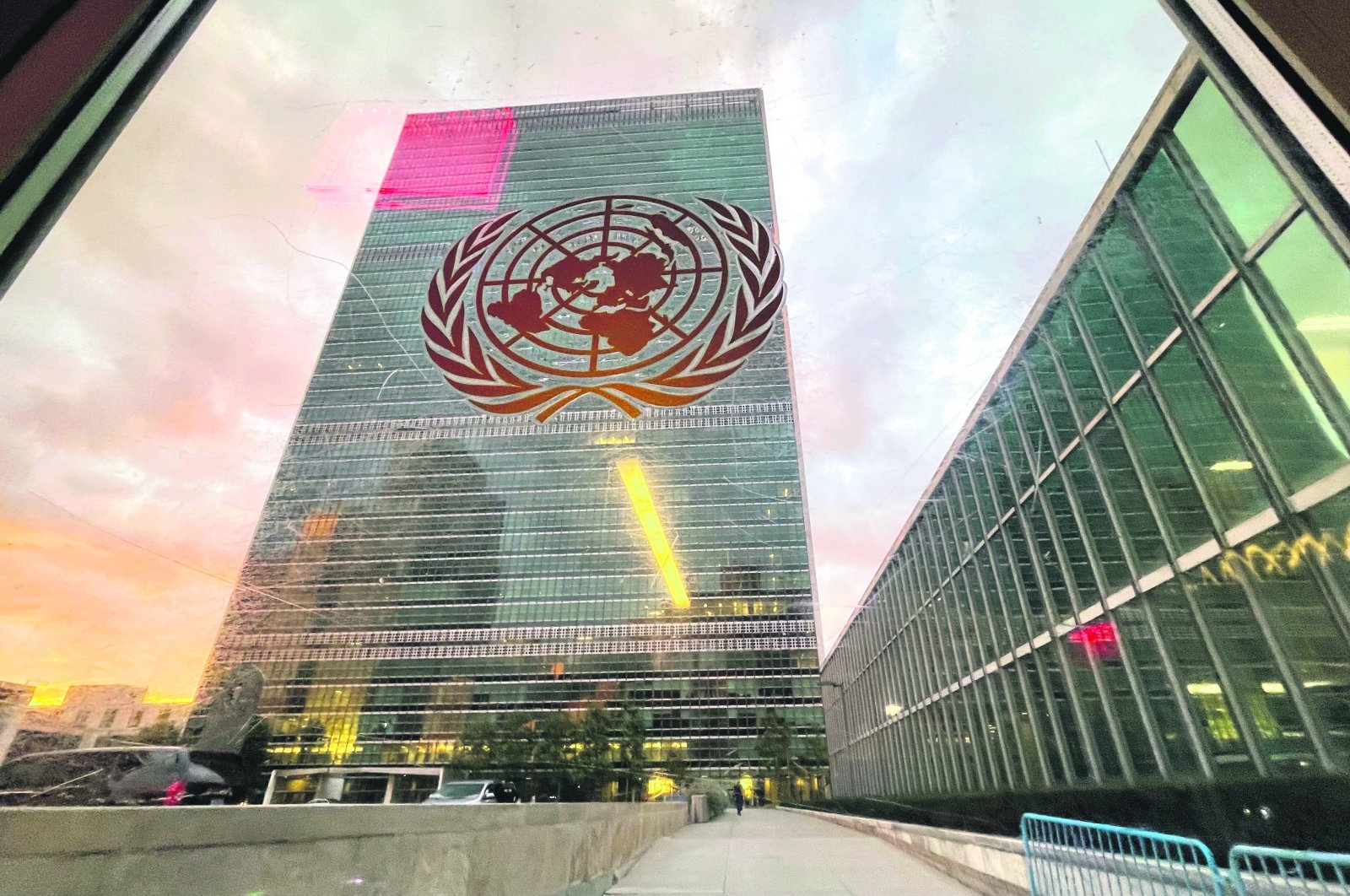 The United Nations headquarters building is seen from inside the U.N. General Assembly hall before heads of state begin to address the 76th Session of the General Assembly, New York City, U.S., Sept. 21, 2021. (Photo by Getty Images)
by Bayram Aliyev Sep 28, 2021 12:05 am
RECOMMENDED

Wars leave societies in a state of poverty and destruction. At the beginning of the 21st century, approximately 60 countries were either experiencing conflict or the conflicts had just ended in these countries, according to Human Security Report 2005. Recent destructive crises in Syria, Afghanistan and Iraq are but one addition to them. Stopping the conflicts and building post-conflict peace in conflict areas are among the priorities of the United Nations.

However, the U.N. draws much criticism over its activities, its approach to the ongoing global problems and its role in solving these problems. The veto power issue in the U.N. Security Council (UNSC) emerges as the most criticized issue as it may block the ability to solve crises. Be it from academics, researchers or states, these criticisms are very accurate when the current structure of the U.N. is investigated.

Does the U.N. play an active role in maintaining international peace and resolving crises? Does it have the ability to make decisions that directly or indirectly come into conflict with the interests of any of the UNSC members? What is the role of the U.N. in current crises and conflict zones and in the peaceful resolution of these conflicts? Can it help build and maintain peace? Such questions will enable us to understand better the current functioning of the global system.

Since the U.N. is the largest international organization, it is expected to take an active role in all international problems. It is also expected to play a role in the resolution of conflicts with a problem-solving and peace-building mechanism based on impartial and objective laws.

However, the U.N. has not been able to demonstrate its expected impartiality and effectiveness. While the U.N.'s obsolete structure from the Cold War era requires comprehensive reform, the great powers' acting in line with their own interests rather than international law also draws criticism. For example, in the Syrian crisis, this was notably observed.

Whether we look at the example of Libya and Syria, or the resolutions of the UNSC on the Nagorno-Karabakh issue that had not been implemented for a long time – as President Recep Tayyip Erdoğan noted in his speech at the U.N., Azerbaijan itself was forced to implement it by using hard power – it is clear that the U.N. is a relatively dysfunctional and passive organization.

In a nutshell, the U.N. has failed to contribute to the end of the ongoing crises and human tragedy around the world.

Furthermore, although the UNSC resolutions are binding by all members and have sanction power, we see that the UNSC actually implements practices in line with the interests of major international actors. In other words, rather than the UNSC implementing decisions as a U.N. agency, we see that member states take and implement decisions that do not conflict with the interests of other states.

It is not more than a hope that global problems will be resolved when the approach to global politics and ego-centered interests of the states are replaced by global justice and a conscientious vision. When global problems are squeezed between the interests of five countries, they become more and more chronic. This seems clear in the example of Russian hard power exercises in the post-Soviet region. The U.S. intervention in Iraq and Afghanistan can also be analyzed from this perspective.

In order to ensure peace swiftly and to ensure its perpetuity in the conflict zones, there is a need to make the U.N. the most effective decision-maker for international peace by undergoing radical reform. Otherwise, as stated above, the organization will continue to be stuck between the UNSC members and it will continue to take dysfunctional decisions that are not implemented or given the opportunity to be implemented, in the end becoming an increasingly ineffective institution. The U.N. falling into such a situation might bring along the threat of new chaos in the world, further deepening international problems and potentially causing the outbreak of a new war.