US combat forces to leave Iraq by end of year: Biden 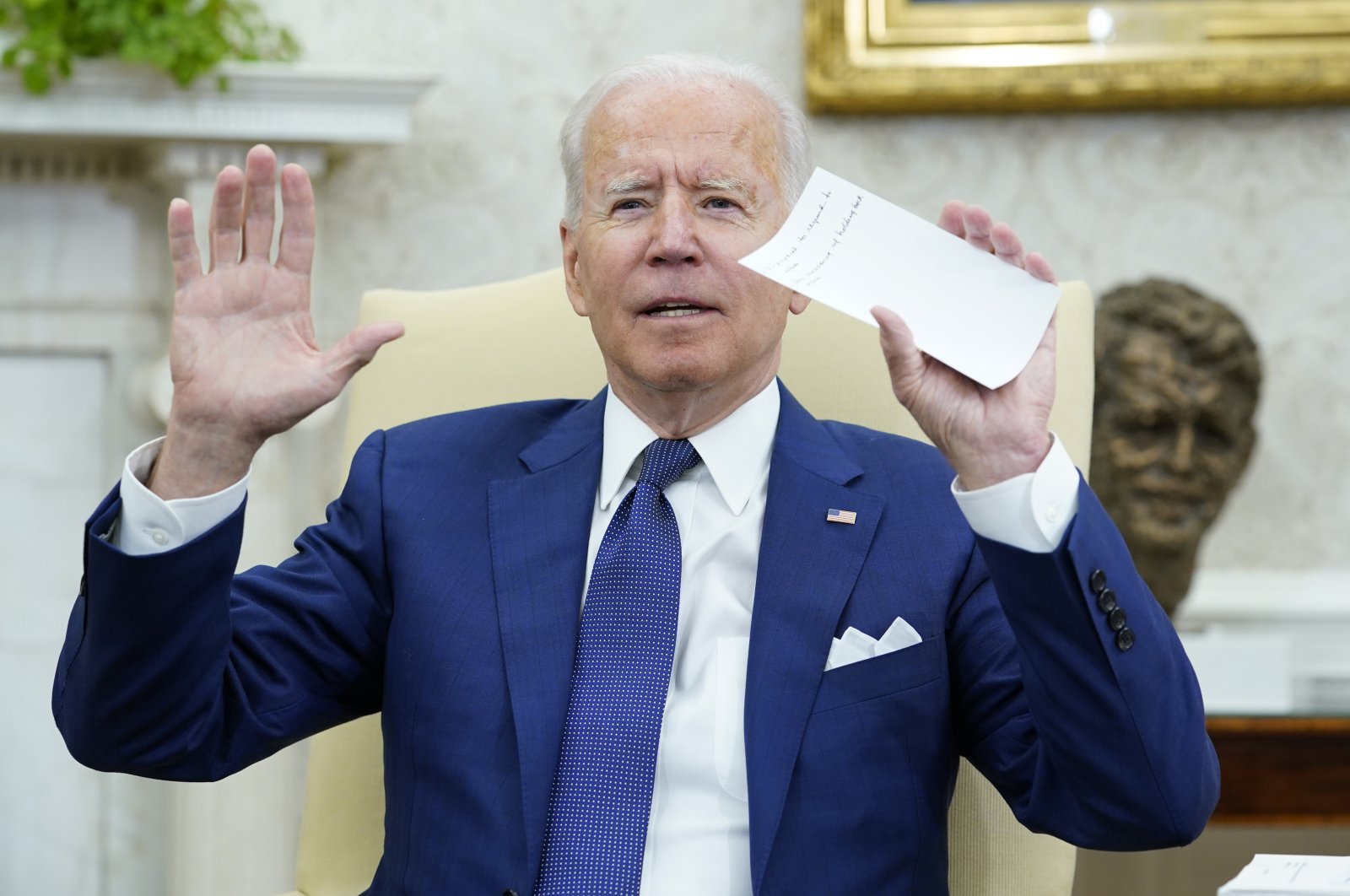 President Joe Biden said Monday the U.S. combat mission in Iraq will conclude by the end of the year, an announcement that reflects the reality on the ground more than a major shift in U.S. policy.

Even before Biden took office, the main U.S. focus has been assisting Iraqi forces, not fighting on their behalf. And Biden did not say if he planned to reduce the number of troops in Iraq, now about 2,500.

The announcement comes on the heels of Biden’s decision to withdraw fully from Afghanistan nearly 20 years after the U.S. launched that war in response to the Sept. 11, 2001, attacks.

Together, the wars in Afghanistan and Iraq have heavily taxed the U.S. military and kept it from devoting more attention to a rising China, which the Biden administration calls the biggest long-term security challenge.

For years, U.S. troops have played support roles in Iraq and in neighboring Syria, which was the origin of the Daesh group that swept across the border in 2014 and captured large swaths of Iraqi territory, prompting the U.S. to send troops back to Iraq that year.

Speaking to reporters during an Oval Office session with Iraqi Prime Minister Mustafa al-Kadhimi, Biden said his administration remained committed to a partnership with Iraq – a relationship that has been increasingly complicated by Iranian-backed Iraqi militia groups.

The militias want all U.S. troops out of Iraq immediately and have periodically attacked bases that house American troops. Dan Caldwell, a senior adviser to Concerned Veterans for America, said U.S. troops will remain at risk.

"Regardless of whether their deployment is called a combat mission, U.S. troops will remain under regular attack as long as they remain in Iraq,” Caldwell said in a statement. "An American military presence in Iraq is not necessary for our safety and only risks the loss of more American life.”

Biden said the U.S. military will continue to assist Iraq in its fight against the Daesh group. A joint U.S.-Iraq statement said the security relationship will be focused on training, advising and intelligence-sharing.

"Our shared fight against ISIS is critical for the stability of the region and our counterterrorism operation will continue, even as we shift to this new phase we’re going to be talking about,” Biden said, using an alternate acronym for Daesh.

The shift from a U.S. combat role to one focused on training and advising the Iraqi security forces was announced in April, when a joint U.S.-Iraqi statement said this transition allowed for the removal from Iraq of any remaining U.S. combat forces on a timetable to be determined later. It did not specify what combat functions the U.S. was engaged in then, nor did Biden get into such specifics on Monday.

"We’re not going to be, by the end of the year, in a combat mission,” he said. White House press secretary Jen Psaki declined to say how many troops would remain in Iraq by year's end. "The numbers will be driven by what is needed for the mission over time, so it is more about moving to a more advising and training capacity from what we have had over the last several years,” she said.

The U.S. troop presence has stood at about 2,500 since late last year when then-President Donald Trump ordered a reduction from 3,000.

The Iraqi government in 2017 declared victory over the Daesh group, which is now a shell of its former self. Still, it has shown it can carry out high-casualty attacks. Last week, the group claimed responsibility for a roadside bombing that killed at least 30 people and wounded dozens in a busy suburban Baghdad market.

In his remarks alongside Biden, al-Kadhimi thanked the United States for its support.

Back home, al-Kadhimi faces no shortage of problems. Iranian-backed militias operating inside Iraq have stepped up attacks against U.S. forces in recent months, and a series of devastating hospital fires that left dozens of people dead and soaring coronavirus infections have added fresh layers of frustration for the nation.

For al-Kadhimi, the ability to offer the Iraqi public a date for the end of the U.S. combat presence could be a feather in his cap before elections scheduled for October. Biden administration officials say al-Kadhimi also deserves credit for improving Iraq’s standing in the Mideast.

Last month, King Abdullah II of Jordan and Egyptian President Abdel-Fattah el-Sissi visited Baghdad for joint meetings – the first time an Egyptian president has made an official visit since the 1990s, when ties were severed after Saddam Hussein invaded Kuwait.

The Iraqi prime minister made clear before his trip to Washington that he believes it’s time for the U.S. to wind that mission down.

"There is no need for any foreign combat forces on Iraqi soil,” al-Kadhimi told The Associated Press (AP) last weekend.

The U.S. mission of training and advising Iraqi forces has its most recent origins in President Barack Obama’s decision in 2014 to send troops back to Iraq. The move was made in response to the Daesh group’s takeover of large portions of western and northern Iraq and a collapse of Iraqi security forces that appeared to threaten Baghdad. Obama had fully withdrawn U.S. forces from Iraq in 2011, eight years after the U.S. invasion. Pentagon officials for years have tried to balance what they see as a necessary military presence to support the Iraqi government’s fight against Daesh with domestic political sensitivities in Iraq to a foreign troop presence.

The vulnerability of U.S. troops was demonstrated most dramatically in January 2020 when Iran launched a ballistic missile attack on al-Asad air base in western Iraq. No Americans were killed, but dozens suffered traumatic brain injury from the blasts.