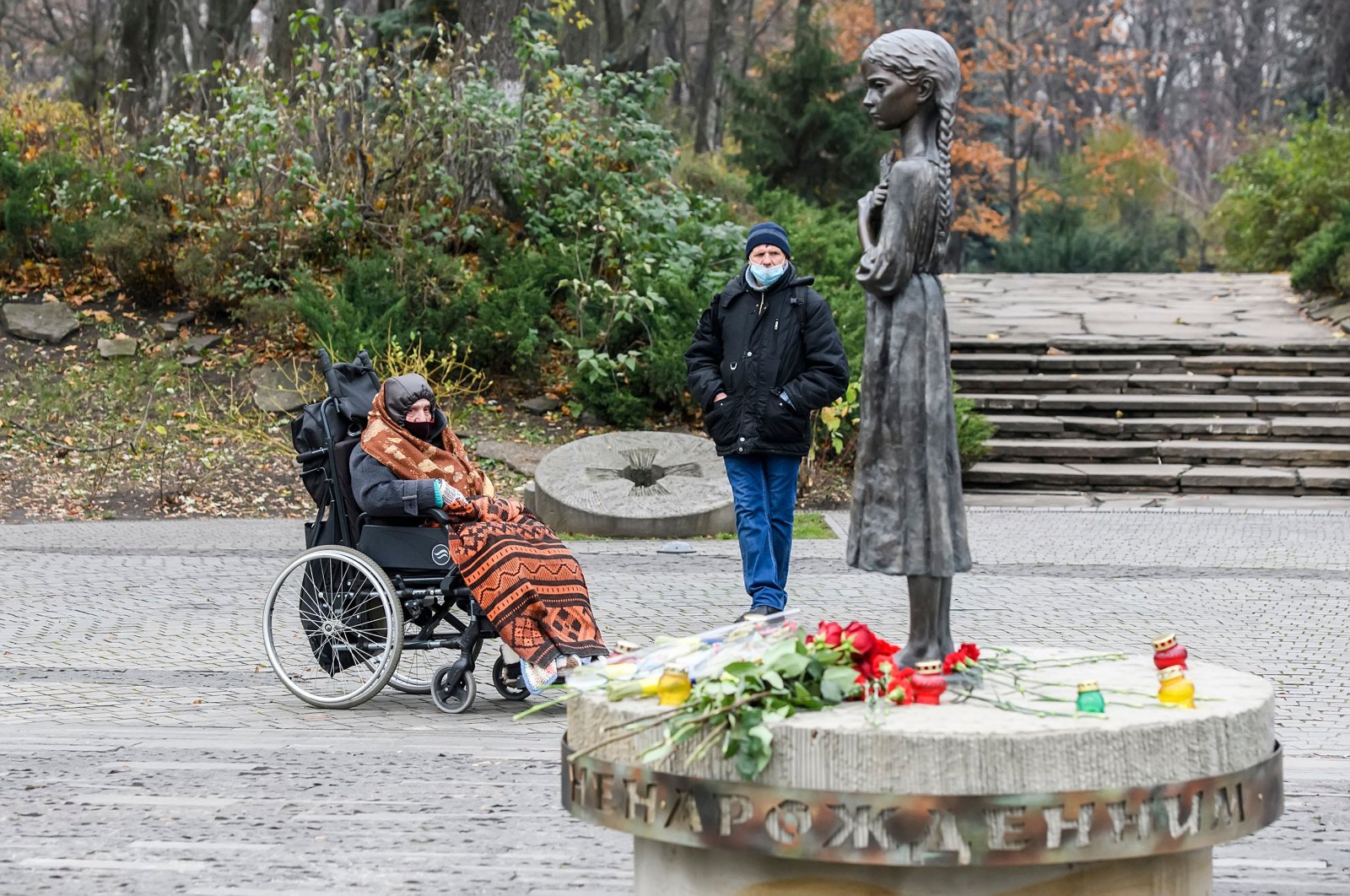 Every year on the fourth Saturday of November, Ukraine and Ukrainians around the world commemorate the victims of the Holodomor (Great Famine) of 1932-1933 and mass artificial famines of 1921-1923 and 1946-1947.

The Holodomor, which means death by hunger in Ukrainian, was a genocide against the Ukrainian people in the form of an artificial famine orchestrated by the communist regime in 1932-1933. It is our common duty to honor the victims of the Stalinist regime, millions who were starved to death, and to pass on the memory of this tragedy to future generations.

On Holodomor Remembrance Day, Ukrainians in different parts of the world, including Turkey, light a candle to commemorate the famine as a sign of our grief for the victims and the belief that similar tragedies will not be repeated.

Suppression by famine became an instrument of consolidating power for the Stalinist regime, the liquidation of the Ukrainian peasantry, an attempt to bring Ukrainians to their knees, to take away any hope for the right to create their destiny in their home.

This crime against humanity was carefully masterminded and included systematic mechanisms for its implementation – numerous taxes and fees, unrealistic grain procurement plans and raids on the Ukrainian peasants, which deprived them of any food, and a ban on leaving the villages and areas affected by hunger.

Thanks to faith and love for Ukraine and the inherent will for freedom, we survived. We have our own independent state now. But it cost the Ukrainian people untold losses. Our great-grandparents paid the greatest price for their desire to be free and independent – their lives.

The statistics of the Holodomor make the heart bleed. According to various estimates, the number of victims of the Great Famine is between 7 million to 10 million Ukrainians. In June 1933, the month that claimed the most lives, about 34,560 people died of starvation every day, 1,440 people every hour and 24 people every minute. Children suffered most from the Great Famine.

According to research by Ukrainian demographers, more than 1.5 million boys and girls under the age of 10 died at that time. In fact, behind these horrific numbers are the stories and tragedies of real people; parents before dying had to experience even more terrible pain – seeing their own children die.

In those days, the Soviet Union, trying to hide its criminal activities, called the famine a nonexistent phenomenon and on this basis refused to accept the help offered by numerous nongovernmental organizations (NGOs), including foreign Ukrainian communities and the International Red Cross, for the starving people.

As a result, a horrific crime committed in the heart of Europe was kept under wraps for decades and has not received global condemnation. However, even then, there were some publicists who wrote the truth. Reports of ambassadors and diplomats who worked in Ukraine at the time and witnessed what was really happening there have also been preserved.

With the restoration of Ukraine’s independence in 1991, the crime of the Holodomor began to be talked about openly. After all, such crimes should not be forgotten. Instead, these horrible pages of history should be remembered and told to future generations and humanity so that they are not repeated. We have not forgotten... We remember...

Ambassador of Ukraine to the Republic of Turkey
RECOMMENDED