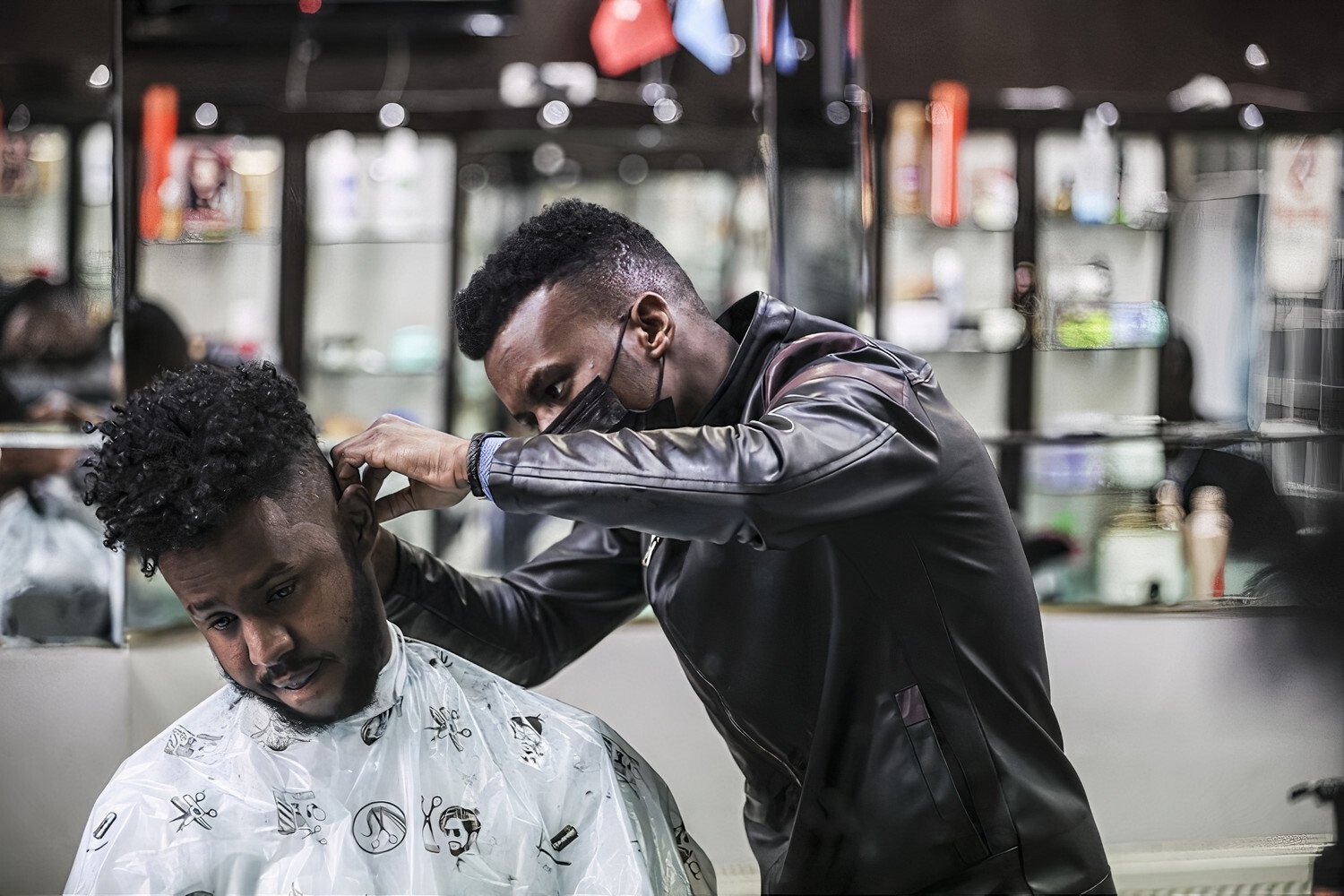 The Somali diaspora prefer to live in Turkey, particularly in Ankara and Istanbul, thanks to the 10 years of cooperation between Somalia and Turkey, a Muslim country that offers high living standards

Since the historical visit of President Recep Tayyip Erdoğan to Somalia on Aug. 19, 2011, when he was the prime minister of Turkey, the diplomatic and societal interactions between the two countries have witnessed remarkable growth. Besides the diplomatic, developmental and trade relations, Somalis from every corner have started to relocate to Turkey. Due to different impulses and objectives, they came from North America, European countries, Gulf states and Somalia; thus, while some came to Turkey to live, others came to do business and some to stay temporarily.

The common denominator between all of them is the admiration and respect they have toward Turkey. Before 2011, let alone the large Somali families that comprise an average of six members, it was unusual to see a Somali tourist in the streets of the beautiful cities of Turkey. But now, it is impossible not to see a Somali pedestrian on the streets of Ankara and Istanbul, a teenager or mother pushing a baby stroller.

What does the diaspora offer the host country?

Before Turkey, Somalis often went to Egypt, Malaysia and Syria. But for the last 10 years, Somalis have started considering Turkey a suitable destination for settlement, health and education purposes. The ascending multidimensional relations between the two countries have significantly contributed to the ever-increasing influx of Somalis to Turkey. Arguably, it is impossible to insulate the issue from the developments that have been achieved in bilateral diplomatic relations, trade and development. The compounded effect of those developments bolsters the positive opinion Somalis maintain of Turkey, which partly accelerates different kinds of movements to and from Turkey.

Diasporic people all over the world contribute to the economy of the host country through production activities that increase employment. They also contribute taxes. Likewise, through the skills and knowledge the diasporic people possess, they can contribute to the scientific development of the host country; in addition to that, they contribute to the enhancement of the livelihoods of the people in their country of origin through remittance. The 2 million Somalis living abroad in places like North America and Europe or those in the Gulf states annually send nearly $1 billion back to Somalia, which is a lifeline for millions in the country.

Turkey also offers opportunities that Somalis are ready to grab in a way that does not contradict the host community's interests. In spite of the relatively small number of families and high rate of back-forth mobility, the expectation that a large Somali community will settle in Turkey is very high.

Dissatisfied with the living conditions in Western countries due to religious and cultural challenges as well as the legal and life obstacles faced in Gulf states, a lot of Somalis are in search of a location that respects their traditions and preferences.

To that end, in the last 10 years, Turkey has become the best choice for some Somalis. Turkey has multiple factors that attract perplexed Somali families. Looking at their motivations for coming to Turkey, the Somali diaspora in the country can be divided into three parts; families who prefer Turkey for living, individuals coming for business opportunities and those coming for short-term reasons, such as health and tourism. When considering the overall reasons Somalis come to Turkey, the factors below can be stated.

Firstly, the historic trip of Erdoğan to Somalia in 2011 and the subsequent bold steps taken by Turkey in support of Somalia unleashed a mixed sense of pride and joy but also resentment toward other external players for their inaction in terms of state-building.

In the first years that followed the trip, highly regarded visits were exchanged by the officials of the two countries. Also, numerous conferences and forums on Somali issues were held in Istanbul, some organized by the Turkish government and others by Somali civil society. It's fair to say this massive level of state and societal interaction paved the way for Somali academics, journalists, businesspeople and politicians to learn about life in Turkey.

Being a Muslim expat in Turkey

Also, one of the heart-touching factors worth mentioning is the call to prayer, or the adhan, from the spires of more than 3,000 mosques in Istanbul. The call dominates any other sound nearby and creates a sense of pride, passion and kind of belonging for a lot of Somalis who come to Turkey for the first time.

The religious feeling is amplified high when Somalis remember the epic support that Ottomans extended to them in their fight against their Christian neighbor (Abyssinia) in the 14th century under the leadership of Ahmad ibn Ibrahim al-Ghazi known, known as Ahmed Gurey in Somali. Understandably, Somalis have respect for Turkey due to this history.

Third, the cost of living in Turkey is relatively affordable for the Somalis from Western countries and generally for those of the middle-class who mainly come from Somalia. For example, the rent of the houses in Turkey is low compared to Nairobi, Cairo, Kuala Lumpur or even cheaper than rentals in some parts of Mogadishu. For the middle-class Somali families, it's convenient to settle in Istanbul or Ankara and enjoy decent living standards for more or less the same cost as in Somalia.

Fourth, for the last two decades, Turkey realized tremendous economic successes and became an industry powerhouse. With the resurrection of relations between the two countries, Somali traders embarked to Turkey to import Turkish products.

The flow of Somali merchants has created opportunities for hundreds of Somalis in Istanbul. There are more than a hundred small trading offices that were opened by Somalis. These offices play a pivotal role in strengthening the trade relations between Turkey and the Somalis all over the world as they send the Turkish goods not only to Somalia but to North America, Europe and Africa.

The restaurants and beauty salons scattered around Ankara and Istanbul are significant indicators of the growing Somali population in Turkey. Within the last two years, dozens of restaurants and coffee shops were opened and offer famous Somali dishes and tea.

Besides a small number of other nationalities, Somalis living in Turkey gather in these places to socialize and exchange ideas. Arguably, the Somali trade offices, coffee shops and restaurants brought color to the Turkish markets and contribute to the economy of the country through taxes but also serve as an indispensable bridge for Turkey's endeavor to integrate with the East Africa market.

Despite the challenges of language and residence permissions that Somalis are facing in Turkey, the mounting multi-faceted relations between the two countries with the prospects they bear keep the diaspora determined to reap the fruits and take advantage of the enticing opportunities that unfold. It's the responsibility of the two governments to cooperate in the facilitation of the work and residence requirements for the Somali community, as without them, the intended integration of the two countries cannot be successful.