Will China succeed where US has failed in Afghanistan? 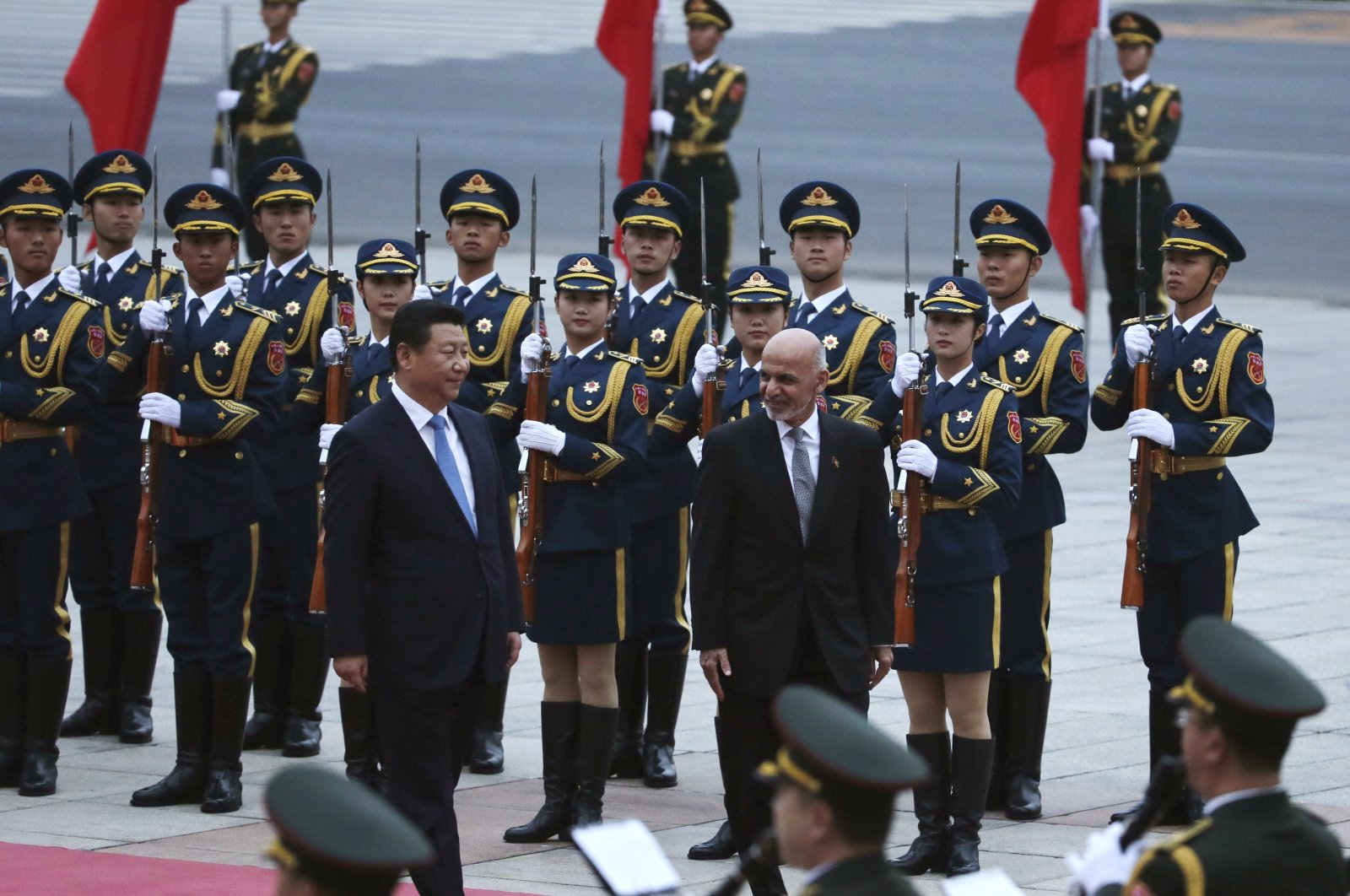 With the withdrawal of US forces, China is putting its plans regarding Afghanistan into action. Although the extent to which China's agenda can be realized is still unclear, it is certain that it has already taken great strides

Long before the departure of U.S. forces from Afghanistan after nearly two decades, China, which has quietly been watching the Afghanistan situation for years with an eye on establishing a strategic foothold in the country, held informal talks with Afghan politicians and opposition elements.

Indeed, the U.S. and the NATO withdrawal has left the door open for China to make a bid to become the newest player in the “Great Game,” or Le grand jeu. This brings to mind the time when the British and Russian empires were locked in a political and diplomatic confrontation aimed at gaining power and influence over Afghanistan and the neighboring territories of Central and South Asia. Imperial Britain feared that Russia would invade India and add it to the vast empire it was building.

Fast forward to present times, the December 1979 Soviet invasion of Afghanistan and the October 2001 U.S. invasion both ended as a setback for both the powers.

The U.S. arrived to destroy the al-Qaida terrorist group and the Taliban in Afghanistan, and ensure that events such as the Sept. 11 attacks on the World Trade Center in New York would never reoccur.

But now, even the U.S. has accepted the futility of continuing to maintain troops in Afghanistan, having paid a heavy price in terms of spending trillions of dollars and, more importantly, the large numbers of American soldiers who lost their lives in the conflict.

But U.S. strategic experts fear a return to Taliban rule in Afghanistan, following the pattern of the post-Soviet withdrawal, could result in al-Qaida’s comeback with devastating consequences for the civilian population, particularly women.

For China, Afghanistan is an important step in its ambitious Belt and Road Initiative (BRI), which aims to strengthen its foothold in neighboring Central Asia and extend its reach to Europe by rail, road and sea.

With the departure of the U.S. and other Western troops, Afghan politicians have also, meanwhile, opened up to Chinese overtures. They held talks with Chinese officials on Afghanistan as an important component of the $60 billion China Pakistan Economic Corridor (CPEC), a project under BRI, with its emphasis on building up a massive infrastructure network comprising highways, railways and energy pipelines connecting Pakistan and China.

China’s past efforts at getting the Afghan government on board had been unsuccessful because of the influence wielded by the U.S. on successive Afghan governments, which have been hesitant to join China’s BRI extension plans.

Indeed, Afghan President Ashraf Ghani, who in deference to American sensitivities was reluctant in the past to discuss the project with the Chinese, is now expected to hold talks with Beijing following U.S. withdrawal.

Ghani is badly in need of an alternative source of finance, weapons and even troops to counter any unexpected turnaround by the Taliban, whose commitment to peace and Afghanistan’s development has a hollow ring for many, including strategists who are quick to point out that the Taliban has already used force to bring a large part of the country under its control.

Taliban’s return to Afghanistan could also herald the return of the deadly al-Qaida group, a nightmarish situation not only for the U.S. and the West but much of the world, including China.

U.S. observers of China in Afghanistan recall that the Chinese had held talks with Afghan then Foreign Minister Salahuddin Rabbani some five years ago about possibly extending the CPEC into Afghanistan under the BRI network.

The minister had reportedly shown interest but changed his mind when an Indian ambassador approached the U.S. ambassador in Kabul to pressure Rabbani to abandon the proposed partnership with China.

India has made huge investments in development projects in Afghanistan, including a hydroelectric and irrigation dam project in Chishti Sharif District in Herat, eulogized as the Afghan-India Friendship Dam.

China wants to lure landlocked Afghanistan with investments promising to develop and reconstruct the country. Afghanistan’s strategic location, in turn, would also help China extend its reach across the world, with Afghanistan serving as a trade hub with links to the Middle East, Central Asia and Europe.

Although China, through its foreign ministry spokesperson Zhao Lijian, recently acknowledged that it was engaged in talks with several parties, including Afghanistan, on CPEC’s extension, filling in the vacuum left behind by the U.S. and the West will not be an easy task for China, as one U.S. analyst said privately.

China would now have to pick up from where it had left off five years ago. The country, which has also held informal talks with the Taliban, has been highlighting its efforts to help development in Afghanistan through projects such as the construction of the Taskorgan airport in the Pamirs Plateau in northwest Xinjiang bordering Afghanistan. China is also developing Gwadar port in Pakistan. Both the projects are being conducted under the CPEC alliance.

Though the U.S. departure may appear to have removed a major obstacle from China’s way to establishing a strong position in Afghanistan, China will not find it easy to deal with the Taliban, whose past record has included brutality toward civilians and aversion to foreign elements in the country.

China will probably use its so-called “iron brother” Pakistan, which has huge external debts, to rein in the Taliban. However, many experts doubt if it still has its former level of influence over the group.

Getting the Taliban to sign a peace agreement could be a good start for China, but how can it be sure that a Taliban in control will be true to its word? How can China ensure that the Taliban will not one day oust the Chinese from Afghanistan?

Afghanistan, one of the world’s few countries that were not colonized by any foreign power, has fiercely resisted foreign invaders, as both the Soviet Union and the United States have learned the hard way. It remains to be seen if China, using trade and economic incentives, will succeed where others have failed. In any case, to use the American metaphor, it’s not going to be a cakewalk.