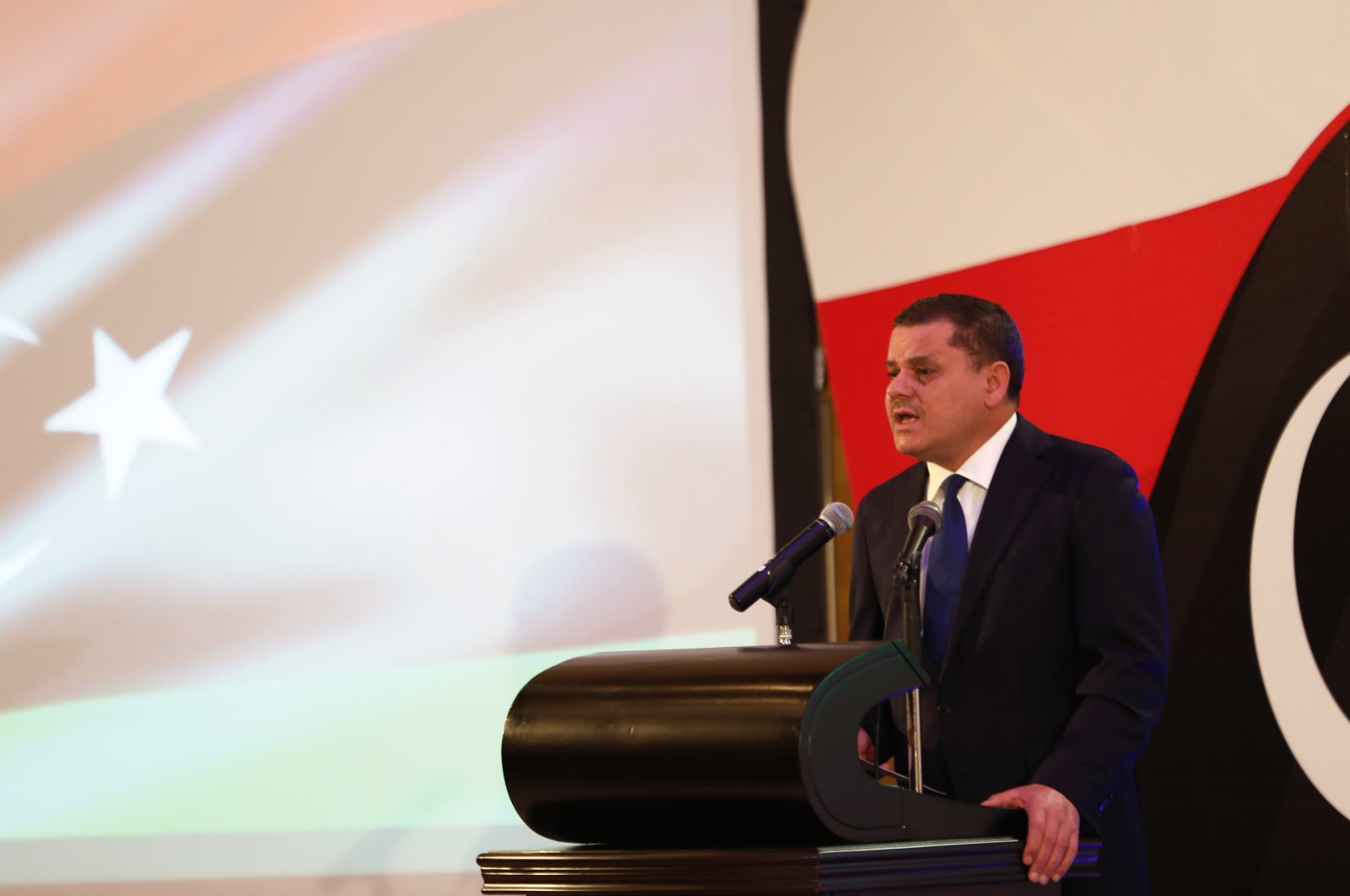 At least three participants were bribed to vote for the recently elected interim prime minister, Abdul Hamid Dbeibah at United Nations-led Libya peace talks, experts from the world body found in a report for the Security Council seen by Agence France-Presse (AFP) Sunday.

Dbeibah was selected earlier this month during Libyan Political Dialogue Forum (LPDF) talks launched in Tunisia in November, the U.N.’s latest bid to salvage the country from a decade of conflict and fragmentation.

In a report set to be presented to the Security Council in March, U.N. experts found that during the Tunisia talks, two participants "offered bribes of between $150,000 to $200,000 to at least three LPDF participants if they committed to vote for Dbeibah as PM."

Dbaibah on Monday rejected the claims as “fake news.” The media office of the Government of National Unity (GNU) was quoted by Libya Al Ahrar TV as saying that the fake news attempted to hinder the formation of the GNU and block its chances of receiving the House of Representatives' confidence.

“Getting the first phase of the roadmap done has become very close as the House of Representatives prepares to grant the GNU confidence. Political and institutional divisions are about to end and so are the poor services and terrible economic conditions in the country,” the media office said.

The U.N. report, which is yet to be made public, was prepared by U.N. experts tasked with examining breaches of an international arms embargo to the North African nation.

In a passage of their report seen by AFP, the experts reported that one delegate "erupted in anger in lobby of the Four Seasons hotel in Tunis on hearing that some participants may have received up to ... $500,000 for their Dbeibah votes, whereas he had only received $200,000."

One participant in the talks, who asked to remain anonymous, confirmed to AFP that he had witnessed the scene, voicing anger at "unacceptable corruption at a time when Libya is going through a major crisis".

The Tunisia talks aimed at creating a transitional administration to lead the country towards elections set for December.

In February, the 75 participants hand-picked by the U.N. to represent a wide spectrum of Libyan constituencies themselves selected an interim administration led by Dbeibah and a three-member presidential council.

Dbeibah must now win a vote of confidence in his government from the Libyan parliament by March 19.

Dbeibah said Thursday he had submitted a "vision" for a cabinet line-up but that the names of proposed ministers would be disclosed in parliament during the confidence vote.

The latest claims came after several Libyan organizations in November demanded an investigation into allegations of corruption over the selection of future officials.

The U.N.'s interim Libya envoy at the time, Stephanie Williams told delegates and journalists that she had launched an investigation into allegations of bribery.

In a letter seen by AFP dated Feb. 20, LPDF participants Sayida Kamel Yaacoubi and Azza Mahmoud Assid called on Williams' permanent successor Jan Kubis to make public the expert report, saying the allegations were an affront to their "dignity, honour and transparency".

On the other side, the GNU’s media office also welcomed the approval of the 5+5 Joint Military Commission securing a House of Representatives’ session in the coastal Sirte province.

After the committee on Saturday had initially stated that it does not have the military force needed to secure a planned parliamentary session in Sirte to vote on a new cabinet lineup, it on Sunday said that the committee is ready.

On Friday, Aquila Saleh, speaker of the Tobruk-based parliament, called on the assembly to convene in Sirte on March 8 to vote on a new unity government.

Gen. Ahmad Abu Shahma, the head of the government's military committee and member of the 5+5 Joint Military Commission, told Anadolu Agency (AA) that the committee agreed to withdraw foreign forces from Sirte during the time the deputies will be there.

The deadline for the departure of foreign mercenaries from Libya under an October cease-fire passed as of January however, mercenaries remain in Libya as no movement has been announced or observed on the ground.