Afghan father and son reunite after 10 years in Turkey 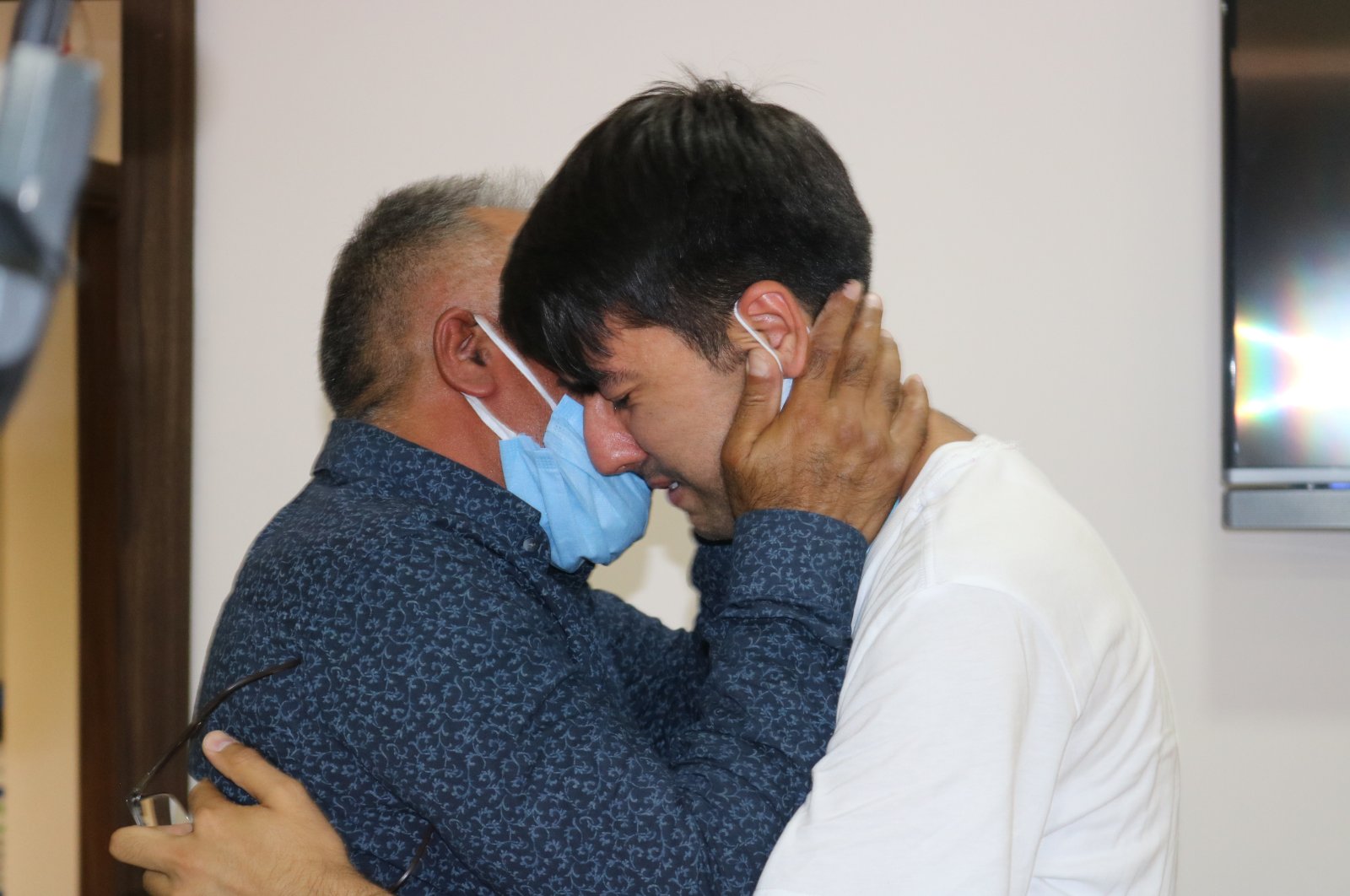 Mustafa M., an Afghan national living in Sweden, experienced the joy of meeting his father in Turkey, after losing touch with him while fleeing the civil war in Afghanistan a decade ago.

Mustafa, 20, who lost three of his uncles to the attacks in Afghanistan's Logar province, left the country with his mother and four siblings when he was still in primary school, led by his father, who wished a safe life for his family.

After staying in Pakistan for nearly a year, they lost their father Abbas and one of his brothers Javad, when they tried to cross into Iran illegally one night.

Mustafa reached Greece via Turkey and then Sweden with his three siblings and mother, who stayed in Iran for a while.

After completing his education in Sweden, where they settled after the United Nations High Commissioner for Refugees (UNHCR) accepted their asylum requests, Mustafa started working as an educator's assistant in the city of Karlskrona.

He continued to track his father and older brother, whom he had not heard from for years.

When he met another Afghan who took refuge in Sweden, Mustafa realized that this person had a photo with his father. Hearing that the photo was taken in Istanbul three years ago, he hit the road hoping to find him.

Mustafa applied to the General Directorate of Migration Management in Ankara, where he arrived by plane after learning through the government's database that his father was currently residing in the central Anatolian city of Nevşehir.

Confirming his location by contacting Nevşehir Directorate of Migration Management, Mustafa came to the city to reunite with his father.

Mustafa and his father Abbas finally met 10 years later in the waiting room of the migrations management's office. They were unable to hold back tears and hugged each other for a long time.

While preparing to meet with his father, who was contacted by the personnel of the migration office, Mustafa told Anadolu Agency (AA) that he had lost sleep due to the excitement of seeing his father.

"We didn't know whether my father was dead or not. We knew that he was alive when we saw the photo. It was a very different feeling. We have no information about my missing brother," he said.

Mustafa added that he was very sorry to hear about the recent developments in Afghanistan.

Abbas, on the other hand, stated that despite searching for years, he was unable to find his family and suffered a lot.

Expressing that their family experience is a human tragedy, Abbas said: "I was always praying to Allah, thank God my prayers were accepted and I was able to reconnect with my children. Three of my brothers died in Afghanistan, and I went to Pakistan because of the danger to my life. From there I went to Iran. I lost my family while crossing to Iran. I fell and broke my foot while I was crossing to Iran. I searched for my family with a broken foot, but I couldn't find them. I thought that maybe my elder child had found the rest of the family but I just learned that they were unable to find him."

Abbas M. applied to the UNHCR and requested to be reunited with his family, whom he had lost contact with years ago.

Turkey and Iran are the countries most affected by the migration problem caused by increasing tensions resulting from the advance of the Taliban in Afghanistan, Turkey's Parliament Speaker Mustafa Şentop stated Thursday.

Video footage has shown large groups of migrants on the border area with Iran, although the Turkish government says there has been no surge in numbers yet.

Turkey, which hosts around 4 million refugees, is currently building new security measures on its eastern border. Afghans are believed to be the second-largest refugee community in the country after Syrians.

The Taliban have pressed a sweeping offensive across Afghanistan in recent months, capitalizing on the last stages of the U.S. troop withdrawal due to be completed by the end of August, and raising fears of a potential humanitarian crisis.

The United Nations recently estimated that half of Afghanistan's 39 million people are in need of aid, and called on the international community to maintain financial support for the country.