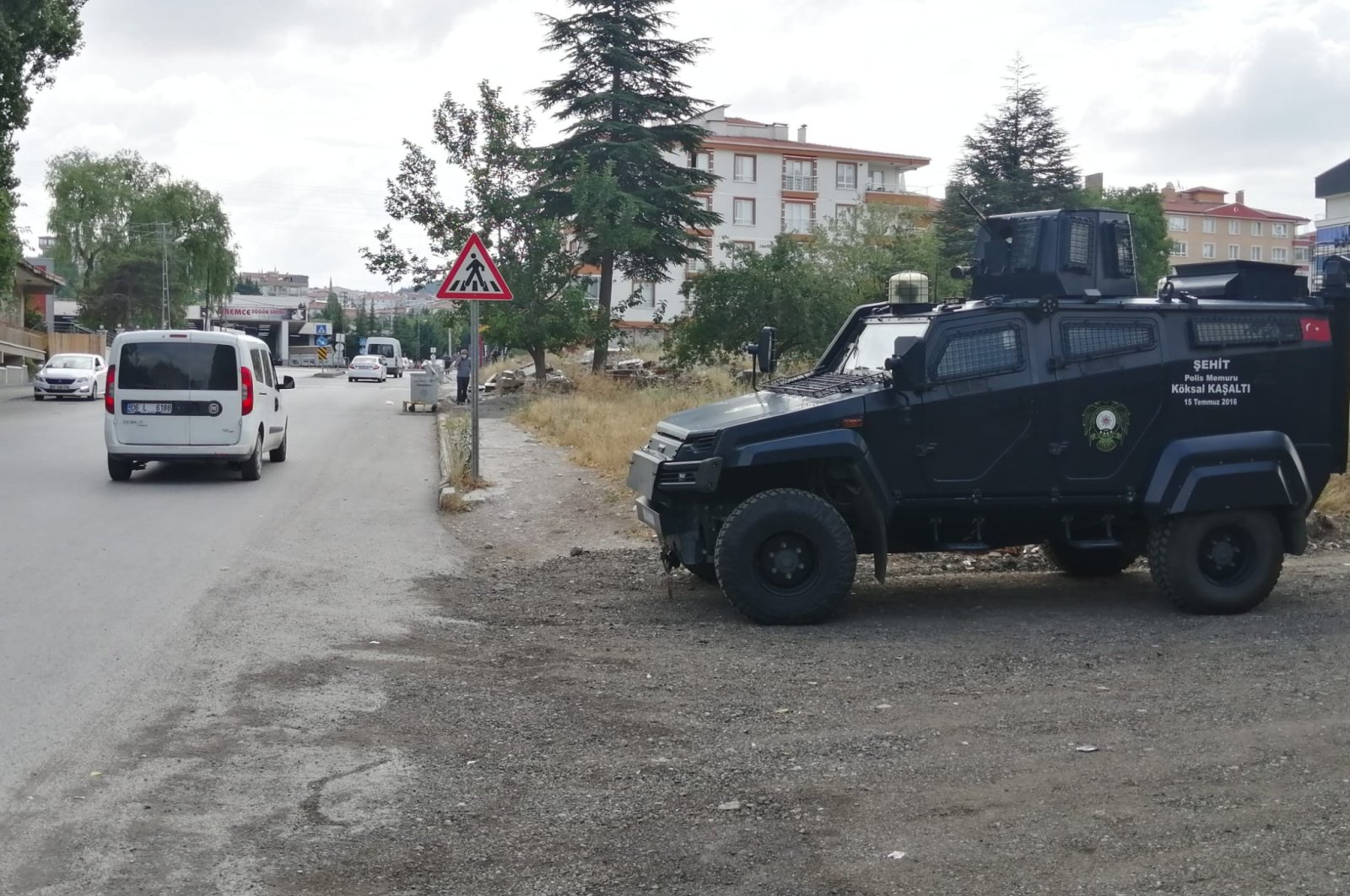 The recent tensions between locals and Syrian migrants in the capital Ankara's Altındağ district was a planned incident for provocation, said Cavit Etleç, who has made a name for himself after helping hundreds of Syrian refugees.

Most recently, a crowd of locals attacked shops and homes belonging to Syrians in the Turkish capital Ankara’s Altındağ district overnight in the wake of a street fight that led to a young Turkish national being fatally stabbed.

The trouble occurred after a fight between Turkish and Syrian youths on Tuesday. It was reported that one Turkish youth had died and one was wounded. Two foreigners have been charged and remanded in custody over the death.

Etleç, 69, has been helping families in need in his district for the last 10 years and received the "Goodness Award" in 2017 from the state-run religious authority, the Presidency of Religious Affairs (Diyanet), for his charity work with his wife.

Their house was looted in the incidents, during which one person was killed after a knife attack and another injured.

Etleç, who returned home in the evening the events took place, received the news that Emirhan Yalçın had been killed and that the attackers had been arrested.

In a statement to an Anadolu Agency (AA) correspondent, Etleç said he had noticed an increase in the number of police teams and that he went to his son's house thinking that "an incident might happen" and took his diabetic wife with him.

Etleç stated a person living on the street called him at 2 a.m and informed him that his house had been looted. He said that he found his house with its doors open, all his belongings spread out, and that "a very small amount of savings" was taken along with some belongings.

Stating that he knew both sides in the stabbing incident, Etleç drew attention to the fact that there is no hostility toward refugees in Turkey and that the vast majority of refugees have established close relationships with Turks.

"This incident is a definite and definitively designed, scripted, provocative incident," he said.

The support provided by Etleç, who works in the furniture decoration business, to victims and families in need regardless of their nationality started after his wife met a Syrian child 10 years ago who said he was hungry. In time, they started to serve as a bridge between philanthropists and those in need.

Noting that the incidents will not stop him from helping others, Etleç emphasized that he will continue to help some 300 families in need.

"The demonstrations and events that took place in our Altındağ district this evening have come to an end as a result of the composure of our citizens and the hard work of our security forces," the Ankara governor's office said on Wednesday night.

"Our people are kindly requested not to give credence to provocative news and posts," it said in reference to the fight that provoked the unrest.

Commenting on the incident, ruling Justice and Development Party (AK Party) spokesperson Ömer Çelik said on Twitter: “Some organized provocations led to this very sad event. The aim of these provocations is to harm our country and our people.”

“Crime is individual. Criminals will be held accountable before justice and receive the punishment they deserve,” he added.

Some circles in Turkey have been fueling anti-refugee sentiment recently as news of a new Afghan migrant wave has increased, making the issue of migration once again fair game for political discussions.

Turkey hosts nearly 4 million refugees – more than any other country in the world. After the Syrian civil war broke out in 2011, Turkey adopted an "open-door policy" for people fleeing the conflict, granting them "temporary protection" status.

Ankara so far has spent around $40 billion (TL 274 billion) on Syrians in Turkey, while the support from the European Union to Turkey for refugees has been only around 3 billion euros ($3.34 billion) from a promised 6 billion euros – a gap Turkey has long demanded be rectified.