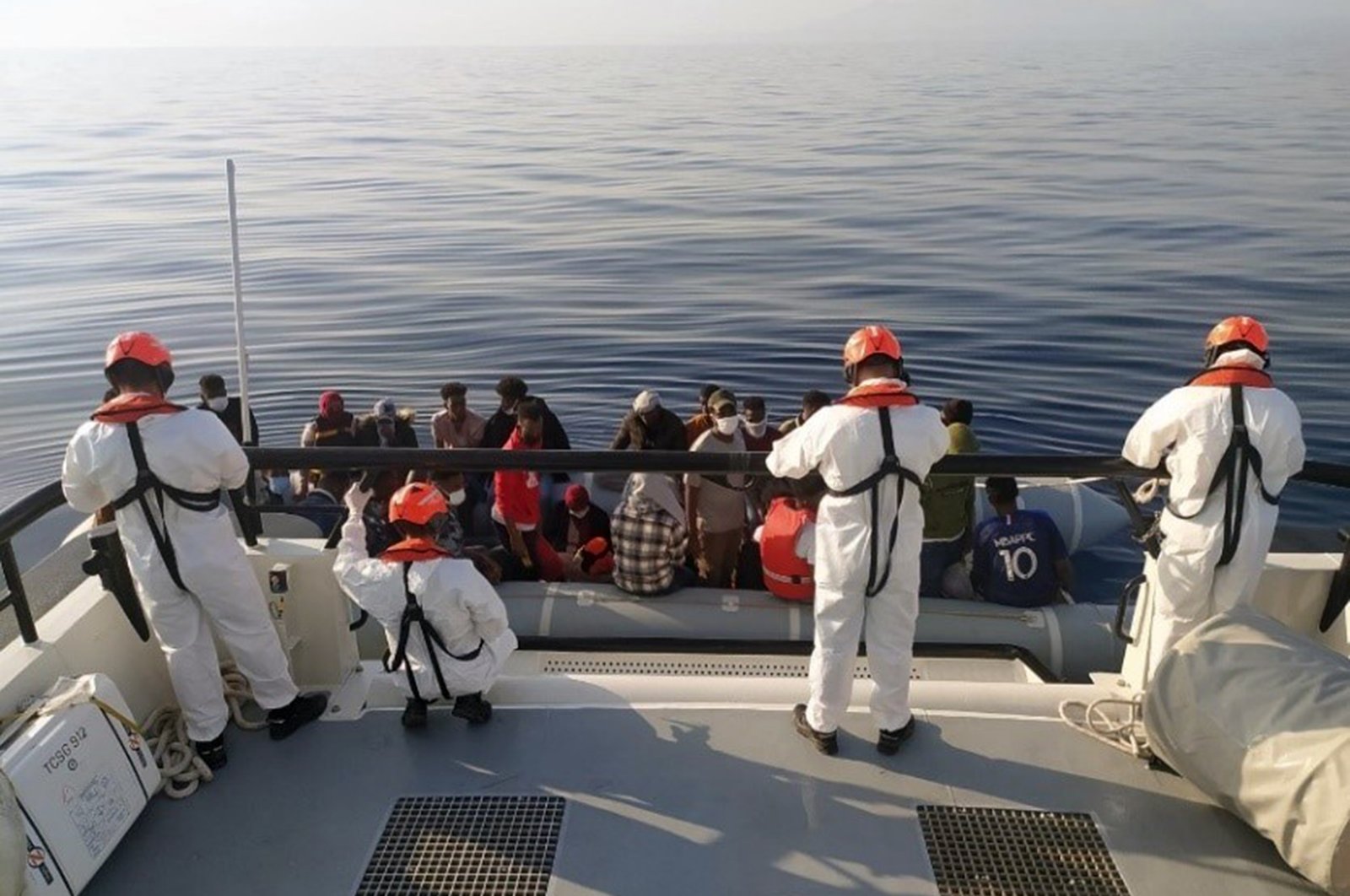 At least 38,250 irregular migrants held in the metropolis Istanbul so far this year have been handed to the local migration office, authorities said Tuesday.

The Istanbul Governor's Office said in a statement that 453 irregular migrants, including 159 Afghans, were held in Istanbul on Monday.

Irregular migrants were handed to the local migration office for deportation procedures, it added.

Separately, a total of 55 irregular migrants were held in the Menteşe district of Muğla province.

Security forces nabbed the irregular migrants, including Iraqi and Syrian nationals, who were preparing to go abroad illegally.

Also, seven irregular migrants were caught in Kocaeli province in the country's northwest, the local police department said in a statement.

Turkey's Coast Guard Command detected the presence of a group of irregular migrants on a rubber boat off the coast of Çanakkale’s Ayvacık district.

The irregular migrants, who had been pushed back to Turkish territorial waters by Greek elements, were rescued and taken ashore.

After routine procedures, the migrants were transferred to the local immigration office.

In recent years, hundreds of thousands have made short but perilous journeys across the Aegean Sea in a bid to reach northern and western Europe in search of a better life.

Between January 2020 and March 2021, the United Nations High Commissioner for Refugees (UNHCR) documented around 300 reported incidents of illegal expulsions around the Aegean islands and Greece's northeastern land border with Turkey. In May, several migrant support groups, including the Greek Helsinki Monitor, filed a complaint with the European Court of Justice against Frontex, the EU's border monitoring agency.