Afghan talks in Istanbul to be postponed: Turkish Foreign Ministry 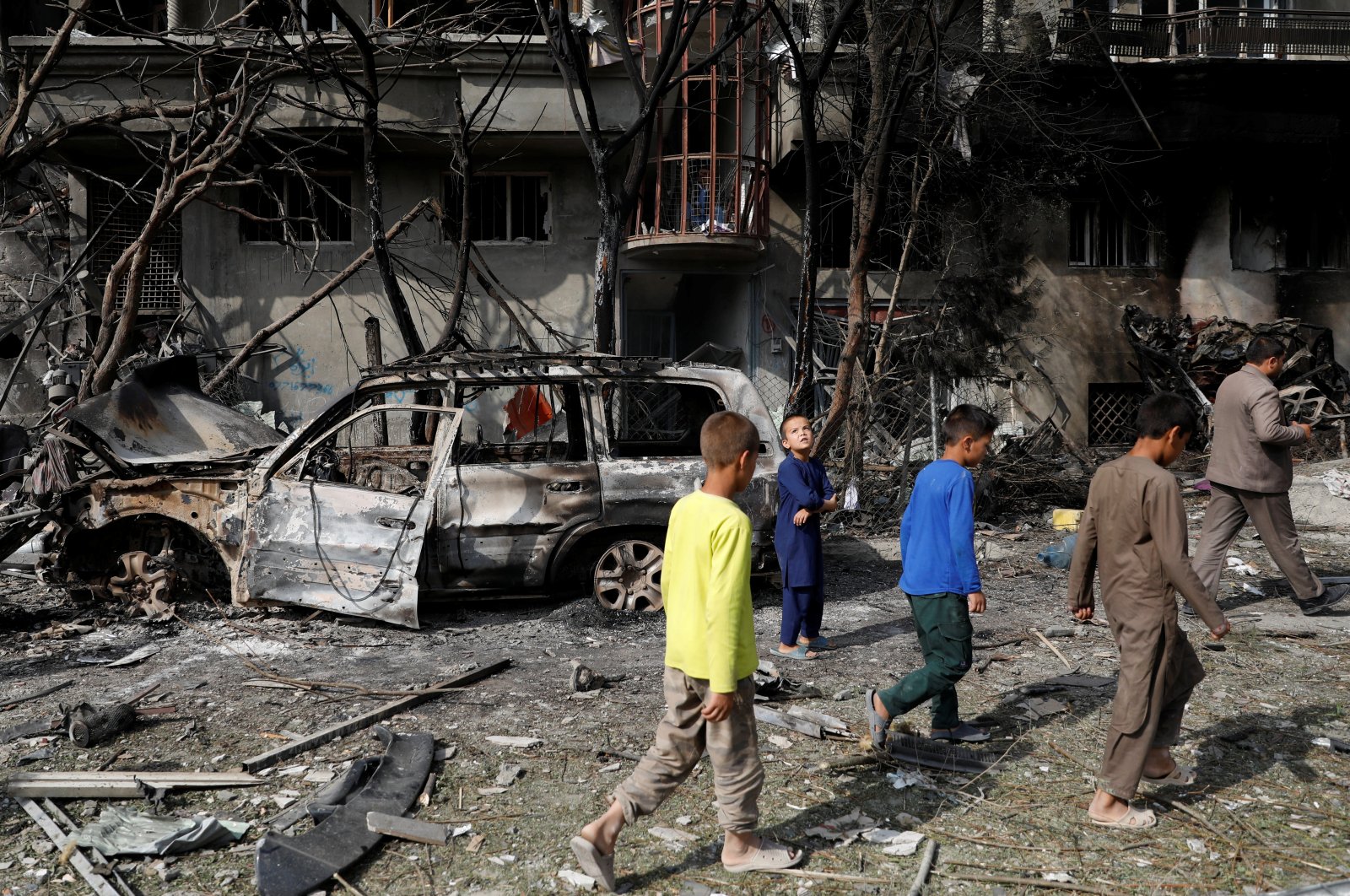 The Afghan peace conference that was scheduled to take place in Istanbul on April 16 is now expected to be postponed to April 24, Turkish Foreign Ministry sources said on Tuesday.

In response to a question posed by Daily Sabah regarding the Taliban's latest announcement that it would not participate in the talks, the Foreign Ministry stated that they expect that the talks will be delayed and will likely be held on April 26.

A Taliban spokesperson said Monday that the religious militia would not attend a peace conference tentatively planned for later this week in Turkey, putting U.S. efforts to set in place a peace plan anytime soon in jeopardy.

U.S. Secretary of State Antony Blinken previously said he wanted to see a peace agreement between Afghanistan’s warring sides finalized at a conference hosted by Turkey and attended by top officials from both the Taliban and the Afghan government.

The Afghan government, U.S. and Turkish officials had said that they intended to begin the conference Friday. It was to last 10 days.

No new date for the Turkey conference was officially set but time is running out on a May 1 deadline for the withdrawal of U.S. and NATO troops from Afghanistan in keeping with a deal the Trump administration made with the Taliban more than a year ago.

The two ministers discussed bilateral issues, the Afghanistan peace process and the planned meeting in Istanbul, as well as developments in Syria and the Middle East, sources said, calling it a “constructive and fruitful meeting.”

Meanwhile, NATO foreign and defense ministers are also expected to hold a video meeting on Wednesday on Ukraine and Afghanistan, chaired by NATO Secretary-General Jens Stoltenberg and with U.S. defence and foreign ministers present at the military alliance's headquarters, two diplomats said.

Previously, President Joe Biden has said he is committed to ending America's longest war but the U.S. is reportedly looking for a three- to six-month extension.

Until now the Taliban have refused, warning of “consequences” if Washington reneges on the deal and the withdrawal timeline.

Last month, Blinken gave both the Taliban and the Afghan government an eight-page proposed peace plan, which they were to discuss, revise and review and come to Turkey ready to cobble together an agreement.

In an audio message to The Associated Press (AP), Taliban spokesperson Mohammad Naeem said the Islamic Emirate – the name the Taliban gave their government – was not ready to attend this week’s planned meeting in Turkey. He said the insurgent group was still discussing the U.S.-proffered peace agreement. He later shared his audio recording on a WhatsApp group.

Naeem said attendance at the conference and the Blinken peace proposal were being discussed “and whenever the discussion is completed we will share our final decision.”

Blinken's peace plan called for protection of the rights of women and minorities and allowed for constitutional reform. It also called for the establishment of an interim administration, to be known as a "Peace Government." There would also be an Islamic Advisory Council which would advise on all laws to ensure they are kept within Islamic tenets, an apparent concession to the Taliban.

Afghan President Ashraf Ghani, who has grown increasingly isolated in Kabul as his political opponents accuse him of clinging to power, offered an alternative to Blinken's proposal. Ghani supported an interim government that he would head until elections could be held within months.

The Taliban have made it clear they would not accept a government headed by Ghani, but they have yet to offer an alternative to Binken's proposal.

Blinken announced the Turkey meeting in a sharply worded letter to Ghani and other Afghan leaders. In that letter, Blinken warned that a U.S. withdrawal without a political settlement would leave Ghani's government vulnerable to Taliban gains.

“I am concerned that the security situation will worsen and the Taliban will make rapid territorial gains,” Blinken said in the letter.

Washington's peace envoy, Zalmay Khalilzad, the man who negotiated the U.S. troop withdrawal under President Trump, has been shuttling between Doha, where the Taliban maintain a political office, and Kabul.

The U.S. Embassy in Kabul on Monday said Khalilzad had spent four days in the Afghan capital meeting with government officials and civil society leaders, underscoring “why it is important that both sides accelerate the peace process.”

“In all his meetings Ambassador Khalilzad was encouraged by the shared vision for an Istanbul conference that advances prospects for a just and durable peace to in Afghanistan,” said the statement, even as the Taliban made it clear they were not ready to attend.

As the process to reach peace gets stretched, international NGOs also express concern on the developments, while urging for immediate peace.

The International Union for Muslim Scholars (IUMS) urged the warring parties in Afghanistan on Monday to stop fighting as the Muslim holy month of Ramadan is approaching.

In a statement, IUMS Secretary-General Ali al-Qaradaghi called on the Afghan government and the Taliban movement to let the Afghan people perform their rituals and prayers during Ramadan without fighting and violence.

"IUMS urges [the warring parties] to achieve a comprehensive and fair reconciliation based on the teachings of the Quran, prophetic principles and references of the Muslim scholars," al-Qaradaghi said.

He added that IUMS holds the Afghan government and Taliban responsible for maintaining security in Afghanistan as "they are responsible in front of Almighty Allah, so they have to seek the good for the Muslim [Afghan] people."