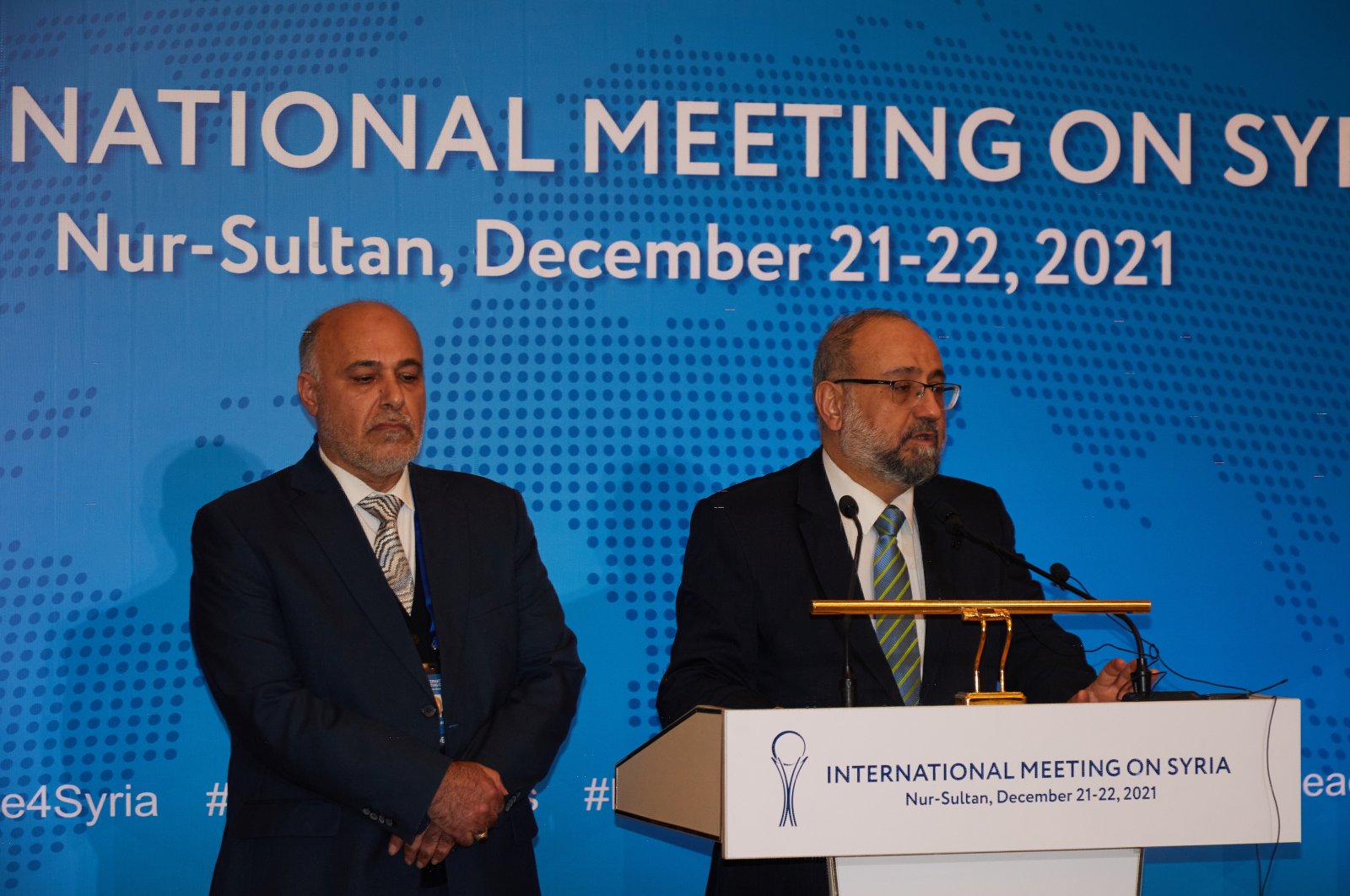 Turkey, Russia and Iran on Wednesday reiterated their strong commitment to Syria's political unity and territorial integrity as they emphasized the importance of maintaining calm in the Idlib de-escalation area and agreed to make further efforts to improve the humanitarian situation on the ground.

The 17th round of the international meeting on Syria in Astana format was held on Dec. 21-22 in Kazakhstan's capital Nur-Sultan. At the meeting, the latest developments in the political process, the situation in northwestern Syria's Idlib, humanitarian aid and counterterrorism were discussed, according to the Foreign Ministry.

The parties underlined that illegitimate self-rule initiatives under the pretext of fighting terrorism are unacceptable in the statement, which added: "They expressed their grave concern about the increasing attacks and oppression against civilians by separatist structures in the east of the Euphrates, and in this context, our determination in the fight against the PKK/YPG terrorist organization was emphasized."

The parties also reiterated their commitment to advancing the political process in accordance with United Nations Security Council Resolution 2254. In this context, they called to hold the seventh round meetings of the Syrian Constitutional Committee as soon as possible with a constructive approach.

The return of Syrian refugees was also discussed at the meeting, Ankara said, adding: "The parties underlined the importance and priority of facilitating the return of internally displaced persons and refugees to their original places of residence in a dignified, safe and voluntary manner."

A working group for the release of detainees and abductees, handover bodies and the identification of missing persons also convened on the sidelines of the gathering. The mutual release of some detainees on Dec. 16 as part of the sixth project of the working group was welcomed. It was also agreed that such activities and cooperation would be continued.

Iran also unveiled plans on Wednesday to host the next round of Astana meetings on the Syrian crisis.

In a statement, the Iranian Foreign Ministry said the meeting will take place early next year in the capital Tehran. The exact date of the meeting was not stated.

According to the ministry, the foreign ministers of Turkey, Russia and Iran – the guarantor countries – will attend the meeting to discuss ways of solving the Syrian crisis.

The Astana peace process to end the conflict was launched in Kazakhstan in January 2017 at the initiative of Turkey, Russia and Iran.

Meetings of Astana guarantors have also contributed to the advancement of the U.N.-led diplomatic process in Geneva.