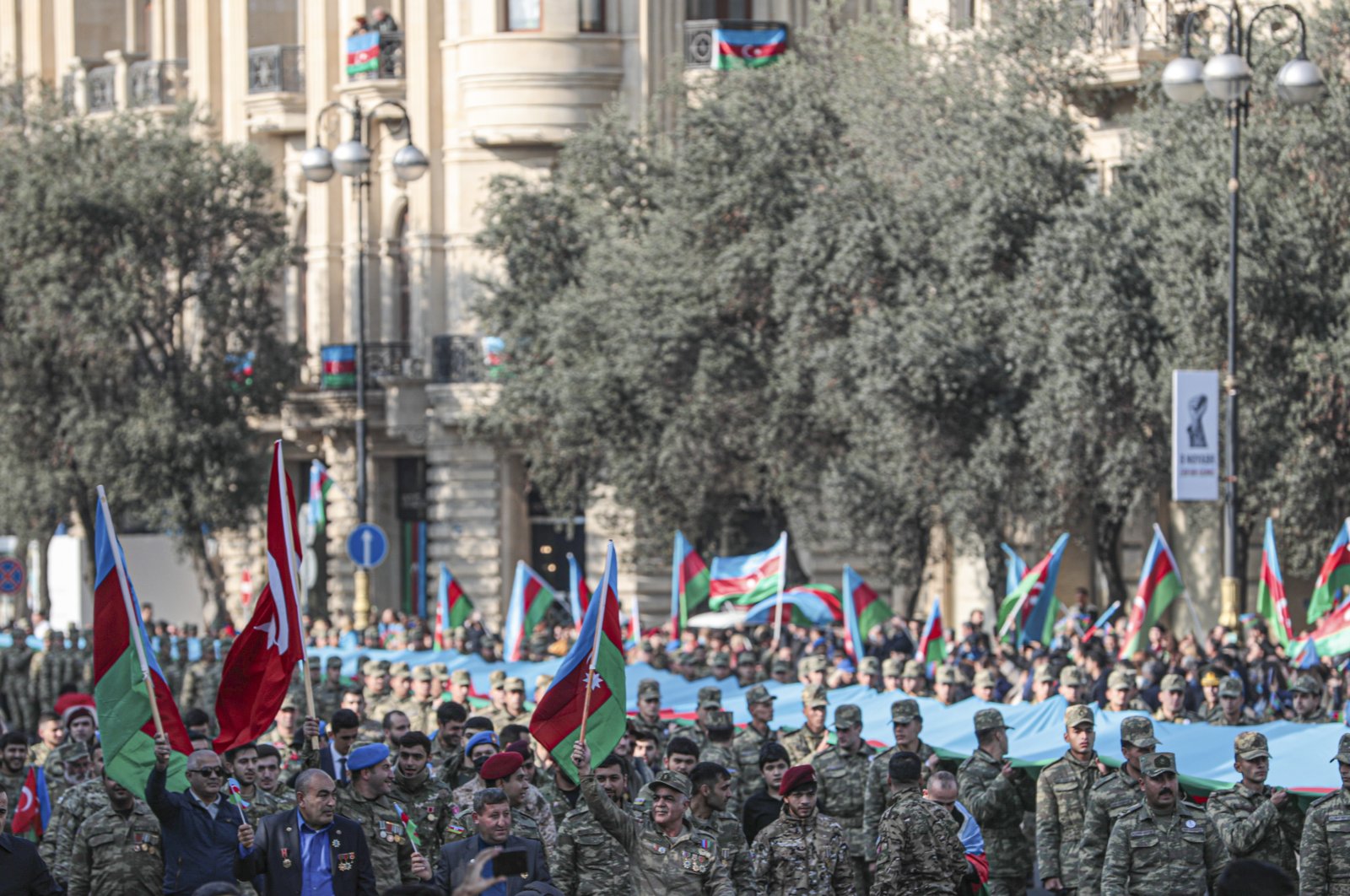 Azerbaijani soldiers carry a large-scale national flag on the anniversary of the end of the 2020 war over the Nagorno-Karabakh region between Azerbaijan and Armenia, in downtown Baku, Azerbaijan, 08 November 2021. (EPA Photo)
by DAILY SABAH Nov 26, 2021 12:17 pm
RECOMMENDED

Ahead of the tripartite meeting with Armenia and Russia, Azerbaijan on Friday announced that two detainees of Armenian origin were extradited to their country.

In the statement made by Baku, it was stated that one of the extradited persons was one of the soldiers detained during the clashes on the border as a result of the provocations of Armenia on Nov. 16.

It was stated that the soldier was wounded and treated during this time.

The other person is a civilian who lost his way in the direction of Aghdam province and was caught while entering a region where Azerbaijani soldiers were located.

The move came just before Russian President Vladimir Putin is set to host the leaders of Armenia and Azerbaijan at the Russian Black Sea resort of Sochi, days after some of the worst fighting between the Caucasus foes since last year's war over Nagorno-Karabakh.

The Kremlin said the talks are "timed to coincide" with the anniversary of a Russian-mediated cease-fire, signed in November last year, that ended six weeks of fighting over the long-disputed Nagorno-Karabakh region.

The deal saw Armenia cede swathes of territory it had occupied for decades.

The Kremlin said the leaders will discuss "outlining further steps to strengthen stability and establish peace in the region."

Earlier this month, clashes broke out on the shared border between Armenia and Azerbaijan, with both sides reporting casualties and blaming each other for the fighting.

It was also announced this week that a hotline between the defense chiefs of Armenia and Azerbaijan will be launched after the two countries reached an agreement following deadly clashes.