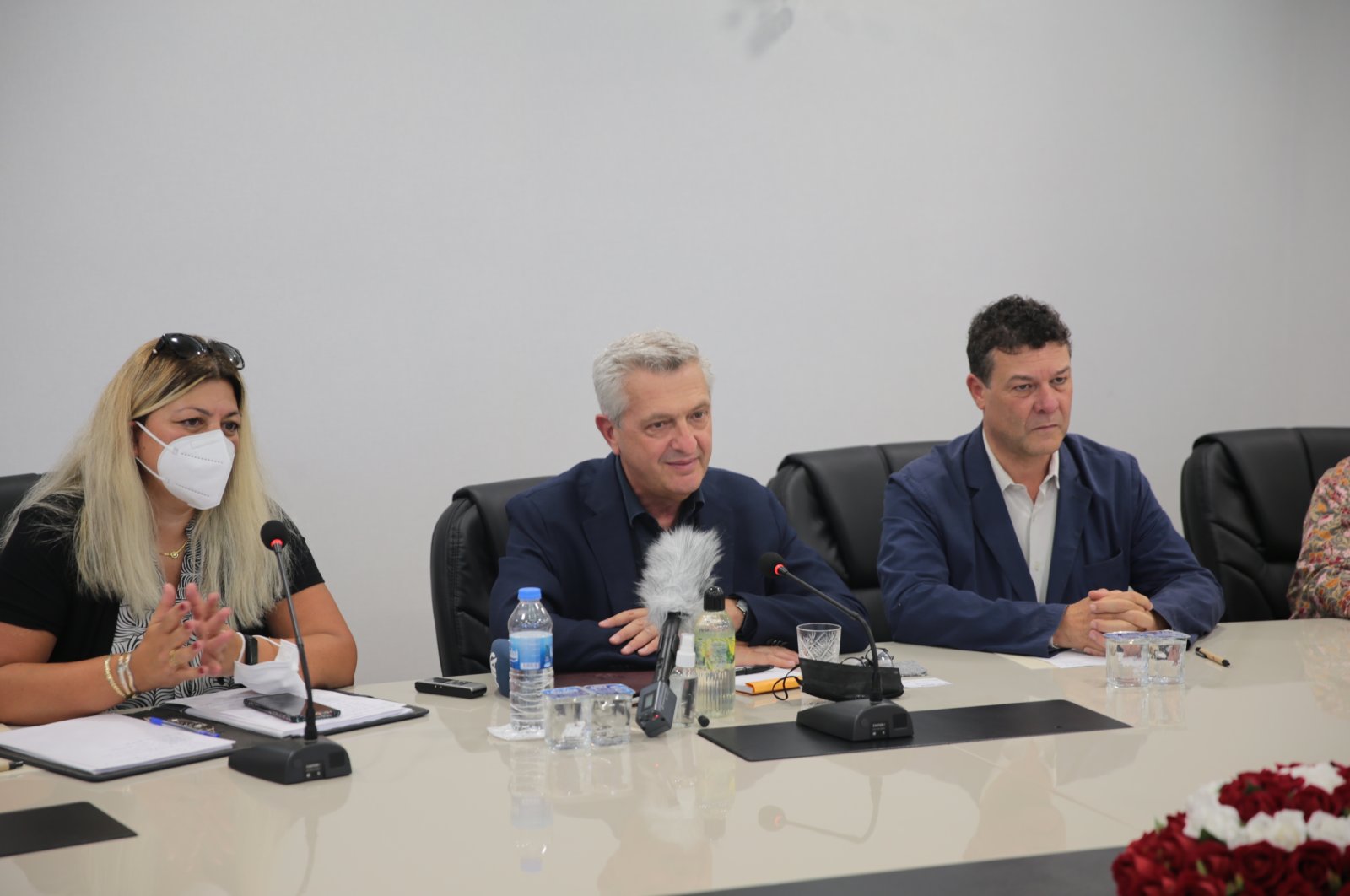 Countries accommodating fewer refugees and still complaining about it should learn from Turkey, the United Nations High Commissioner for Refugees (UNHCR) said Thursday.

Filippo Grandi on Thursday visited Şanlıurfa, a southeastern Turkish province bordering Syria that is hosting a large number of Syrian refugees. He is in Turkey to discuss migration and refugee-related subjects with Turkish authorities.

In a meeting with Governor Abdullah Erin, Grandi praised the southeastern province for hosting a large number of refugees, as compared to many other countries.

He said that countries accommodating fewer refugees and still complaining about it should learn from Turkey.

Pointing to the difficulties of hosting such a large population, the U.N. official said they "cannot thank you (Turkey) enough."

Grandi said his visit aims to understand what more they can do to support Turkey, which is hosting the refugees for the past 10 years.

Erin said the number of Syrians living in the province is almost one-quarter of its population. It is a pleasure to host "our Syrian brothers," he said.

"We have taken serious steps toward normalization of life so that they can stand on their own feet," he said, adding that Turkey has provided Syrians social, economic, health, education and training opportunities.

According to him, many nongovernmental organizations (NGOs) are also working in the region, but international support would be beneficial.

Turkey hosts more refugees than any country in the world. After the Syrian civil war broke out in 2011, it granted temporary protection status to those fleeing the conflict.

Turkey, which already hosts 4 million refugees – more than any country in the world – is taking new security measures within the country and on its borders.

UNHCR, "is grateful for its strong partnership" with Turkey, the official said Wednesday.

Grandi arrived in Turkey for a working visit on Sept. 7 and was received by Erdoğan on Wednesday.

Grandi said on Twitter that he held discussions with Erdoğan on solutions "for Syrian refugees in Turkey and in the region, and on the need to provide urgent humanitarian assistance to Afghanistan."

"The UNHCR is grateful for its strong partnership with Turkey in both endeavors," he added.

Separately, Grandi also met with Çavuşoğlu in the capital Ankara.

Thanking the minister "for a good discussion on issues of forced displacement in Turkey and the region," Grandi said on social media that "with Syria's refugee crisis in its 11th year and Afghanistan's humanitarian situation deteriorating, we must strengthen responses and accelerate the search for solutions."

For his part, Çavuşoğlu after the meeting on Twitter said: "Migration is a common issue in all countries. Fair burden and responsibility sharing is a must."

Describing the meeting as a good one, Grandi said on Twitter that he and Soylu had "discussed how to address Turkey's growing migratory challenges as it continues to host a large population of Syrian, Afghan and other refugees."