Cyprus talks did not bear results for 53 years: FM Çavuşoğlu 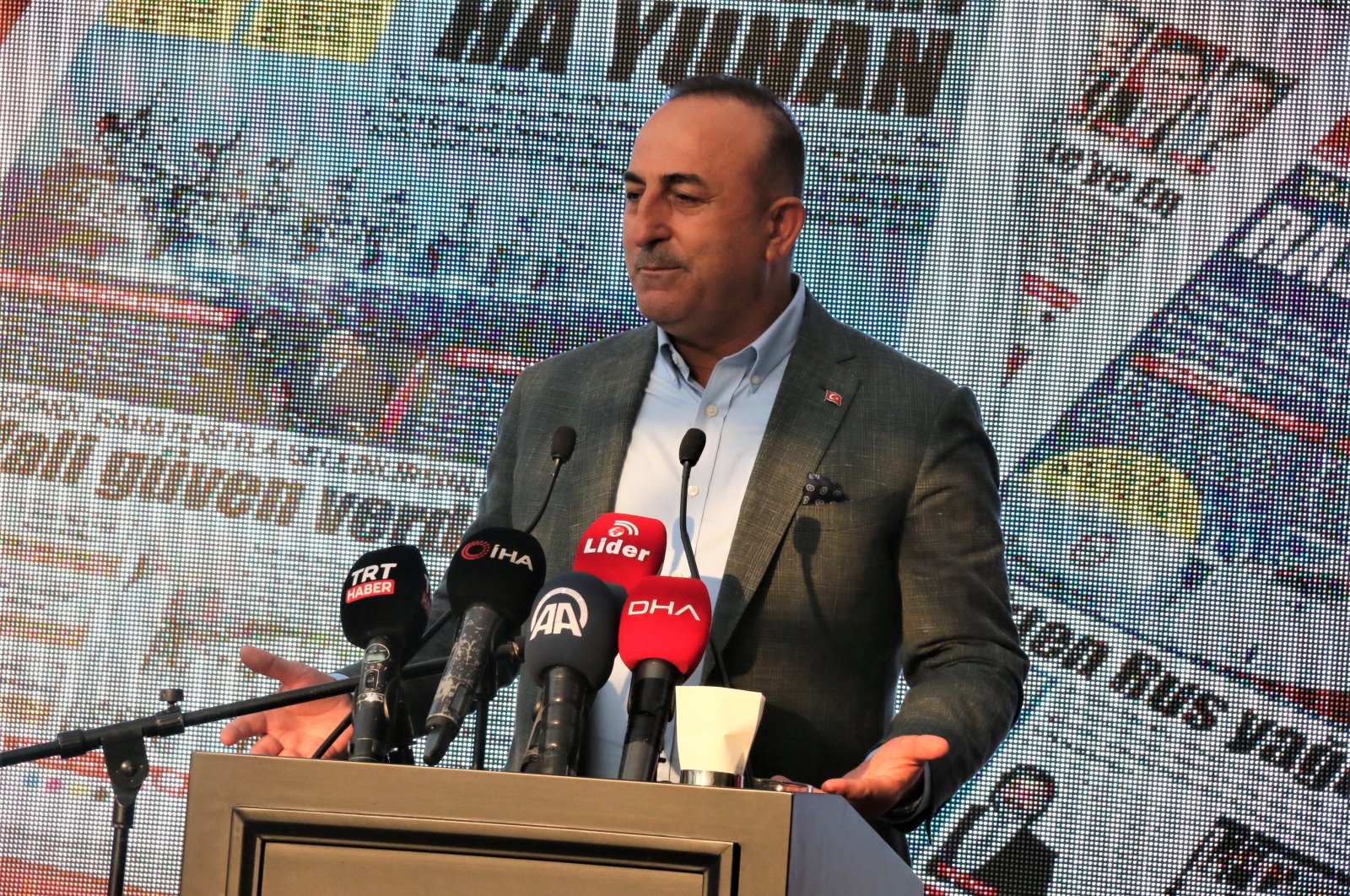 Negotiations to find a solution to the divided island of Cyprus have not borne any results for 53 years, Turkish Foreign Minister Mevlüt Çavuşoğlu stated on Thursday.

When Turkish Cypriots supported a plan for the island drafted in 2004 by then U.N. Secretary-General Kofi Annan but Greek Cypriots rejected it, the EU failed to keep its promises to Turkish Cyprus but rewarded the Greek Cypriots with membership in the bloc, said Turkey’s top diplomat.

This erased the EU's credibility on the issue, Çavuşoğlu told reporters in the city of Antalya on Turkey's Mediterranean coast.

Çavuşoğlu underlined the special bonds between the two countries. "We, as both the motherland and guarantor country (for Cyprus), fulfill our responsibilities without hesitation to protect the TRNC's rights to hydrocarbon reserves and the Eastern Mediterranean," he said.

Negotiations over the Cyprus issue have lasted for 53 years without any result, he said, accusing the Greek Cypriots of derailing the talks each time.

In 1974, a Greek Cypriot coup aimed at Greece's annexation led to Turkey's military intervention as a guarantor power to protect Turkish Cypriots from persecution and violence. The TRNC was founded in 1983.

The Greek Cypriot administration entered the EU in 2004, the same year that Greek Cypriots thwarted the U.N.'s Annan Plan to end the decadeslong dispute.