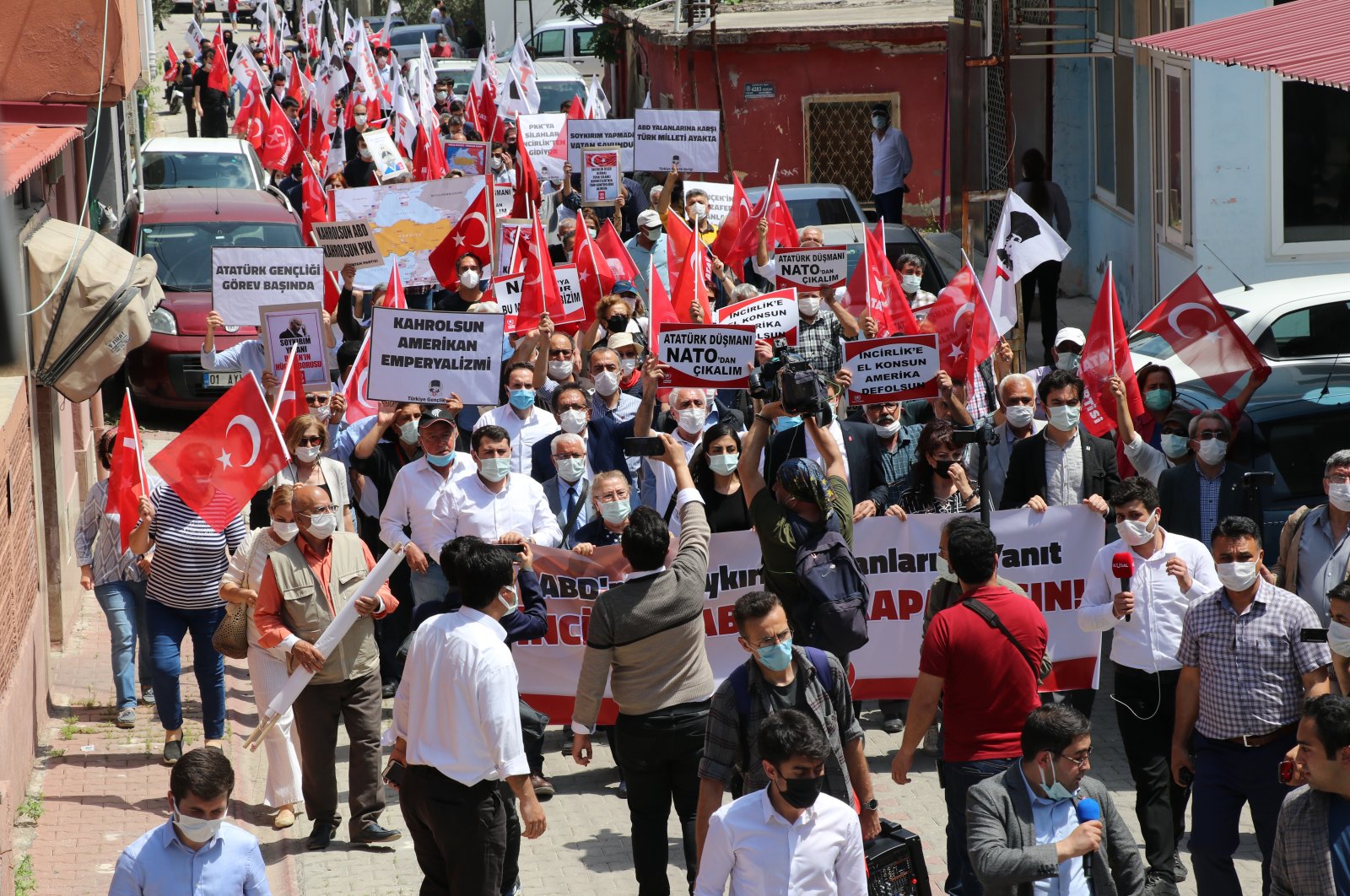 "I guess. He's trying to use such a phenomenon as a tool to come back to one part of the world. And I strongly believe that these two reasons are totally the wrong start for him and for U.S. foreign policy," Fuat Oktay told TRT World.

Biden's remarks that called the events of 1915 "genocide" on April 24 broke with a long-held tradition by American presidents of refraining from using the term.

Turkey swiftly rejected the term as null and void, and Oktay told TRT that Biden's comments have to be based on the facts of history and evidence.

President Recep Tayyip Erdoğan called Biden's remarks "unfounded, unjust and contrary to the facts about the painful events that took place more than a century ago."

On why the international community has been ignoring Turkey's insistence to set up an international commission to examine the archives, Oktay said that even a primary school student will understand Ankara's proposition of a committee being formed by historians, not by politicians.

In another statement on the issue, the senior presidential aide said in an article published on Saturday that Washington's ties with Turkey could suffer after Biden's recent letter on the events of 1915 that was "disputed, sensitive and historically and legally unfounded."

"Turkey's relations with the U.S. have suffered a blow, but the U.S. needs to understand that in a changing world, regional stability cannot be achieved without Turkish cooperation," said Gülnur Aybet, a professor at the Turkish National Defence University, in an article she penned for the U.K.-based Royal United Services Institute for Defence and Security.

Noting that the current issues between Turkey and the U.S. were different from the bilateral tensions that occasionally emerged since the 1960s, Aybet said that amid the shifting global power balances, Turkey stood as a power capable of altering realities in the field within its region.

She said Turkey's recent success in Libya, Syria, Iraq and Karabakh, a region in Azerbaijan, must be interpreted within the larger framework of global changes.

The U.S., which expects its allies to remain as they were in a changing world, is disturbed by the situation, she argued, underlining that Turkey's emergence with strong diplomacy in the field and at the negotiating table is a significant development in terms of regional stability.

Aybet went on to say that Turkey is the only country that can cooperate with Russia while also restricting its sphere of influence.

She underlined that tensions with the U.S. on Ankara's acquisition of Russian-made S-400 missile defense systems were Washington's reaction to Moscow's increasing global influence, rather than a technical problem that threatens security, as Washington claims.

Turkey's Presidency of Defense Industries (SSB) has made multiple calls to allay the U.S.' worries on technical issues, she said, adding that for Washington, the problem was a global political-strategical issue rather than a military or technical one.

Aybet further stated that Turkey's relations with Russia were compartmentalized and that the two countries could successfully cooperate "based on realpolitik," despite occasional disagreements.

Turkey's acquisition of the Russian S-400 missile defense systems in 2017 led to the then-Trump administration's decision to expel Ankara from the F-35 joint strike fighter program over concerns that the advanced Russian anti-air system could be used to comprise the jets and are incompatible with NATO systems.

Turkey, however, has denied that the S-400 poses a threat to F-35 aircraft and has maintained it would not be integrated into NATO networks.

Underscoring that relations between Turkey and the U.S. are at a fragile point, Aybet said that by sheltering the ringleader of the Gülenist Terror Group (FETÖ), the group behind the 2016 defeated coup in Turkey, Washington's behavior had led to a serious problem and mistrust in relations.

She pointed out that one of the latest breaking points had been Biden's recognition of the 1915 events as a so-called Armenian "genocide," breaking with the long-standing precedent of U.S. presidents.

"Turkey does not deny the suffering of Armenians during (World War I). In fact, President Erdoğan sent a message on April 24 to the Armenian Patriarch of Turkey, the reverend Sahak Mashalyan, offering his condolences to the families of Ottoman Armenians who were killed during the tragic events of (World War I)," she wrote.

"The word 'genocide' denotes a very serious accusation and because of the gravity of the term, it must be fully supported in legal and historical fact," Aybet continued.

She went on to say: "This is not the case in terms of the events of 1915. The term 'genocide' was recognized in the legal framework for the first time in 1948. The (United Nations) has not taken up consideration of describing the events of 1915 as 'genocide' because they happened before the term was defined in international law."

In 2014, Erdoğan – Turkey's then-prime minister – expressed his condolences to the descendants of Armenians who lost their lives in the events of 1915.