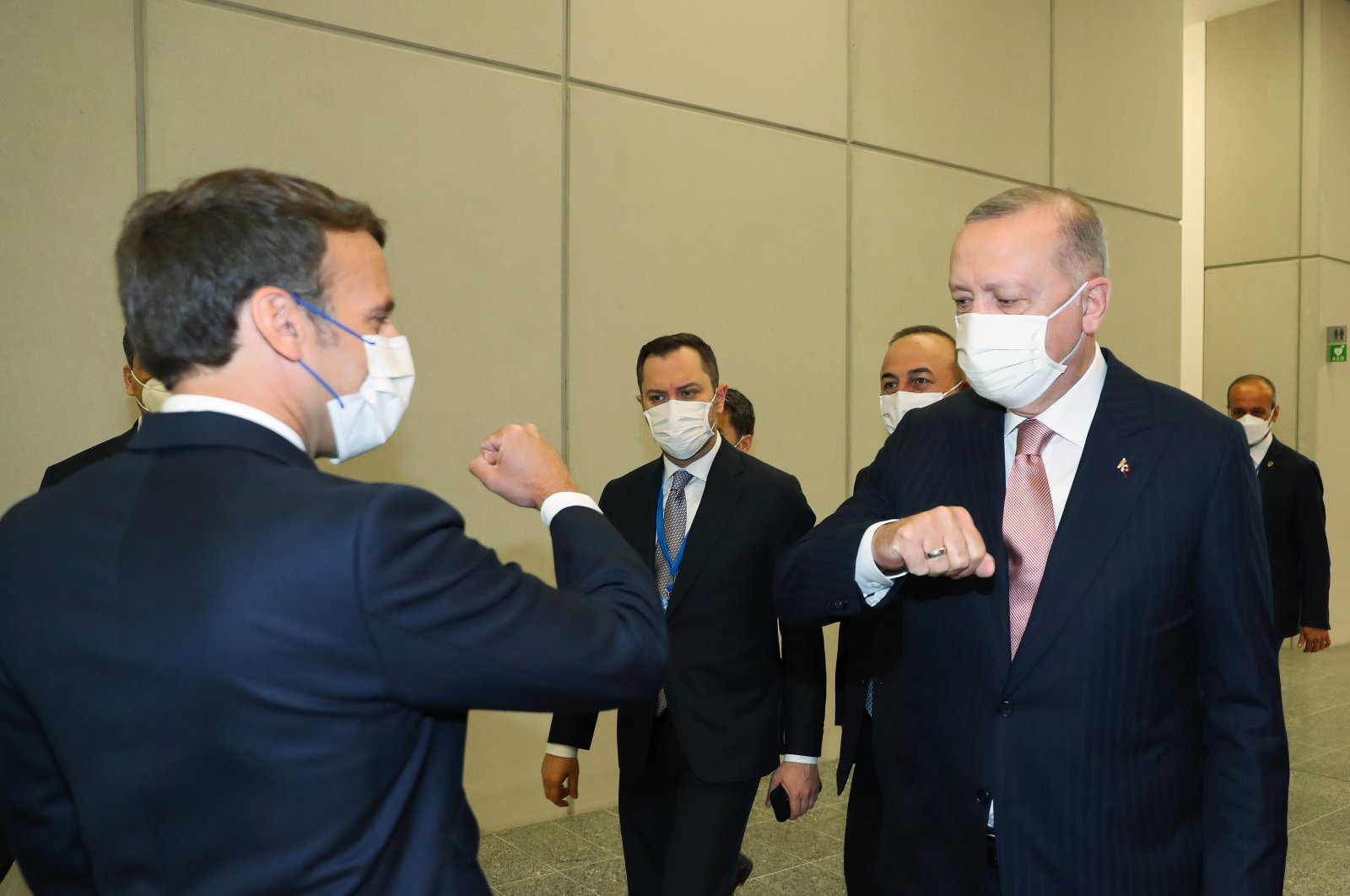 On the sidelines of the NATO summit in Brussels Monday, President Recep Tayyip Erdoğan and his French counterpart Emmanuel Macron clarified several issues and expressed their joint intention to cooperate in Libya and Syria.

Talks with the Turkish president resulted in a clarification being made in regards to Islam and revealed the two nation's shared desire to work together in Libya and Syria, Macron's office said after the 52-minute meeting.

Macron also highlighted that France’s secularism respects all religions, including Islam. The French presidency said a “clarification” was needed in response to Erdoğan’s tough criticism of Macron’s attitude toward Islam and Muslims, as the French government proposed a bill, which was criticized for being anti-Muslim.

Following the meeting, Macron tweeted that he wants to “move forward” with Turkey toward a demanding and respectful relationship.

Macron said he wants all NATO allies to make a clear commitment to the military organization’s values, principles and rules, according to the French presidency.

Erdoğan told reporters Friday that the two countries "will have the opportunity to discuss the positive and negative aspects of Turkish-French relations."

Last week, the French leader said talks between the two countries are vital despite their differences.

Tensions have risen between France and Turkey in recent years and Ankara has repeatedly traded barbs with Paris over its policies on Syria, Libya, the Eastern Mediterranean and other issues. But in February the NATO members said they were working on a road map to normalize relations.

Ankara and Paris previously butted heads after French officials in 2018 met with the leaders of the PKK terrorist group’s Syrian affiliate, the YPG. The two countries were also on opposing sides in Libya, where Ankara backed the United Nations-recognized Government of National Accord (GNA) in Tripoli against a 2019 offensive by putschist Gen. Khalifa Haftar. France was suspected of supporting Haftar but officially insists it is neutral in the conflict. Turkish officials have also decried France’s interference in the Eastern Mediterranean dispute, given it has no territory in the region. The two countries’ dispute escalated further after France sent naval assets into the Eastern Mediterranean to support Greek warships shadowing Turkish ones in disputed waters.

Macron said he planned to meet Erdoğan "just before" the NATO summit, which began in Brussels on Monday.

"We both wanted it. I think it's a good thing. We need to see each other and engage in dialogue," he said.