Macron wants to meet Erdoğan ahead of NATO summit 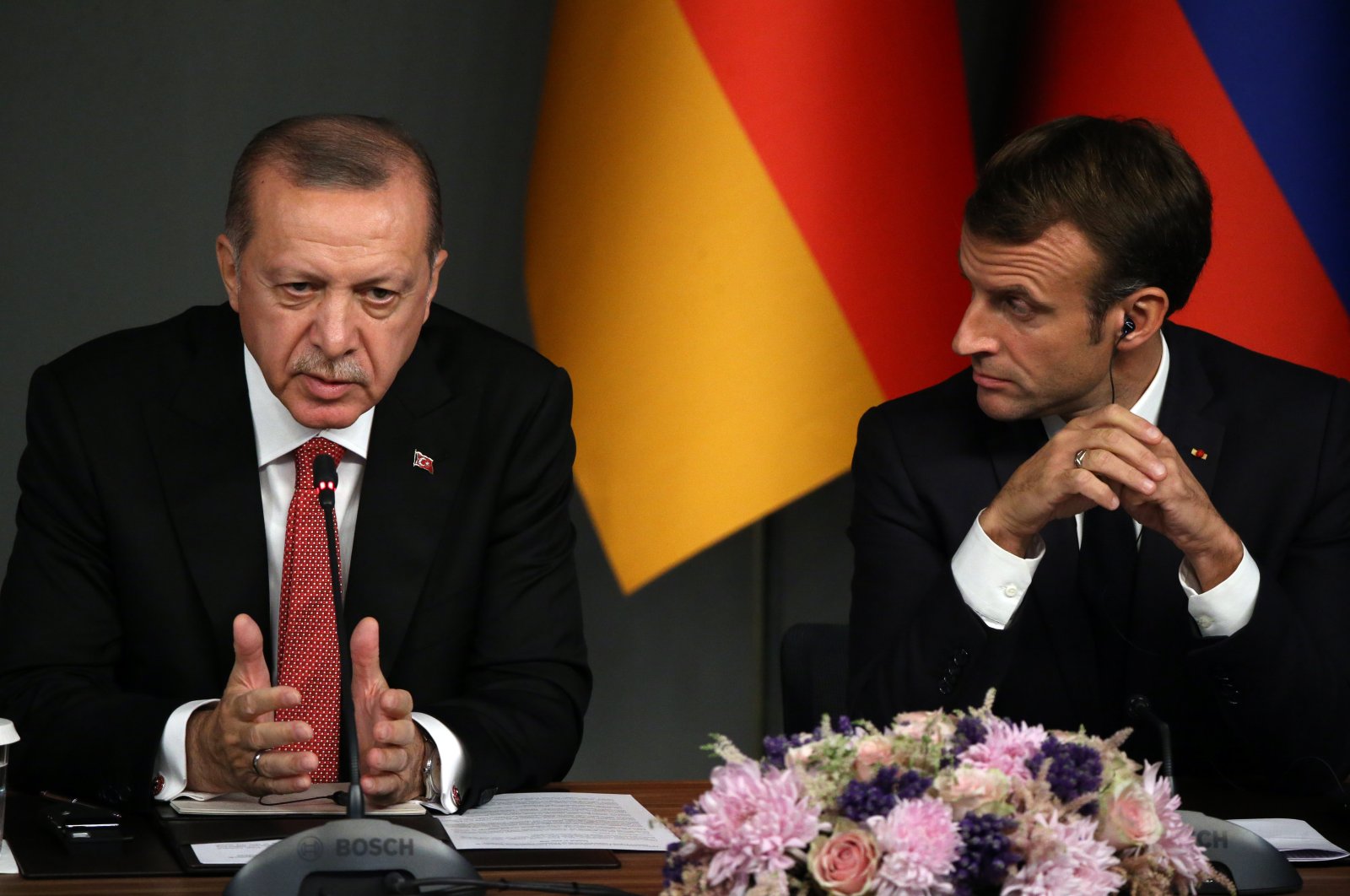 While the French leader said talks between the two countries are vital despite differences, Erdoğan underlined the opportunity to discuss both positive and negative aspects of ties

"We have deep disagreements, and we know it. We have had controversies sometimes, and we accept them. But no matter what the disagreements, we always have to talk," Macron was quoted by the Le Monde newspaper as saying in response to a question during a press conference in Paris held ahead of the G7 summit and NATO ministerial meeting in Brussels.

He also stated that it is now also a matter of talking about "unilateral operations" that run counter to the interests of the common alliance.

Erdoğan also said Friday that he and Macron will have the opportunity to discuss the negative and positive aspects of Turkey-France ties during the upcoming NATO meeting.

The bilateral relations between France and Turkey saw rising tensions in recent years. Ankara has repeatedly traded barbs with Paris over its policies on Syria, Libya, the Eastern Mediterranean and other issues, but the NATO members said in February they were working on a road map to normalize relations.

Ankara and Paris previously traded barbs after French officials in 2018 met with the leaders of the PKK terrorist group’s Syrian affiliate, the YPG. The two countries were also on opposing sides in Libya, where Ankara backed the United Nations-recognized Government of National Accord (GNA) in Tripoli against a 2019 offensive by putschist Gen. Khalifa Haftar. France was suspected of supporting Haftar but officially insists it is neutral in the conflict. Turkish officials have also decried France’s interference in the Eastern Mediterranean dispute, given it has no territory in the region. The two countries’ dispute escalated further after France sent naval assets into the Eastern Mediterranean to support Greek warships shadowing Turkish ones in disputed waters.

Macron said he planned to meet Erdoğan "just before" the NATO summit, which begins in Brussels on Monday.

"We both wanted it. I think it's a good thing. We need to see each other and engage in dialogue," he said.

The two leaders are likely to discuss international situations related to the conflicts in Syria, Libya and Nagorno-Karabakh. Macron said he also wishes to seek clarification from Turkey on contentious issues within NATO, like procuring weapons with no interoperability and unilateral operations contrary to the interests of allies.

Erdoğan and Macron have repeatedly used heavy rhetoric in the past and have publicly attacked each other. Macron has claimed that Turkey will try to meddle in France's 2022 presidential election.

He has suggested further that Ankara's unilateral moves on the international stage and its purchase of air defense missile systems from Russia have contributed to the "brain death" of NATO, where Turkey is a key member.

France's launching of an extensive witch hunt against its Muslim community, following Macron calling Islam a problematic religion that needs to be contained, was also harshly criticized by Ankara.

The Turkish leader last year said Macron needed "mental checks" and expressed hope that France would "get rid of" Macron as soon as possible.

"I also wish to explain the work that France is carrying out to fight precisely against radical Islamism and against separatism but which is in no way an approach of mistrust with regard to the Muslim community," Macron was quoted as saying by Le Monde.

Turkey also accused the French government of tolerating associations affiliated with some terrorist groups that have been operating openly across the country for years and for failing to punish violence against the Turkish community on the grounds of freedom of demonstration and expression.

But there have been tentative signs of an easing of tensions in recent months, with Ankara aiming to strengthen links with Turkey's Western partners and overcoming disagreements.

During the visit, Çavuşoğlu said Turkey and France will continue to enjoy friendly relations despite past tension on some issues.

"Turkey and France are two friendly and allied countries. And they will remain so. We must ensure that no misunderstanding comes to disturb this relationship of friendship to which we are sincerely attached," Çavuşoğlu wrote in an op-ed for the French daily L'Opinion.