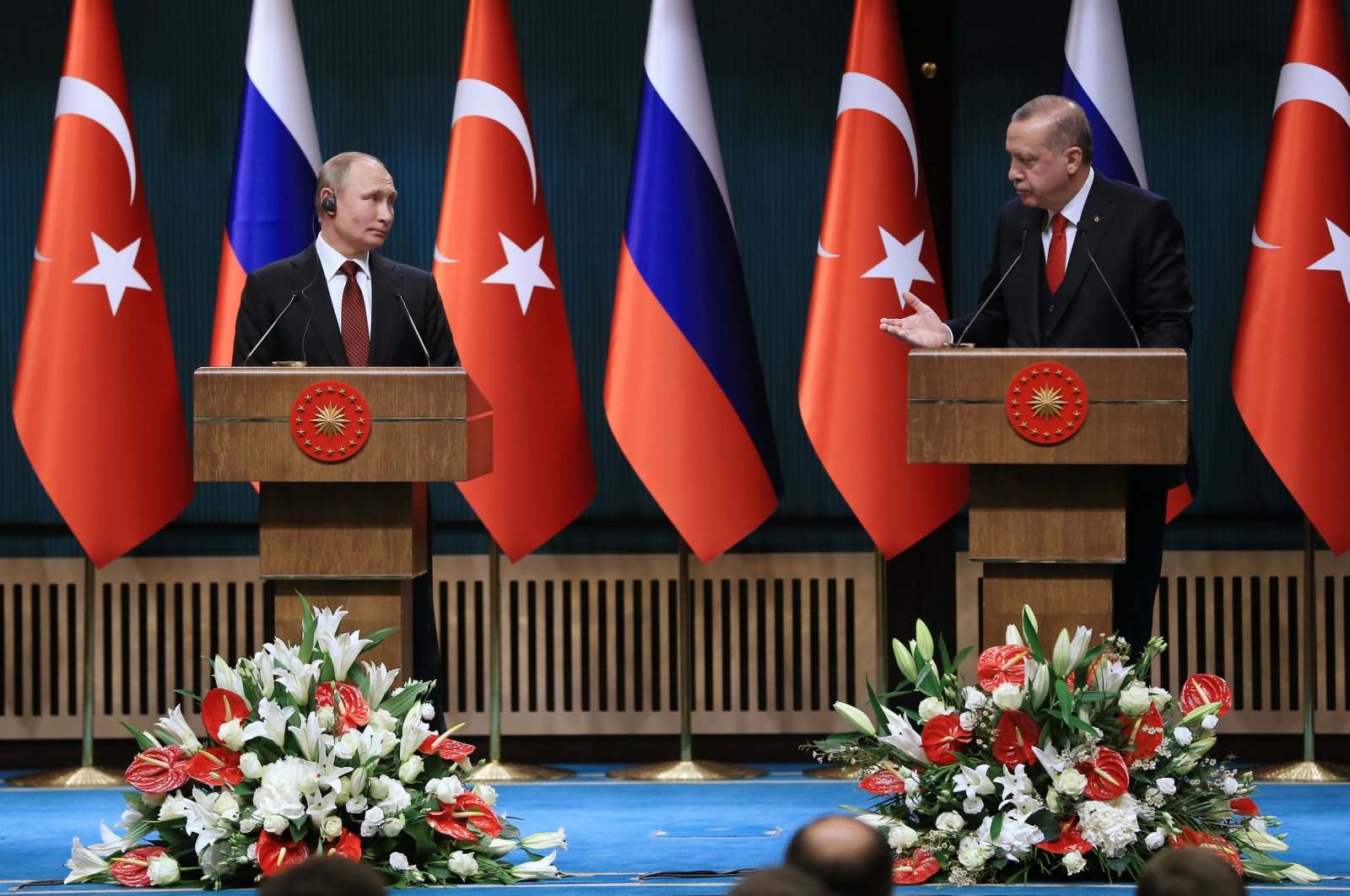 President Recep Tayyip Erdoğan and his Russian counterpart Vladimir Putin discussed the delivery of the Sputnik V vaccine in a phone call Wednesday.

The two leaders discussed the fight against COVID-19, in addition to the supplies of the Russian-made Sputnik V vaccine.

During the call, Putin stressed Russia's readiness to start deliveries to Turkey of the Sputnik V vaccine this month, the Kremlin said in a statement.

Russia and Turkey are also working on joint production of Sputnik V in Turkey.

Both sides share the view that anti-pandemic measures will make it possible to achieve a drastic improvement in the situation and to resume bilateral tourist ties, according to the statement.

The two presidents also praised the countries' cooperation on Syria and agreed to continue their efforts for a political solution.

They also agreed to further support the efforts of Libya's Government of National Accord to strengthen the country's integrity, with due consideration for the interests of the main political forces and regions, said the statement.

On the Nagorno-Karabakh settlement reached last November, Erdoğan addressed the activities of the "Russian-Turkish Center for Monitoring the Cease-fire" and all military operations in the former conflict zone.

Separately, a statement from the Turkish Presidency said Erdoğan "voiced Turkey's expectation that the shipment of Sputnik V vaccine, to be delivered from Russia to Turkey pursuant to the agreement made, would be carried out as planned."

Erdoğan also welcomed the addition of vaccine production to the many fields of existing cooperation between the two countries, the statement said.

Turkey's Health Ministry last week issued emergency approval for Russia’s Sputnik V vaccine, making it the third COVID-19 vaccine available for use in the country. Though Turkey has yet to receive any shipments of the vaccine, the health minister announced that they would acquire the jab soon.

Erdoğan last week confirmed the expected delivery of the vaccine and said Turkey does not have any problems in regards to its COVID-19 vaccine supplies. “We have enough vaccines for now. We held talks with Russia and we will bring in the Sputnik V vaccine,” Erdoğan told reporters in Istanbul Friday.

His remarks come at a time when the number of shots administered against the virus exceeded more than 24.1 million. Some 14 million people have had their first shots while more than 9.8 million have received the second dose of the vaccine.

Noting the importance of Turkish-Russian cooperation in ensuring lasting stability in Syria, Erdoğan also stressed in the call that "the regional normalization and stabilization process should also be used well in the Upper Karabakh issue."

The Turkish and Russian presidents have spoken on the phone three times this year, Jan. 13, Feb. 18 and April 9. In addition, via videoconference March 10 the two leaders attended the groundbreaking ceremony of the third power unit of the Akkuyu Nuclear Power Plant in Mersin, southern Turkey.

Last year, Erdoğan and Putin had more than 20 face-to-face meetings and telephone conversations.