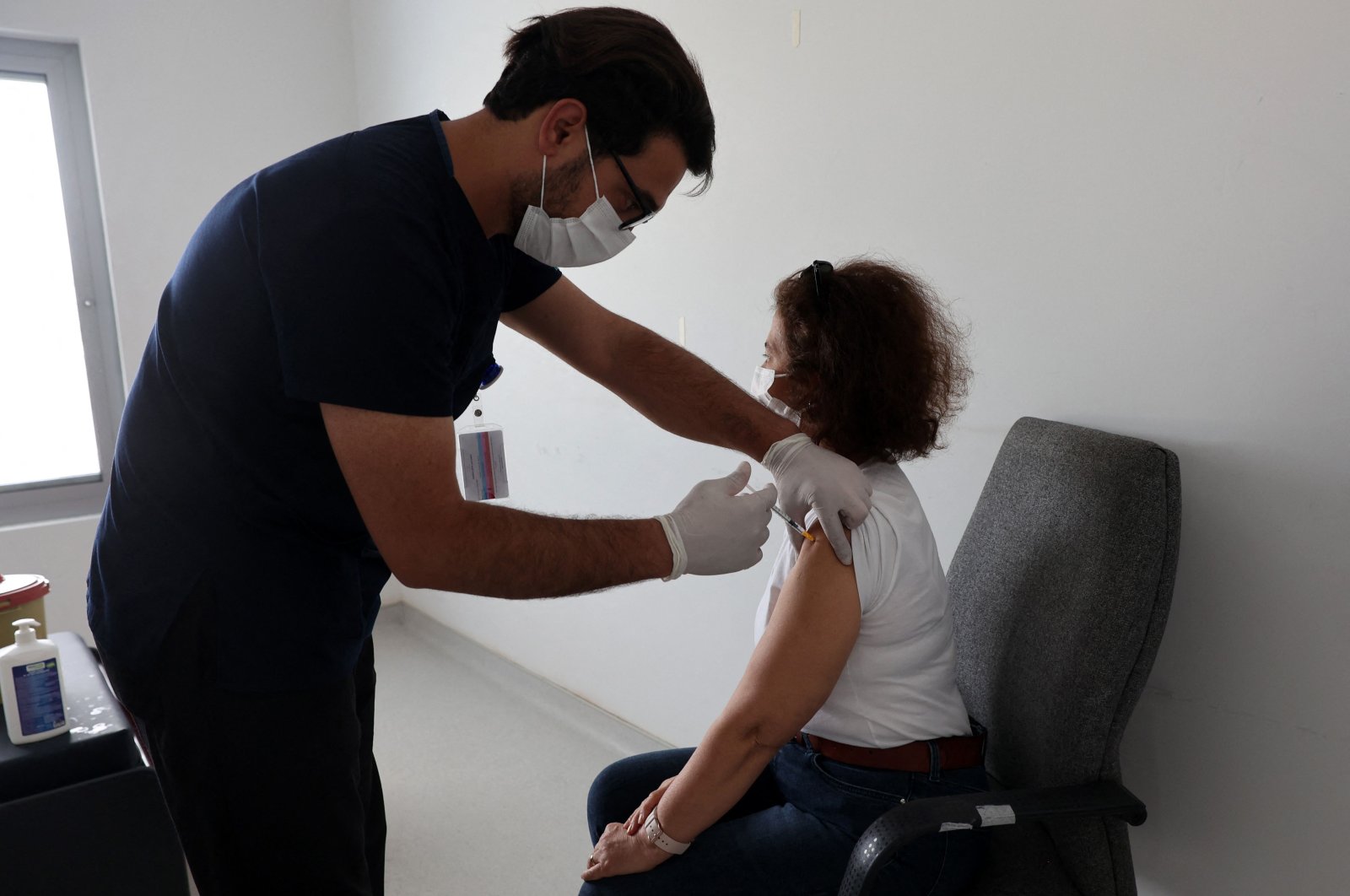 Turkey dropped one place in the rankings of global vaccination numbers, but with more than 24.1 million doses administered, it secured the seventh spot, with the latest data showing coronavirus cases decreased across the country in the past week

The number of vaccinations administered against the coronavirus has reached more than 1.1 billion globally, while in one month Turkey has dropped from sixth to seventh place in the rankings of countries administering doses. Still, with 24.1 million doses administered, it remains ahead of other countries like France, Italy, Indonesia and Russia – which is set to supply the country with its Sputnik V vaccine. The country also reported a significant decline in coronavirus cases in the past week for all 81 provinces, including Istanbul, which has the highest number of cases.

Statistics show the average number of vaccine shots per 100 people was 27.62 in Turkey. More than 14 million people have received their first jabs, while another 9.8 million people were administered second shots since an inoculation campaign began in January.

The vaccination drive started with CoronaVac before Turkey acquired the Pfizer/BioNTech vaccine recently. Earlier this week, Health Minister Fahrettin Koca announced that the country would acquire 50 million doses of Sputnik V vaccine within the next six months and 90 million more doses from Pfizer-BioNTech. Overall, the country ordered 240 million doses of COVID-19 vaccines, including 100 million from China’s Sinovac, though the shipment has hit some technical delays according to authorities.

Quoted by Yeni Şafak newspaper on Wednesday, Fahrettin Koca said they would likely administer a “locally-made vaccine as a 'third dose.'” Koca said a single third dose was recommended at least six months after a person is injected with the second dose and the current timeframe in the development of locally-made vaccines may be enough to catch up with that period. “I believe a domestic vaccine will eliminate our need for (dependence on abroad) for third doses,” Koca said. The minister noted that more than one locally-made vaccine would be available towards the end of 2021. He said an inactive vaccine developed at Erciyes University in central Turkey had wrapped up Phase 2 trials and may be available after later trials and analysis, “in September or October.” Koca noted that seven vaccine candidates developed by Turkish scientists had progressed: “We have another inactive vaccine in development and the Phase 1 trial of a virus-like particle (VLP) vaccine is underway. An adenovirus-based vaccine will start its Phase 1 trial in a few weeks,” he added.

A drop in cases

Turkey relies on a combination of vaccination and recoveries to develop mass immunity, while it strives to respond to a third wave of the pandemic. A 17-day lockdown is in place across the country. Data from between April 24 and April 30, one day before the start of the lockdown, shows the weekly number of cases decreased all across the country in that period.

Weekly cases are analyzed based on their number per each 100,000 population. A color-coded map was also introduced by Health Ministry to show the risk level of each province, based on weekly cases per 100,000 but it has not been updated since late March. Instead, Health Ministry prefers releasing weekly numbers as most provinces failed to downgrade their risk status.

The latest figures show the number of cases dropped in each province compared to the week between April 17 and April 23. Çanakkale has seen a drop at nearly 400 cases, to 439, while Istanbul experienced a similarly dramatic drop at around 322, to 532. Giresun and Tekirdağ, which failed to decrease their numbers, managed to bring them down in the last week of April.

The capital Ankara now has an average of 361 cases while the country’s third-largest province Izmir saw weekly cases dropping to around 223 from 335, per 100,000 people.