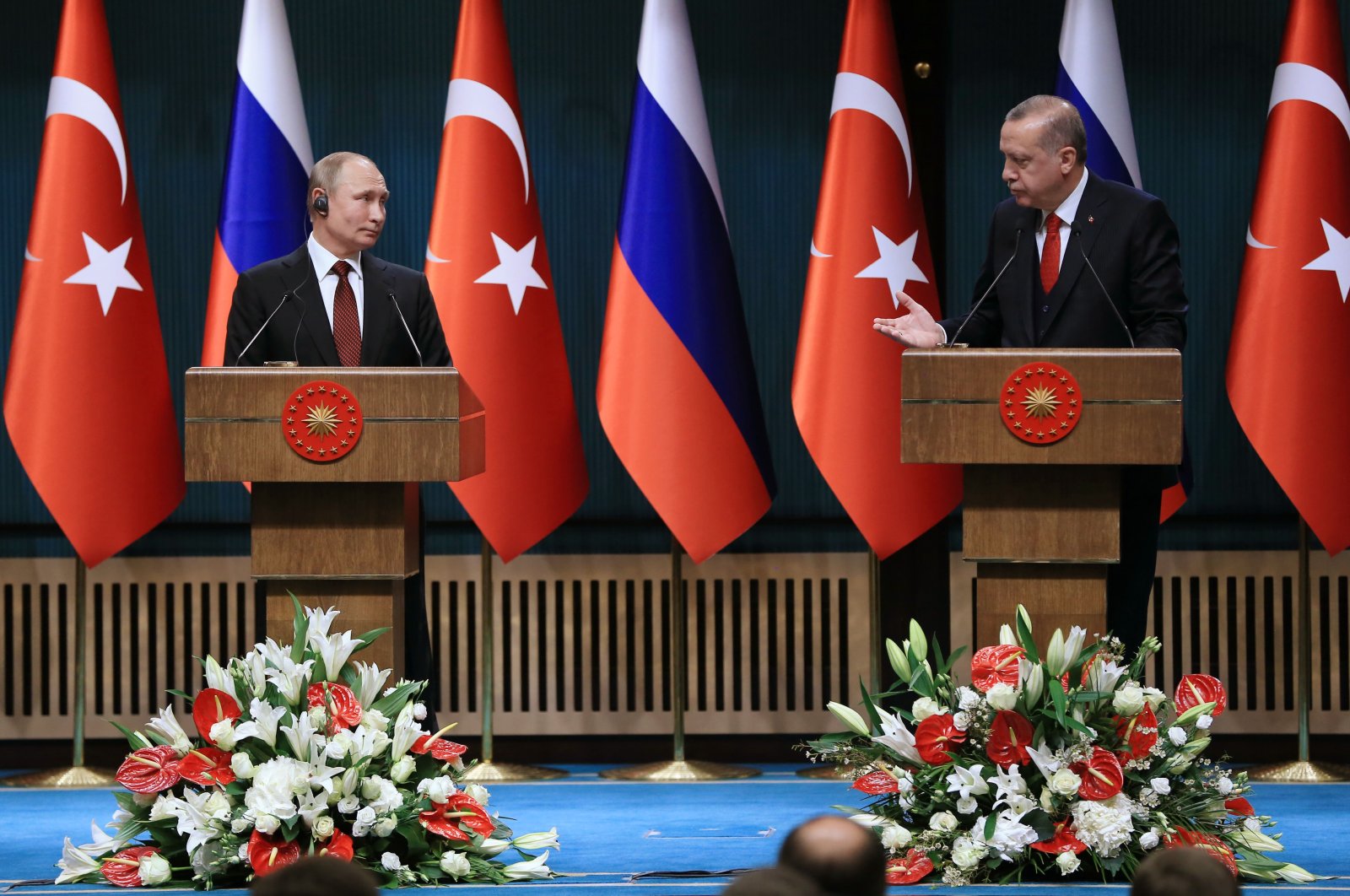 The two countries discussed steps to further enhance relations between Ankara and Moscow, while regional issues were also on the agenda of the two leaders.

According to a statement by the Communications Directorate, Erdoğan underlined the need to preserve the cease-fire in Nagorno-Karabakh, highlighting that the joint observation center in the Aghdam region of Azerbaijan is operating successfully.

The center, which both countries agreed to set up in November, officially opened in January. Both Turkey and Russia sent up to 60 personnel each to run the center.

Erdoğan further stated that as part of reconstruction efforts in the region, Turkish and Russian experts could come together with their Azerbaijani interlocutors for more efficient highway and railway access following the Jan. 11 agreement, signed by the leaders of Russia, Azerbaijan and Armenia to develop economic ties and infrastructure to benefit the entire Caucasus region.

Nagorno-Karabakh is entering a new period marked by construction and infrastructure work that will reshape the outlook of the region. Currently, the majority of the liberated land has the appearance of "ghost towns" as it suffered heavy damage during and after the occupation.

Following the 44-day conflict launched back in September 2020, as Azerbaijan declared a definite victory, Armenian forces left the region after vandalizing the houses and looting everything they could on their way out. Now, it is difficult to have a building in the cities of Nagorno-Karabakh, including Jabrayil, Fuzuli and Lachin, other than piles of stones. Although the symbolic city of the region Shusha was relatively luckier than the others in terms of surviving the vandalism, the religious and cultural monuments in the city still suffered from the aftereffects of the war.

Speaking on the Syrian civil war, Erdoğan stressed that it is for the benefit of everyone to find a solution as soon as possible, while he also said that it is important not to miss the opportunity to establish peace and stability in Libya following the election of a new interim government that will lead the war-torn country until national elections in December.