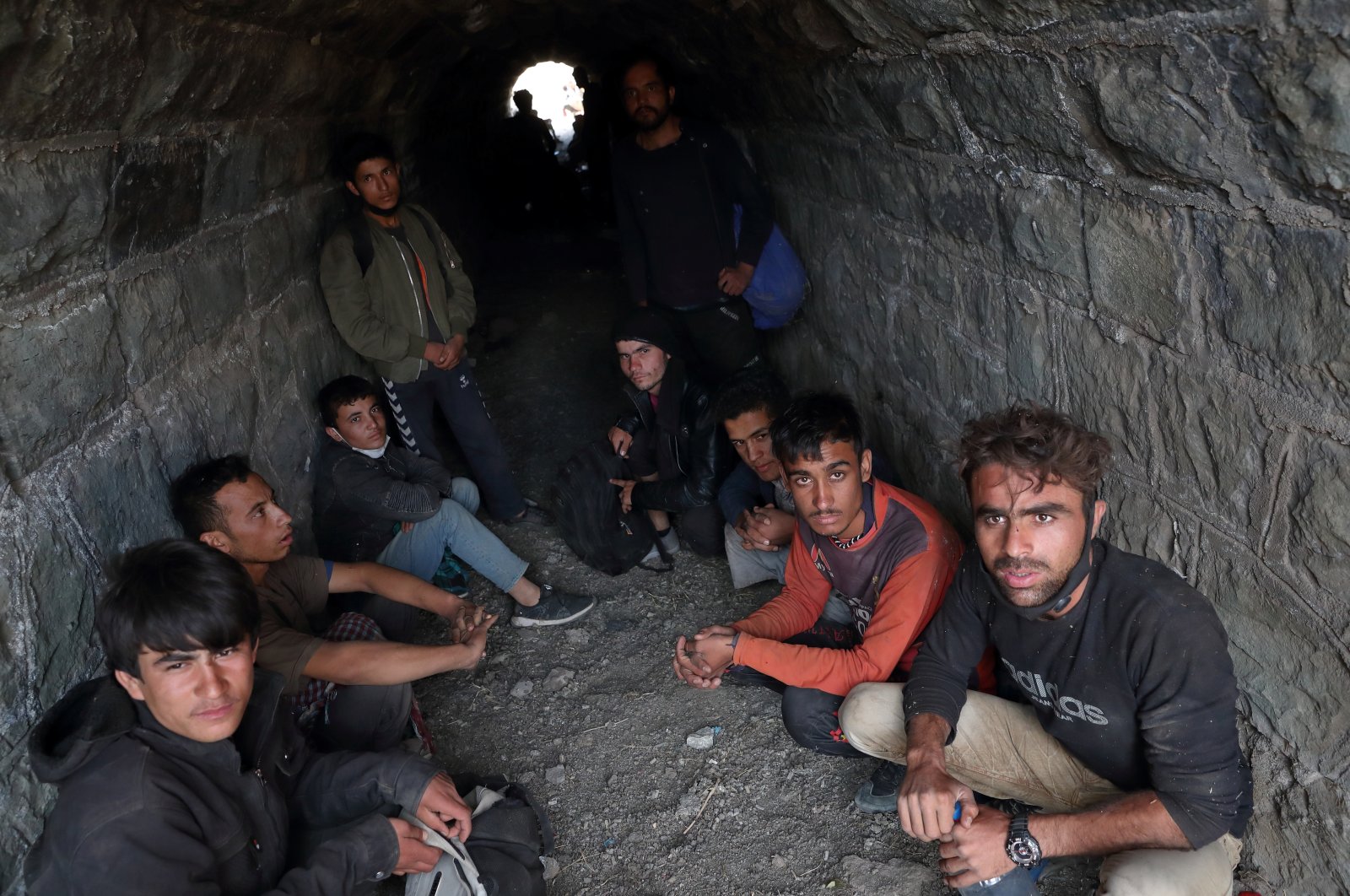 Afghan migrants hide from security forces in a tunnel under train tracks after crossing illegally into Turkey from Iran, near Tatvan in Bitlis province, Turkey, Aug. 23, 2021. (REUTERS Photo)
by DAILY SABAH Sep 10, 2021 10:35 am
RECOMMENDED

The wall that Turkey has built on the Iranian border cannot solve the refugee crisis on its own, the spokesperson of Turkey's Parliamentary Human Rights Investigation Commission said Thursday, calling on European countries to play a more active role in Afghanistan to resolve the international crisis and "act more conscientiously."

Speaking to the Deutsche Welle (DW) Turkish, Van lawmaker Osman Nuri Gülaçar from the ruling Justice and Development Party (AK Party) evaluated issues like the transition of Afghan refugees to Turkey, the latest situation in the region, the adaptation of Syrian refugees to Turkey, and Europe's expectations.

Stating that Turkey, which hosts millions of migrants, is not in a position to bear any more burden, Gülaçar said the number of Afghans arriving in the eastern border province of Van fell to 100 on some days but rose to 300 and 400 on others. "This migration has been an incredibly heavy burden. It is an intensity that can cause burden and tragedy, and it does not have a sustainable side."

Saying that the 2015 refugee crisis – when 1.3 million people traveled to Europe to request asylum – could have been instrumental in strengthening cooperation between Turkey and Greece, Erdoğan said Athens wasted this opportunity with its "uncompromising stance."

Concerns have risen over a possible spike in migrants from Afghanistan, due to the United States' pullout from the country and the following surge of Taliban attacks. Turkey has made it clear that it will not bear the burden of the migration crises experienced as a result of the decisions of third countries.

Turkey is not the only country putting up barriers. Its neighbor Greece has just completed a 40-kilometer (25-mile) fence and surveillance system to keep out migrants who still manage to enter Turkey and try to reach the EU.

Calling on Europe to take reasonable and more logical steps to provide serious support to Turkey in this sense, Gülaçar added: "Germany is currently the leader of Europe. I would also like to emphasize that we wish Germany to develop friendly ties with Turkey. And if the refugee problem is to be resolved, then more consultation and communication is needed. We have witnessed how badly Greece treats refugees. At the point of throwing their boats back into the rivers after they pierced, or throwing them into the sea, they were faced with a treatment that no human conscience would accept. Efforts should be made for a fairer system and order in the world."

Turkey and human rights groups have repeatedly condemned Greece's illegal practice of pushing back asylum-seekers, saying the country violates humanitarian values and international law by endangering the lives of vulnerable migrants, including women and children. A recent report by Amnesty International titled "Greece: Violence, lies and pushbacks" documented "how the Greek authorities are conducting illegal pushbacks at land and sea." Pushbacks are considered contrary to international refugee protection agreements.