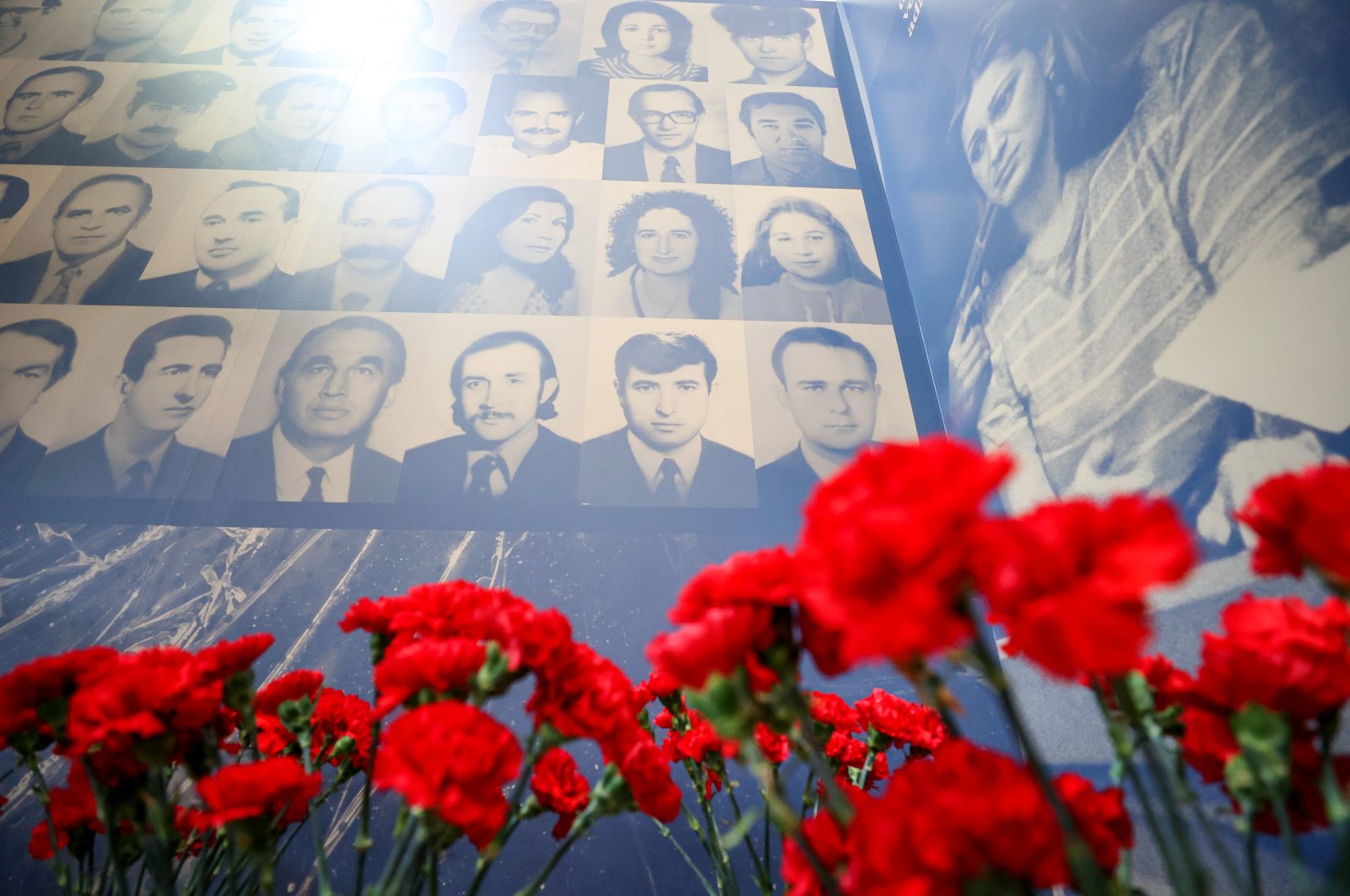 Turkey's Directorate of Communications opened an exhibition in Los Angeles on April 24 in memory of Turkish diplomats killed by Armenian terrorists.

The exhibition dedicated to killed Turkish diplomats attracted widespread attention. Turkey's Consul General in Los Angeles Oğuz Can and Consul General of Azerbaijan in Los Angeles Nasimi Agayev, as well as the representatives of Pakistan and Syria and a large number of citizens attended the opening ceremony.

Speaking at the ceremony, Can thanked everyone who contributed to the preparation of the exhibition and stated that the Armenian terror wave that started in Los Angeles in 1973 continued in the following years and targeted more than 30 diplomats and their relatives.

"We never forget them, but we remember them again on days like this," Can said and added that those who spoke about the pain of the Armenian side only should especially listen to the stories of the killed Turkish diplomats.

Can said: "We did not rise in anger and hatred due to the massacre of our citizens in difficult times such as World War I, but we did not forget them either."

Emphasizing that they absolutely do not support the pain experienced in history being used as a political tool by third countries, Can said that such decisions will cause problems today and in the future.

Agayev in his speech expressed that Turkey and Azerbaijan always stand shoulder to shoulder throughout history, and they stood together against the Armenian terrorist organizations against the atrocities.

In a statement for the "Martyr Diplomats Exhibition" released by the Directorate of Communications on Thursday, it was stated that the attacks in the 1970s and 1980s carried out by Armenian terrorist groups – the Armenian Secret Army for the Liberation of Armenia (ASALA) and the Justice Commandos of the Armenian Genocide (JCAG) – killed 58 Turkish citizens, including 31 diplomats. A total of 77 people were killed in these attacks and many were injured.

These attacks were just two of the many assassinations of Turkish diplomats and family members around the world by Armenian terrorist groups that acted in revenge for what they call the genocide of Armenians during the last years of the Ottoman Empire.

The exhibition aims to explain the details of systematic terrorist attacks and assassinations that targeted Turkish officials who represented the country abroad.

In the exhibition, which includes panels showing the terrorist attacks and assassinations carried out by Armenian terrorists by country and city-based graphics and a date strip, there are special images featuring the stories of the murdered diplomats, along with high-resolution photographs made with artificial intelligence technologies.

In a period when allegations of the so-called "Armenian genocide" are being ignited by Armenian lobbies and some countries for political goals, the exhibition also focuses on Turkey's efforts to reveal the truth and facts about the 1915 events.

It was reported this week that U.S. President Joe Biden is planning to recognize the events of 1915 as "genocide."