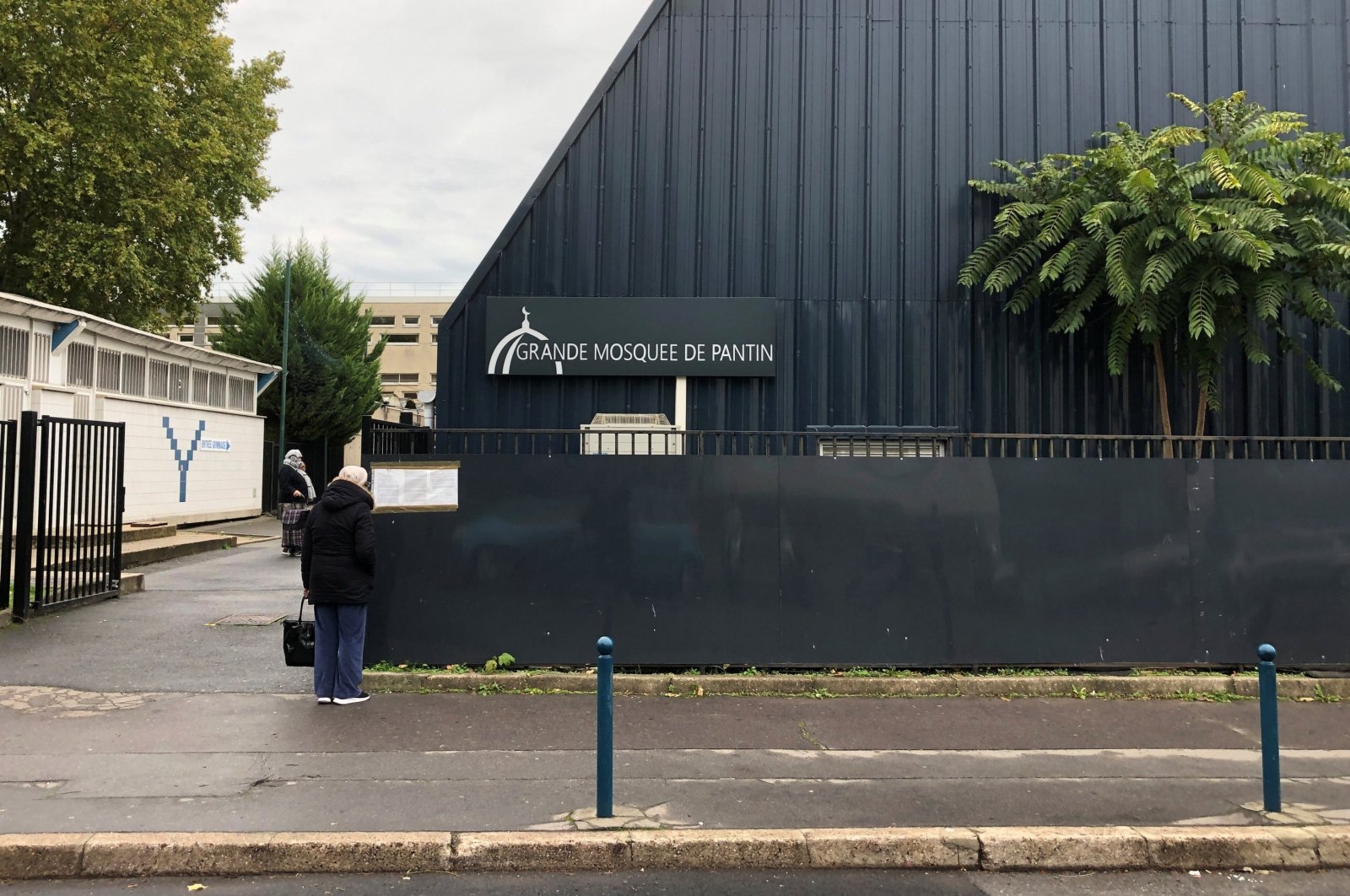 A woman reads a prefectural decree installed on the entrance gates of the Grand Mosque of Pantin, near Paris, France, Oct. 20, 2020. (Reuters Photo)
by DAILY SABAH WITH AA Jul 25, 2021 11:44 am
RECOMMENDED

Turkey's Presidential Communications Director Fahrettin Altun on Saturday criticized the French parliament for passing a new controversial bill that will only further marginalize Muslims and other religious minorities.

Altun said on Twitter that though France claims to be based on the principles of freedom, equality and fraternity, it has increased its interference in the lives of religious minorities through the bill adopted on Friday in a bid to keep extremism in check.

Countries have a great responsibility given the increasing attacks against Muslims in Europe, Altun said, adding that Turkey will continue to closely follow developments concerning the bill.

France on Friday adopted a controversial bill as a riposte to "religious groups attempting to undermine France's secular traditions."

The so-called anti-separatism bill was adopted in parliament by a final vote of 49 - 19, with five abstentions.

The bill may have to pass the final hurdle of the Constitutional Council – the highest constitutional authority, which has the right to overrule provisions of approved bills.

Several parties have opposed the text and threatened to seek recourse from the Council on what they deem as discriminatory provisions, particularly to those related to the prohibition of homeschooling.

During the discussion, socialist politician and leader of the La France Insoumise party, Jean-Luc Melenchon, introduced a motion to reject the bill which he said was "anti-republican" and "anti-Muslim." The motion was opposed by lawmakers.

Later, in a series of tweets, Melenchon denounced the text of the bill against Muslims because it "invents a hollow and hazy concept: separatism."

He said it was shameful that hours were dedicated to discussing "the veil, the burkini, foreign flags at weddings and even ululations" amid the coronavirus pandemic.

Florent Boudie of the ruling La Republique en Marche party welcomed the final text, which does not contain controversial provisions like prohibiting the wearing of the veil targeting the Muslim community.

He said the provision "would have risked distorting the French conception of secularism."

The bill, however, has an overbearing impact on aspects of education, social and religious life, women's rights and the establishment and management of religious associations.

It bans polygamy or forced marriages and the issuance of virginity certificates, makes places of worship more transparent and forbids political meetings in a religious building, among others.

The initial aim of the bill that was backed by President Emmanuel Macron and Interior Minister Gerald Darmanin was to fight online hate speech, strengthen regulation on foreign funding of religious associations, ban homeschooling and reinforce the principle of neutrality in public service.

It was introduced for approval of lawmakers in December after France was gripped by a series of extremist attacks, including the stabbings of school teacher Samuel Paty as well as at the Nice cathedral, in the aftermath of satirical magazine Charlie Hebdo republishing offensive caricatures that depicted the Prophet Muhammad.

Macron defended the publication as freedom of speech and vowed to fight those with "separatist ideologies."

His comments led to protests against France in Islamic majority countries and drove a further wedge between himself and Turkish President Recep Tayyip Erdoğan.

The Turkish Foreign Ministry had slammed Macron’s “Islamic separatism” remarks for having a distorted approach and attempting to control migrant communities in Europe through the establishment of fabricated concepts.

Turkish Muslim groups in France were determined not to sign, and thereby support, France's new anti-Muslim bill on the "charter of principles" of Islam until amendments are made.

Erdoğan said earlier this year that Western countries continually turn a blind eye towards growing anti-Islam sentiment. Erdoğan also called on Turkish institutions to take action on issues related to Muslims and Turks in these countries.