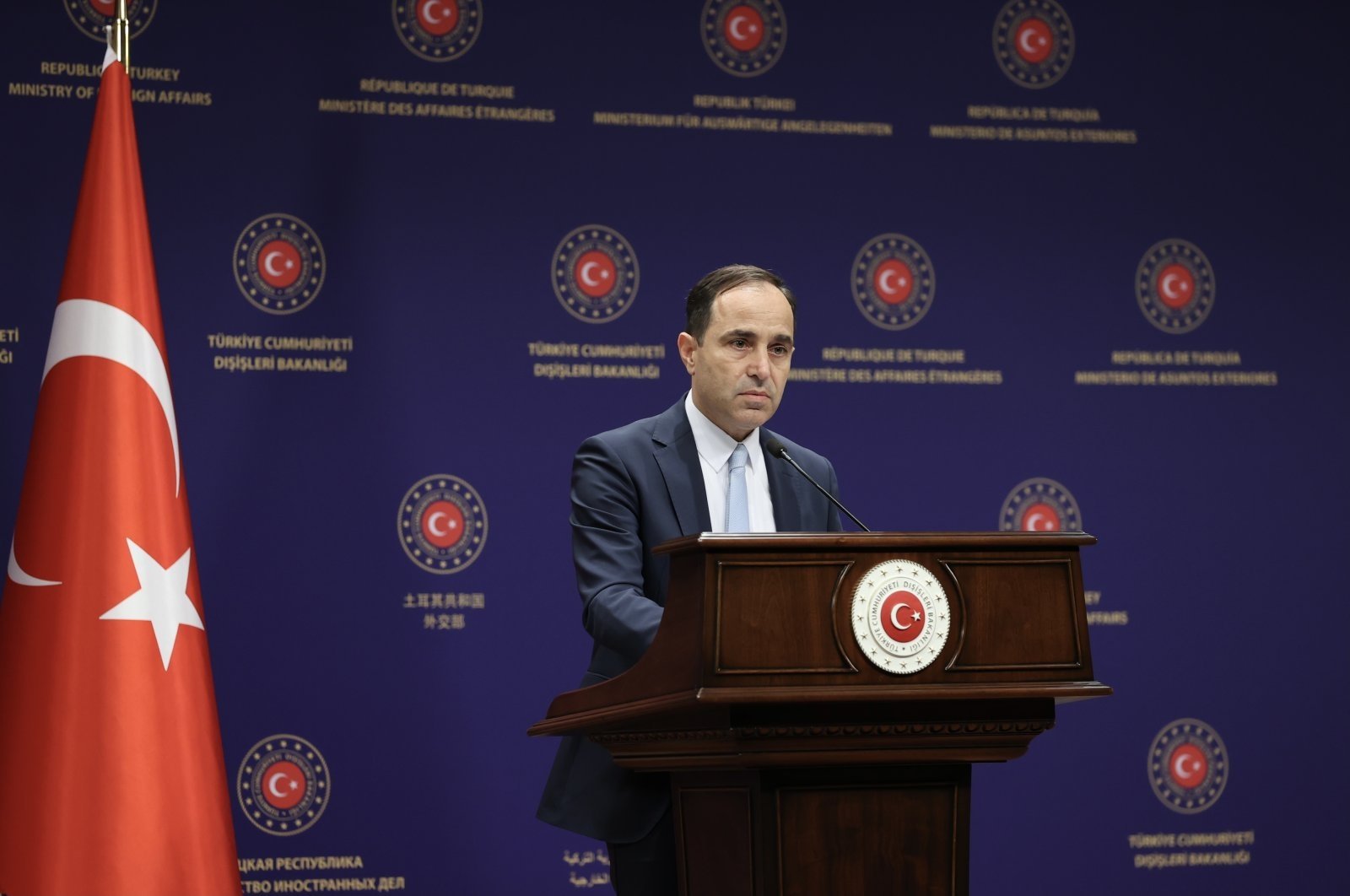 The decision of Germany's Federal Court of Justice (BGH) in the National Socialist Underground (NSU) serial killings case showed that Germany should take the threat of racism, xenophobia and Islamophobia more seriously, a spokesperson for the Turkish Foreign Ministry said Thursday, pointing out that the true dimensions of the NSU organization were not further investigated.

"The decision did not fully clarify the nature of the serial murders committed by a racist gang. It also did not ease the conscience of the victims' families, and damaged the trust in the judiciary," Foreign Ministry spokesperson Tanju Bilgiç said, emphasizing that the judiciary is absolutely independent.

"This decision reinforced the perception that racism and xenophobia are not punished as they deserve to be," he added.

The federal court confirmed on Wednesday a sentence of two and a half years against NSU supporter Andre E. This means that the sentence issued by the Munich Higher Regional Court from 2018 is now legally binding, the presiding judge said. The BGH had dismissed the appeal of the main defendant, Beate Zschaepe, without a prior hearing in August, confirming her sentence to life imprisonment as an accomplice in the racially motivated murders carried out by the NSU. The sentences against three other NSU accomplices have been legally binding for some time.

With the verdict, the mammoth trial on killings and other crimes carried out by the right-wing extremist terrorist group has concluded.

The neo-Nazi terrorist cell carried out murders in Germany for several years. Nine tradespeople of Turkish and Greek origin and a German police officer were the victims of the NSU between 2000 and 2007, but the murders long remained unresolved.

The German public first learned of the group's existence and its role in the murders in 2011 when two members – Uwe Mundlos and Uwe Bohnhardt – died after an unsuccessful bank robbery.

The case against Andre E. was the only one to be heard by the BGH, with the accused claiming he was innocent and prosecutors arguing that the sentence was too mild. The judges at the original trial had considered it proven that Andre E. had organized several rail cards for the NSU trio in 2009, 2010 and 2011, which were made out to him and his wife but bore photos of Boehnhardt and Zschaepe. He had known that Zschaepe, Boehnhardt and Mundlos planned to commit acts of terrorism. He had also rented mobile homes that the NSU used in two robberies and an attack in Cologne.

The BGH said no legal errors had been made at the trial and dismissed both appeals. The detailed written reasons for the judgment are expected to be published in January.

The trial, which ran in Munich from May 2013 to July 2018, gripped the nation and ended with a life sentence for Zschaepe and sentences of varying severity for the other NSU members on trial. Zschaepe and three of her co-defendants in the NSU trial appealed against their sentences, and the case reached the BGH in January. However, the court overturned the request.