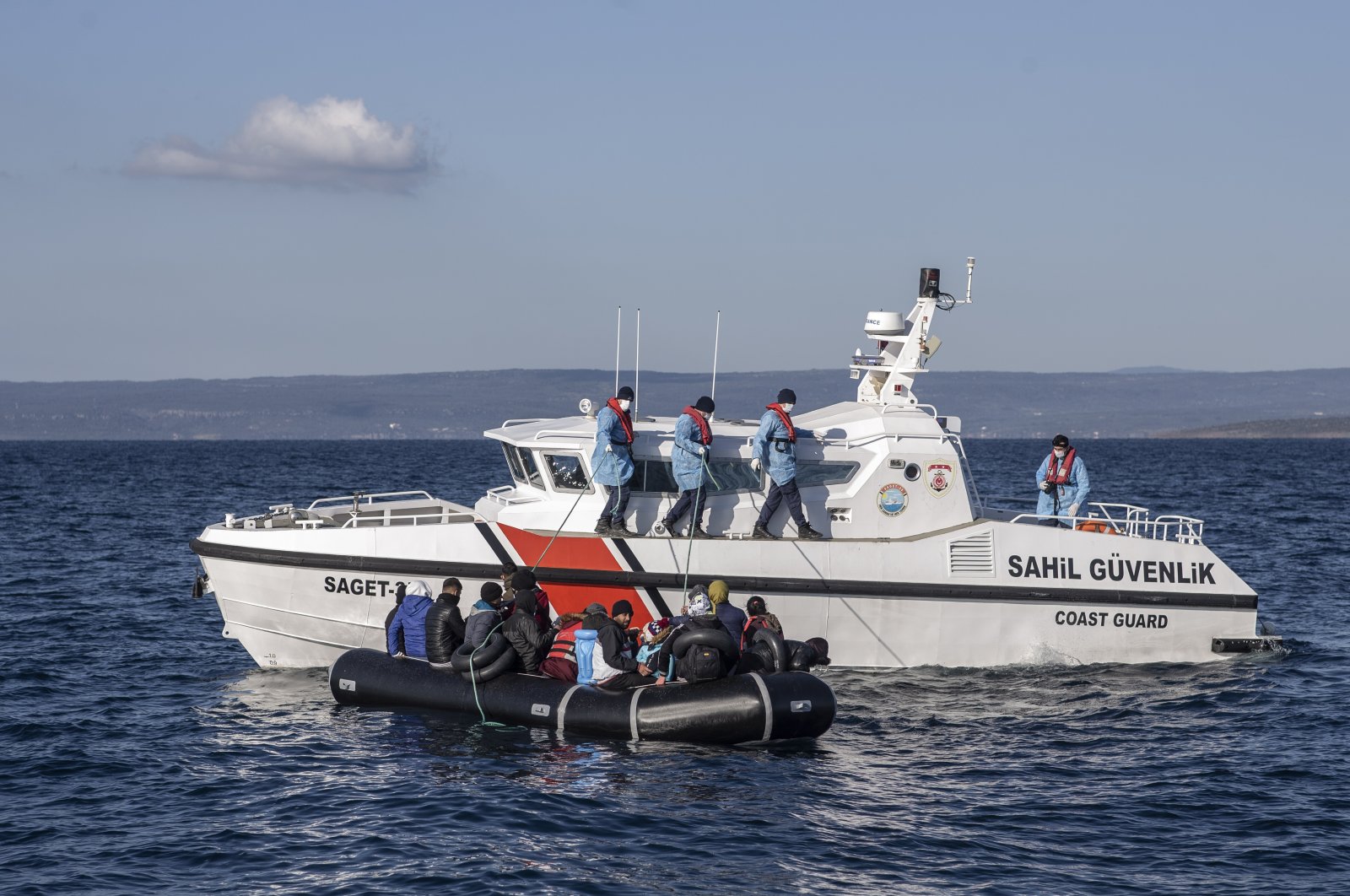 Members of the Turkish Coast Guard take migrants, who were allegedly pushed back from the Greece side, on a boat during a patrol to search and rescue migrants offshore the Ayvalık district in Balikesir, Turkey, 10 April 2021. (EPA Photo)
by Daily Sabah with Reuters May 12, 2021 11:51 am
RECOMMENDED

Greece should end its practice of pushing irregular migrants back from its borders toward Turkey and launch a probe into the allegations, Europe's top human rights watchdog has said.

In a letter to Greek ministers dated May 3 and published on Wednesday, the Council of Europe's Human Rights Commissioner said there had been "numerous credible allegations" since at least 2017 of asylum-seekers being illegally returned to Turkey or left adrift at sea but that Athens had simply dismissed them.

"I urge you (Greece) to put an end to these practices and to ensure that independent and effective investigations are carried out into all allegations of pushbacks and of ill-treatment by members of security forces," Mijatovic said.

In a response also published by Mijatovic's office, Greece said it had investigated the allegations and found them "largely unsubstantiated."

"The actions taken by the Greek authorities, at our sea borders, are being carried out in full compliance with the country's international obligations," Greek ministers were quoted as saying in their response to the council.

They said Greece had rescued thousands of people since the start of Europe's migrant crisis in 2015 and that officers had to do their job "against the backdrop of an unfavorable environment of intended misleading information emanating in most cases from the smugglers' networks."

EU member states were involved in pushing back some 40,000 migrants and refugees into Turkish waters, resulting in the deaths of over 2,000 individuals during the pandemic, according to an investigation by the Guardian last week.