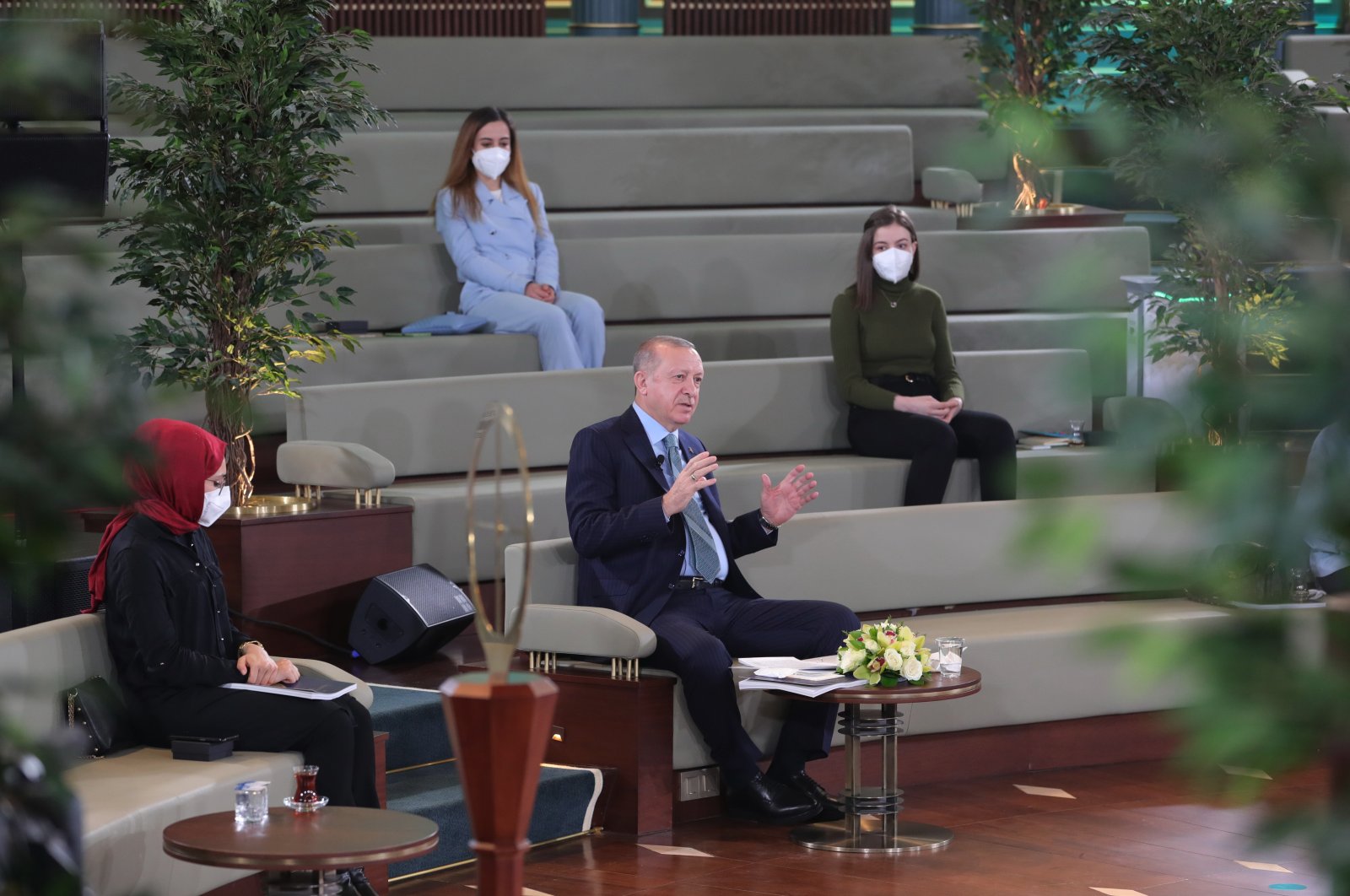 With such remarks, Draghi has undermined developing Turkey-Italy relations, Erdoğan added during his meeting with young people in a library in the capital Ankara.

Ambassador Massimo Gaiani, who has been serving as the Italian ambassador in Turkey since January 2019, was summoned over Draghi's remarks, in which he called Erdoğan a "dictator."

He added that Turkey "returns" the remarks made.

"We can create a fairer, better, stronger version of the Istanbul Convention and go forward with that," he argued.

Turkey withdrew from the convention on March 20, arguing that the pact conflicted with local traditions and that Turkish laws provide ample protection to women.

'Admirals' Montreux declaration is not freedom'

Regarding the retired admirals' controversial declaration on the Montreux Convention, Erdoğan expressed that the issue has nothing to do with the freedom of speech.

"There are no retired or on-duty soldiers. A soldier is a soldier," the president emphasized and added: "There are some (soldiers) who got accustomed to act this way. If you like this so much, you would enter politics."

After Turkey's decision last month to withdraw from the Istanbul Convention, a European treaty aimed at preventing and combating violence against women, with a presidential decree, it came into question whether Turkey could withdraw from other international agreements the same way. In a TV interview, Parliament Speaker Mustafa Şentop said that technically it is possible and gave the example of the Montreux Convention Regarding the Regime of the Straits. Following discussions about Şentop's statements, 104 retired admirals released a statement warning the government.

"We are of the opinion to refrain from any kind of rhetoric or action that could make the Montreux Convention ... a matter of controversy," they said. The Ankara Chief Public Prosecutor's Office launched an investigation and later released all of the detained admirals on Tuesday.