Majority of Turkish people do not trust NATO: Survey 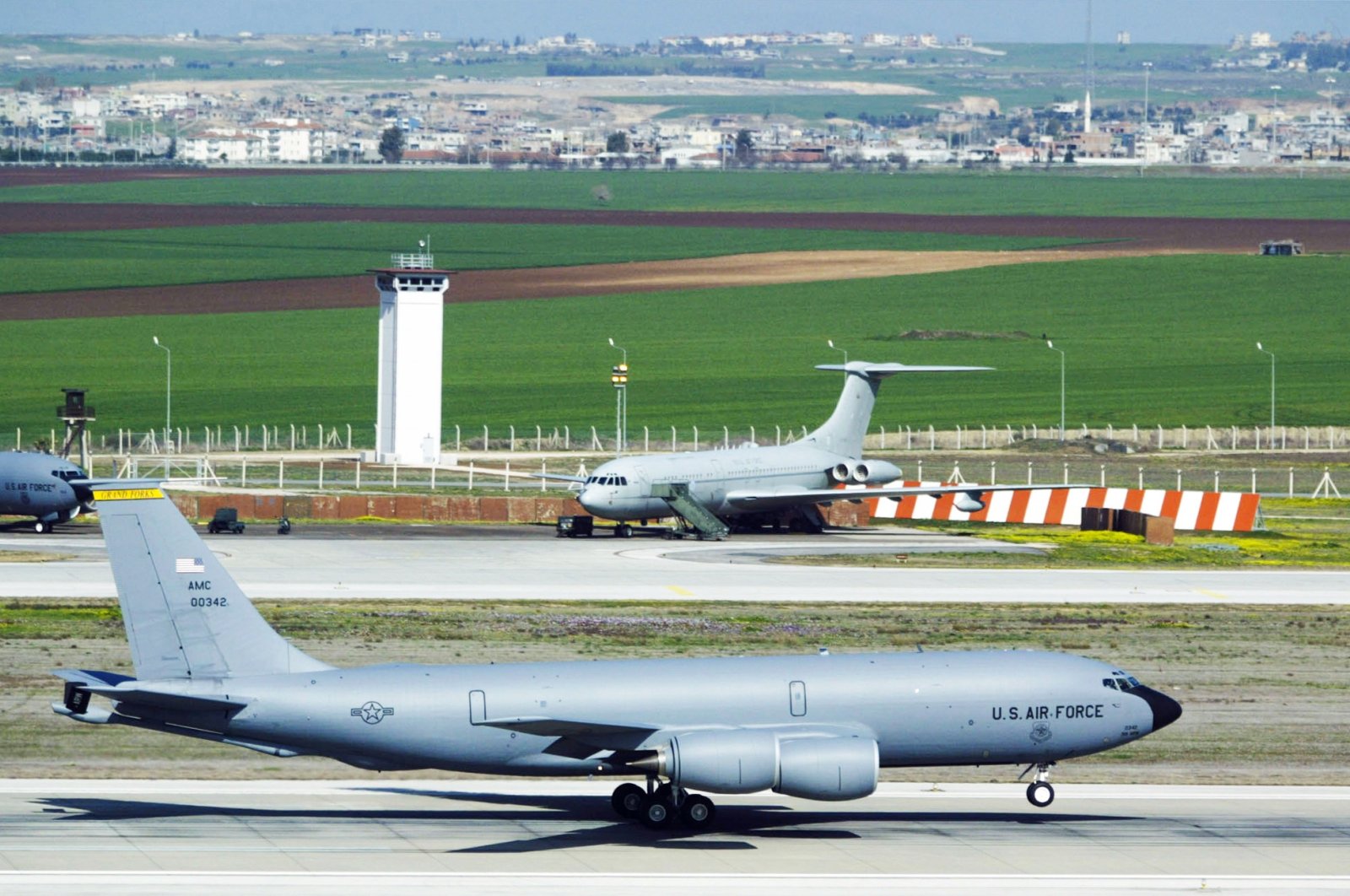 A whopping majority of Turkish people do not trust NATO, according to a recent survey conducted ahead of the bloc’s upcoming summit in Brussels. The poll was conducted with 2,477 participants between June 7-8 by Areda Survey.

Some 90.3% of the participants believe NATO would not stand beside Turkey in case of a potential dispute, while 51.7% said they believe the bloc exploits Turkey for its own interests.

In response to a question about whether they think NATO protects Turkey’s interests, 84.6% said no, while 15.4% said yes.

Meanwhile, 55.7% said they do not trust NATO at all in terms of standing beside it in case of an invasion of Turkey.

Turkey also hosts many NATO initiatives. There is a NATO headquarters in Turkey's western Izmir province, an air base in the southern Adana province, another one in Diyarbakır and a NATO Rapid Deployable Corps in Istanbul. It also hosts the AN/TPY-2 radar in eastern Malatya province as part of the organization’s missile shield project.

The first disappointment came in 1964 when Turkey decided to take action in Cyprus where Turkish Cypriots were suffering under the Greek Cypriots. Then-United States President Lyndon B. Johnson, sent a controversially undiplomatic and coarse letter to Turkish President Ismet Inönü, saying that in case of an intervention in non-NATO member Cyprus by Turkey as one of the guarantor powers of the island, NATO would not side with the country.

In the late 1990s, when the fight against the PKK was at its height in Turkey, particularly in the eastern regions of the country, NATO ally Germany claimed that Turkey was using weapons against civilians and issued an embargo on the country instead of supporting its fight against terrorism.

Over time, siding with terrorists rather than Turkey became a pattern for many NATO member countries, particularly the U.S. The U.S. has supported the PKK’s Syrian offshoot, the YPG, in Syria for years now, despite Turkey’s warnings that the group is a security threat for them.

Turkey says the weapons are ultimately transferred to the PKK, which is designated as a terrorist group by the U.S., Turkey and the European Union, and used against Turkey.

NATO has shown some support to Turkey regarding the Gülenist Terror Group (FETÖ). On the first anniversary of the failed coup attempt in Turkey, NATO Secretary-General Jens Stoltenberg said, “I reiterate my strong message that any attempt to undermine democracy in any of our allied countries is unacceptable.”

FETÖ, led by U.S.-based Fetullah Gülen, sought to topple the Turkish government and seize power on July 15, 2016. The coup attempt was prevented by loyal military troops, police and millions of Turkish citizens. Some 250 people, mainly civilians, were killed by putschist soldiers. Still, the U.S., despite receiving evidence regarding FETÖ’s role in the coup attempt, has not extradited Gülen to Turkey.

NATO also failed Turkey in supporting the country from the destructive nature of the civil war in Syria. In 2012, Turkey requested that NATO Patriot missiles be placed on its borders to secure them. However, although the missiles were in Turkey for some time, before long, NATO countries took them back, leaving Turkey alone to defend itself.

In 2017, in what was a humiliating incident for Turkey during a joint NATO military exercise in Norway, a picture of Mustafa Kemal Atatürk, the founder of Turkey, was placed among the pictures of “enemy states.” During that time, a fake Facebook account was also issued under the name of President Recep Tayyip Erdoğan with posts favoring “enemy states.”

After Turkish military officials took notice of the incidents, the necessary measures were taken by NATO and a promise was issued to Turkey that similar issues would not occur again.

These series of incidents have significantly damaged NATO's image in the eyes of the Turkish public.

Despite this fluctuating relationship, NATO continues to express Turkey’s worth in the organization, saying that it is a strategic ally. “Turkey is important for NATO, but NATO is also important for Turkey. The alliance is based on the core principle of ‘one for all and all for one,’” Stoltenberg told Anadolu Agency (AA) at the NATO headquarters in Brussels ahead of his official visit to Turkey.