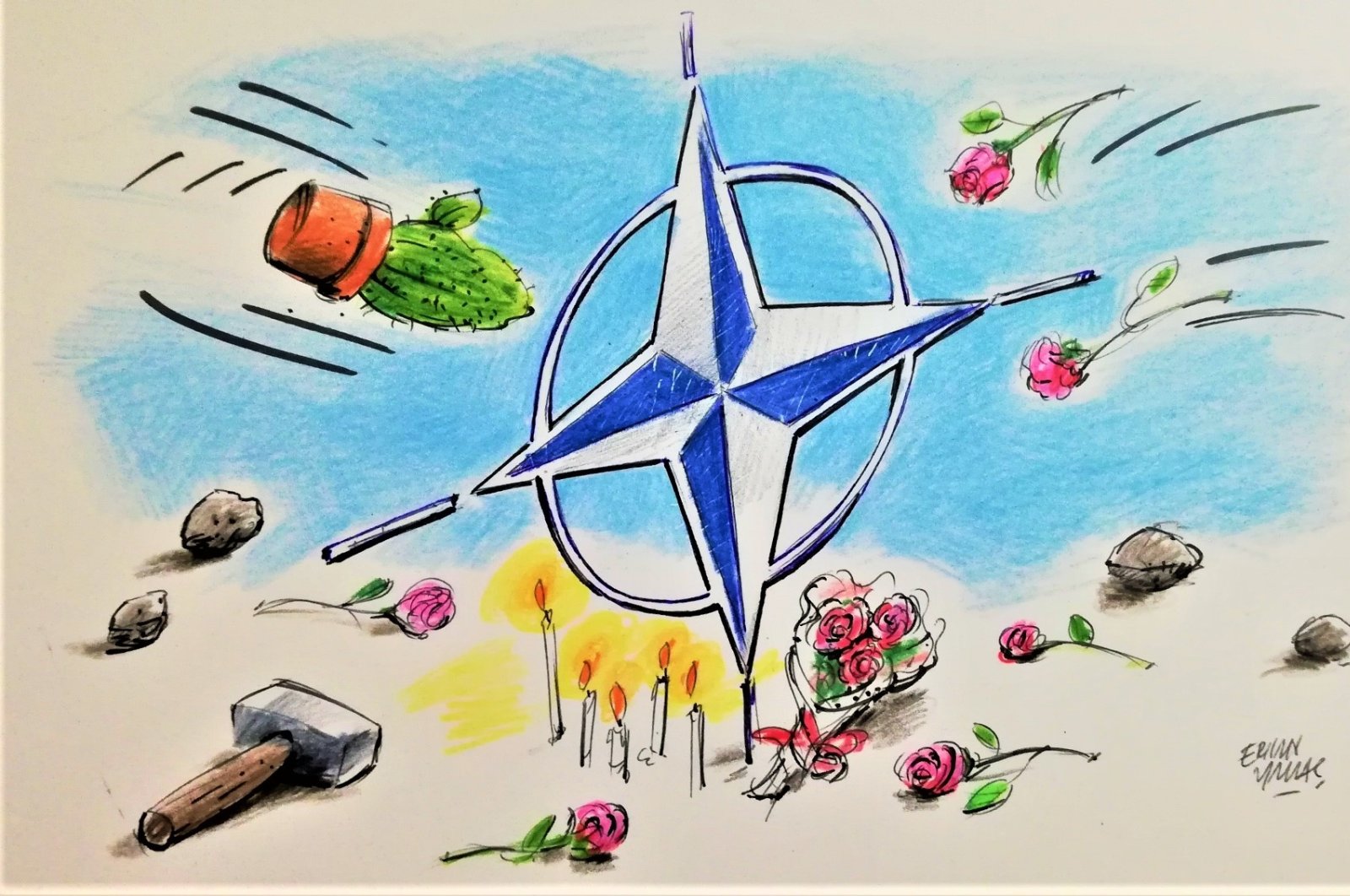 Illustration by Erhan Yalvaç
by Burhanettin Duran Feb 22, 2021 12:05 am
RECOMMENDED

The PKK terrorists' execution of 13 unarmed Turkish citizens in Gara, northern Iraq, will remain the subject of heated political debate for some time. The debate could have an impact on Turkey's foreign policy if it builds on the political consciousness that awakens following events of this nature and supports our fight against terrorism – rather than the opposition’s accusations.

Unlike the U.S. Department of State, which was compelled to condemn the PKK after issuing a scandalous initial statement, NATO’s Secretary-General Jens Stoltenberg unequivocally denounced the act of terrorism and offered his condolences to the Turkish people.

Praising Turkey’s contributions to the fight against Daesh terrorists, he highlighted that the country has suffered more terror attacks than any other NATO ally and hosted millions of refugees.

I must say that Stoltenberg plays a constructive role through his promotion of dialogue and empathy among NATO allies, opposing Turkey’s alienation – at a time when there is talk of NATO’s “brain death.”

However, it is expected that Turkey's role within NATO will be more intensely debated in the coming months.

In December, when NATO allies were discussing their vision for 2030, Washington was preoccupied with the turbulent transfer of power to Joe Biden, who intends to strengthen the alliance.

Under former U.S. President Donald Trump, NATO summits had been uncharacteristically tense. Replacing a president who called NATO “obsolete,” threatened to leave the alliance citing the failure of European allies to pay and moved to pull U.S. troops out of Germany, Biden intends to restore faith in the United States.

The Biden administration consists of policymakers who believe that international order must rest firmly on American values. In addition to strengthening Washington’s cooperation with its European and Asian allies, containing China and Russia are at the top of the new administration’s agenda.

Biden, too, is expected to emphasize collective security and pursue a foreign policy centered around economic security. That approach inevitably calls for stronger ties to NATO and the European Union.

It remains unclear, however, how exactly Washington intends to get there. When Trump belittled NATO, the Europeans began to think about securing their own future and pursuing strategic autonomy.

They may not have agreed on that goal, but whether Europe will choose to re-engage with the U.S., as they did in the past, under Biden is unknown.

Another important question is how pro-European the Biden administration’s alliance plans to be. For example, Germany remains under pressure over the Nord Stream 2 project.

It remains unclear whether China’s commercial expansion, a shared concern, will compel Washington and the Europeans to adopt a common policy. Indeed, Trump (or someone else) may win the U.S. presidential election in four years to restore “America First” and downplay the trans-Atlantic alliance.

As NATO allies attempt to reinvigorate the organization, budget issues, the withdrawal from Afghanistan and Turkey’s position will be on the table.

In the recent past, French President Emmanuel Macron expressed his frustration with Turkey’s actions in Syria, the Eastern Mediterranean and Libya by taking a jab at NATO.

The Western media echoed the sentiment, complaining about Turkey’s “problematic” situation within the alliance.

It is unclear how the U.S. will treat Turkey, as it attempts to strengthen NATO. If the Biden administration were to object to Turkey's relations with Russia on the grounds they harm NATO, not to mention the S-400 missile deal, it would have a negative impact.

President Recep Tayyip Erdoğan clearly expressed Turkey’s disappointment with its allies over their failure to support the country against terrorist groups like the PKK and the Gülenist Terror Group (FETÖ), declaring: “If we are to stand together with you around the world, and within NATO, you must act sincerely. You cannot stand with the terrorists.” A warning that must be taken seriously.

Calls for the creation of new mechanisms to limit Turkey’s veto powers and for closer cooperation with countries that are concerned about Turkish foreign policy are ideologically motivated as opposed to rational.

The rational nature of Turkey’s relations with Russia must be appreciated. Any policy that successfully addresses Turkey’s national security concerns would only strengthen NATO.