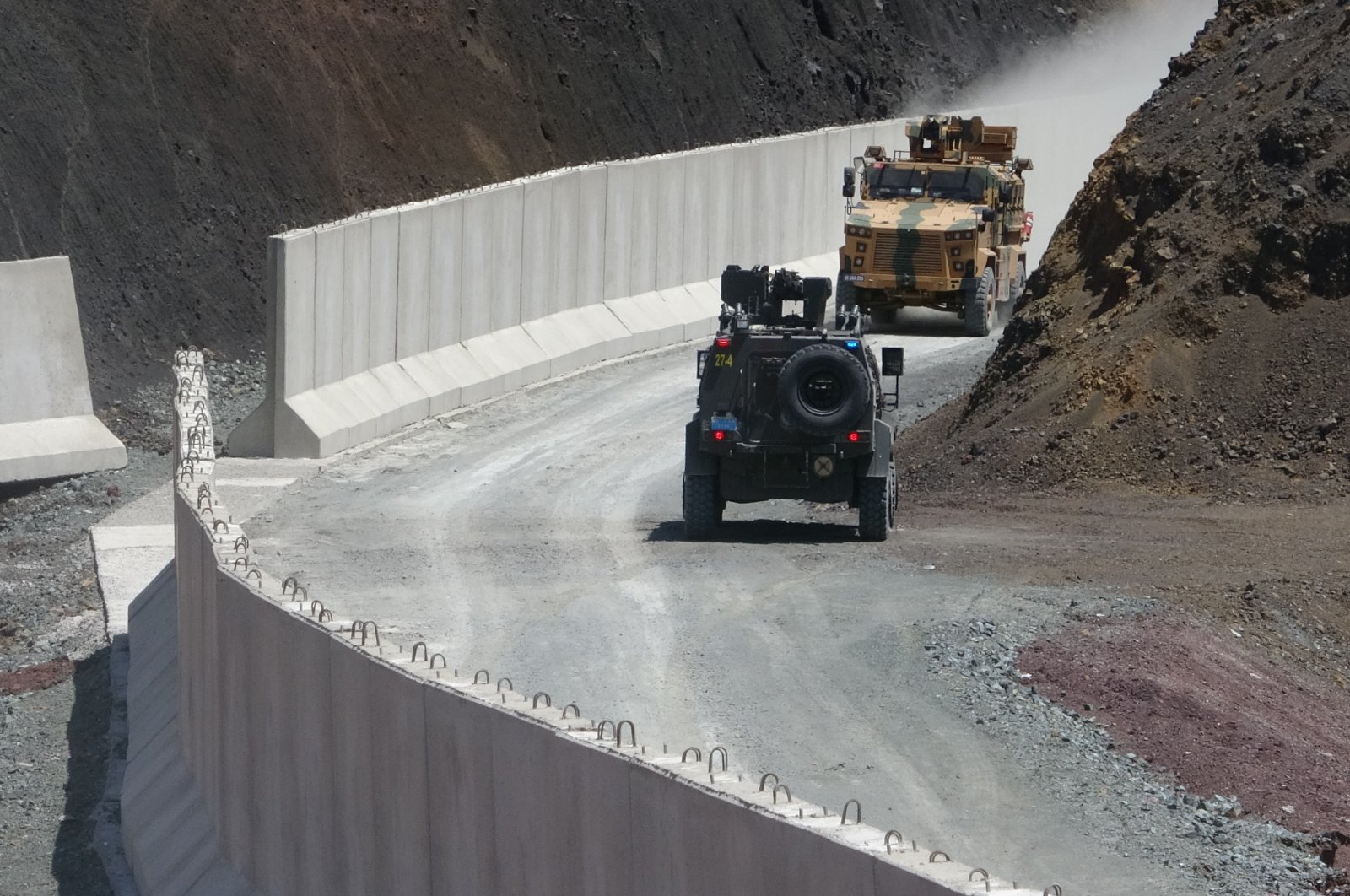 Measures taken by Turkey have prevented a possible migrant influx from Afghanistan following the Taliban's takeover of the country, the governor of Turkey's eastern border province Van said Tuesday.

The Coordination Meeting for Combating Irregular Migration was held in Van with the participation of officials from three eastern provinces, including Van, Hakkari and Bitlis.

Stating that the gendarmerie, police, border units and migration directorates had been successfully fighting against irregular migration, Van Governor Mehmet Emin Bilmez emphasized that coordination between institutions is at its highest.

"A wave of migration was expected after the Taliban took over the administration in Afghanistan. There was a serious concern that this migration would lead to Van via Iran. Thanks to the measures taken, it was seen that the border could not be crossed, it was not possible to cross here, and the expected great migration wave did not occur," he said.

Underlining that though the migration pressure for Turkey this year has not been more than last year, he said the measures they have taken are at a higher level than the previous year.

"We need to continue by increasing the measures. Developments in Afghanistan and the region always make the border crossing of this region important. The measures taken at the border, the construction of concrete walls continues," he added.

Turkey hosts nearly 4 million refugees – more than any country in the world. After the Syrian civil war broke out in 2011, Turkey adopted an “open-door policy” for people fleeing the conflict, granting them “temporary protection” status. Afghans are believed to be the second-largest refugee community in Turkey after Syrians. Many of the migrants arriving via Iran are heading for Istanbul to find work or passage to another coastal city from which to embark for Europe. In Van, which has the longest border with Iran, security forces are taking every possible precaution to prevent illegal crossings, smuggling activities and the infiltration of terrorists by constantly monitoring and patrolling the border with armored vehicles.

In the face of a potential migrant wave due to the instability emanating from Afghanistan, Turkey has maximized its measures on its eastern border. The country has also continued efforts to bolster the security of its border with Iran to prevent any new migrant wave in the face of recent developments in Afghanistan. The beefed-up border measures in Turkey began as the Taliban started advancing in Afghanistan and took over Kabul in August.

Turkey has been a key transit point for asylum-seekers attempting to cross into Europe to start new lives, especially those fleeing war and persecution. Concerns have risen over a possible spike in migrants from Afghanistan due to the United States' pullout from the country and the subsequent surge of Taliban attacks. Turkey has made it clear that it will not bear the burden of the migration crises experienced as a result of the decisions of third-party countries. President Recep Tayyip Erdoğan urged European countries to take responsibility for any new influx, warning that Turkey had no intention of becoming "Europe's migrant storage unit."