Merkel underlines need to work closely with Turkey about Afghanistan 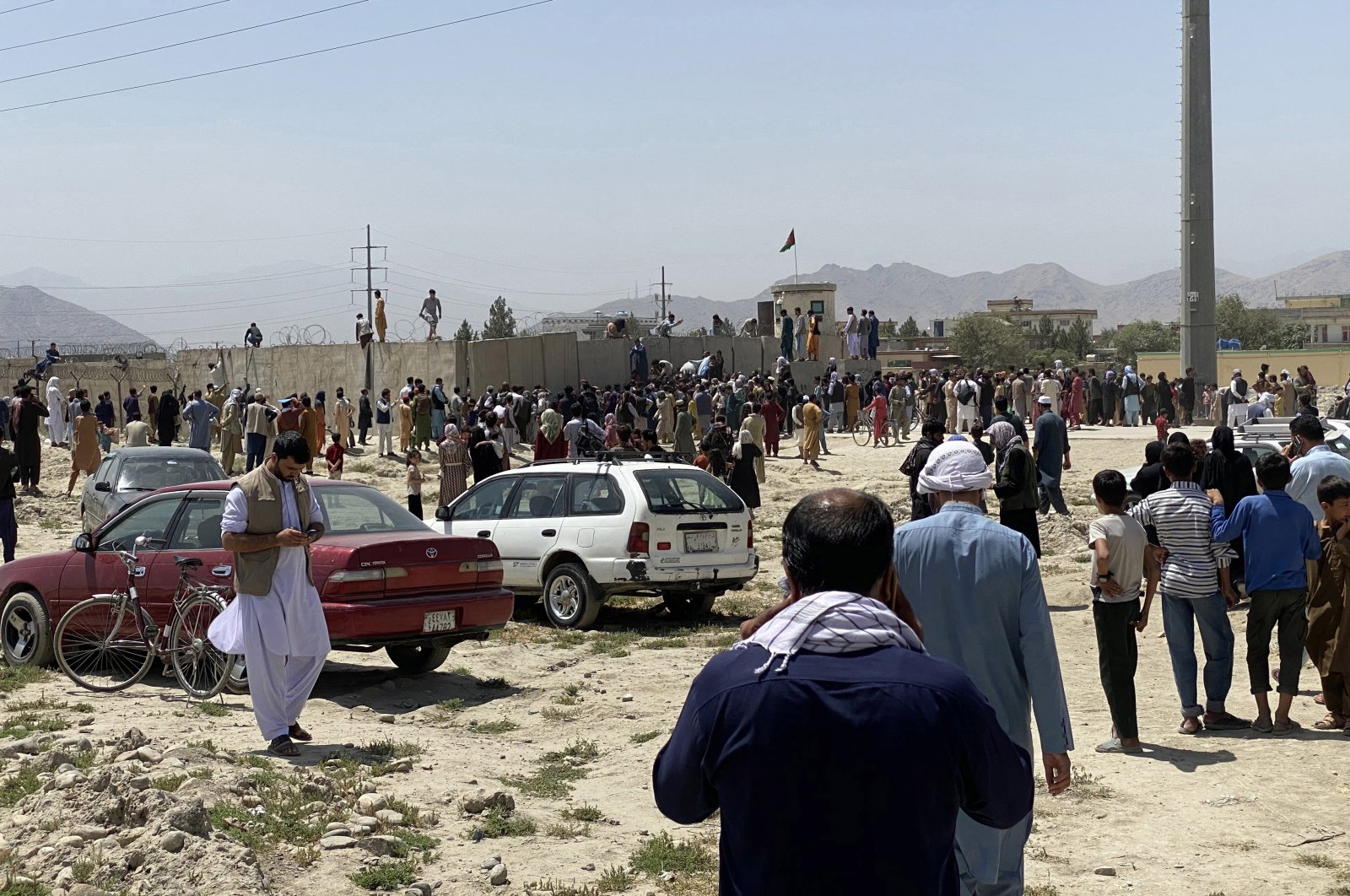 People struggle to cross the boundary wall of Kabul Hamid Karzai International Airport in a bid to flee the country after the Taliban took control of Kabul, Afghanistan, Aug. 16, 2021. (EPA Photo)
by DAILY SABAH WITH AA Aug 16, 2021 12:42 pm
RECOMMENDED

Germany's Chancellor Angela Merkel on Monday said it is necessary to work closely with Turkey in light of the current situation in Afghanistan.

Based on information obtained from Christian Democratic Union Party (CDU) sources connected to the meeting, the German Bild newspaper reported that Merkel shared her views on the situation in Afghanistan.

Germany is interested in providing local support to people in Afghanistan and a possible refugee wave, Merkel said, adding "besides that, we need to work closely with Turkey."

It was reported that the German chancellor said the decision to withdraw from Afghanistan was ultimately made by the Americans and that it has had a domino effect.

"We are living bitter hours, now we must concentrate on rescue efforts," she said.

Regarding the situation in Afghanistan, President Recep Tayyip Erdoğan said Sunday: "In Turkey, we are facing a wave of Afghan migrants through Iran," adding that his country would continue to make every effort to help bring stability to Afghanistan and the region.

The Turkish Embassy in Kabul will continue operations, the Turkish foreign minister also said on Sunday.

All necessary measures have been taken regarding Turkey's diplomatic missions and personnel in Afghanistan, said Mevlüt Çavuşoğlu in a press briefing prior to departing from Algeria.

Noting that the Turkish Embassy continues to operate in Kabul, Çavuşoğlu said all consular operations are continuing at Turkey's diplomatic missions.

"I would like to assure you that we have made our preparations against all odds," he added.

He said that communication is ongoing with the relevant authorities in Afghanistan to ensure the safety of Turkish citizens opting to stay in the country.

After key provincial capitals crumbled back-to-back in a single day, the Taliban rallied their forces around all four corners of Kabul in the early hours of Sunday, igniting anxiety and panic in the country's biggest city housing some 6 million inhabitants.