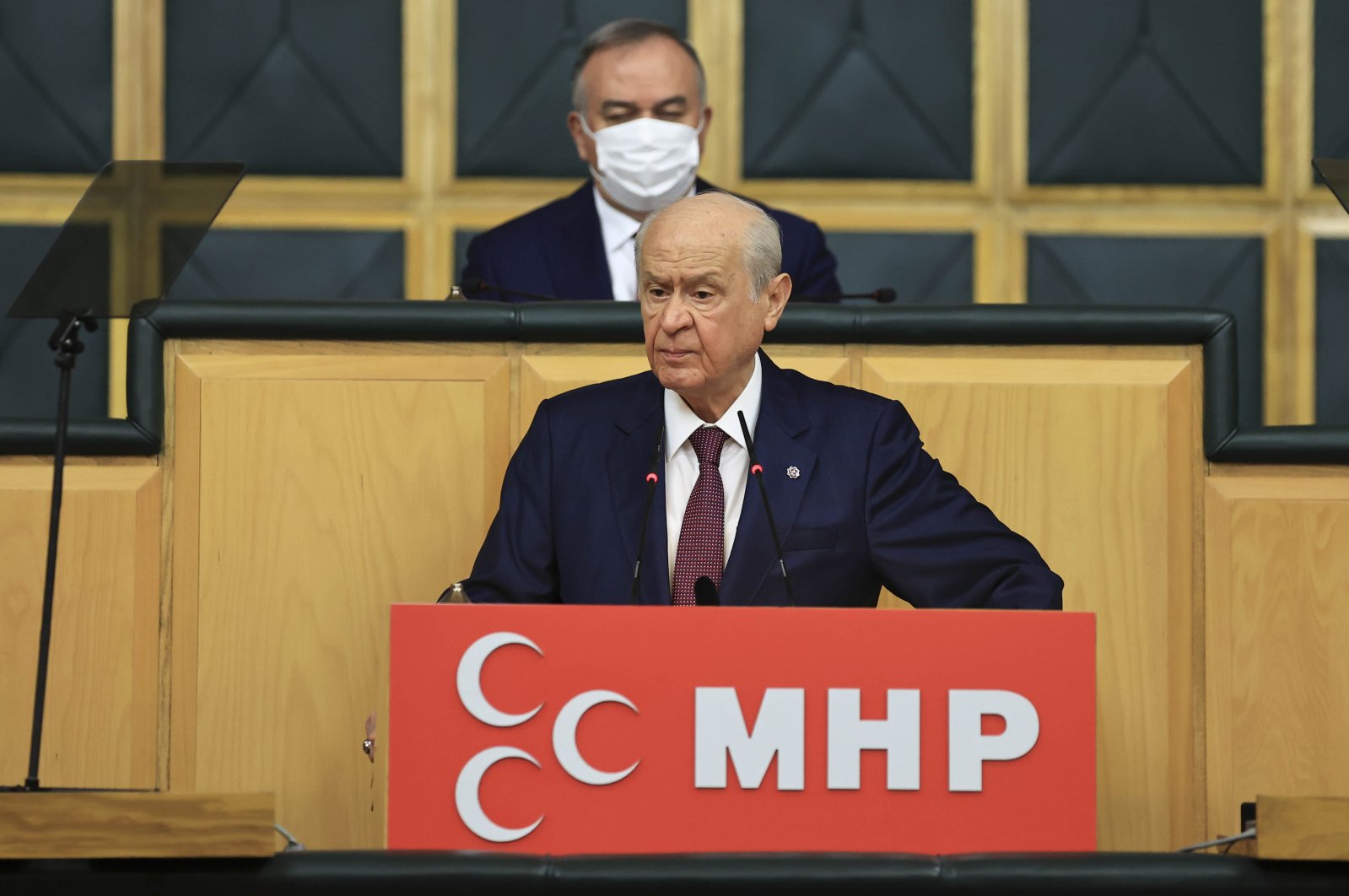 Speaking at his party’s parliamentary group meeting, Bahçeli said Turkey should set up a guard duty in Jerusalem if the U.N. or Muslim countries are not planning to establish a peacekeeping force, as he said Jerusalem does not only concern Palestinians but humanity as a whole.

“If there is a call, let us answer it ... Let us stop the bloodshed and ensure peace and stability,” Bahçeli told fellow party members.

He continued by saying that former U.S. President Donald Trump and his successor Joe Biden all have contributed to the shedding of Palestinian blood.

“The indifference of leaders in the Muslim world strengthens Israel’s hand,” Bahçeli said, as he criticized the inaction of Muslim countries regarding the ongoing Israeli violence, which claimed over 212 lives, including over 60 children.

A vocal critic of Israel, Bahçeli last week urged the International Criminal Court (ICC) to hold Israel accountable for its crimes against Palestinians.

Turkish officials have intensified diplomatic efforts to put an end to Israeli aggression against the Palestinians, as President Recep Tayyip Erdoğan and Foreign Minister Mevlüt Çavuşoğlu have been holding discussions with global counterparts in this regard.

Hundreds of Palestinian protesters were injured in renewed attacks by the Israeli police in the occupied East Jerusalem holy site Al-Aqsa Mosque after days of raids and attacks against peaceful worshippers during the month of Ramadan.

Israel also resumed airstrikes against the Gaza Strip, as some said the strikes resembled those in 2014.

Some 212 people, including 61 children, 35 women and 16 elderly citizens were killed in Israeli attacks, according to the Palestinian Health Ministry.